Departing La Paz for the Sea of Cortez...

I wasn’t sure if I was embarking on a dream or a nightmare — life had certainly not turned out as I planned — but only time would tell . . . Excerpt from the journal and ship’s log of the sailing vessel LOCATION . . . A single-hander’s memoir of voyages and adventures sailing the coast of Baja, the Sea of Cortez, and the Mexican Riviera…

I woke this morning early, eager to go. I spent most of yesterday in awkward anticipation, not really sure about my journey, my direction, or if my decision is correct. Well, it’s definitely not correct . . . at least not by most conventions. And yet, it is probably the correct course of action for me at this time. With little left in my life to risk, including all the dreams of a conventional life, stepping out on this journey is certainly better than sitting in limbo with no other future in sight . . . well, I almost convinced myself.

I had coffee and listened to the “cranky old men” on VHF channel 21. The three main characters in this scrum, spent most of their time as usual discussing / arguing American politics, which they have all foresworn, but non-the-less feel compelled to complain about; and when that got stale, complaining about local Mexican politics and policies, which they now live under and therefore feel entitled to argue also, concocting or at least perpetuating rumors and innuendo about anything that came into question. They were the ones who worried me last week about the National Parks Permit, which it turns-out never existed.

At 8 a.m. I switched to channel 22 and listened to the La Paz Cruisers Net. Its more structured format was far more constructive and informative — the tides were normal, and the weather would be good, despite a lingering Pineapple Express with steady south winds and moderate seas. The La Paz Cruiser Fest, sponsored by Club Cruceros, was set to begin on April 3rd, and many events were planned. The Sea of Cortez Sailing Week event, sponsored by Latitude 38 Magazine, was set to begin on April 1st — there were jokes, of course, about April Fools’ Day — and they already had thirty boats signed up despite their original limit of twenty. Both groups stated that they were sorry about the two events conflicting and vowed to not conflict in the future. There were a number of new boat arrivals announced on the Net, and new departures as well. The cruising life moved with a calm easy flow as usual, as usual.

The Gulf of California... aka: The Sea of Cortez 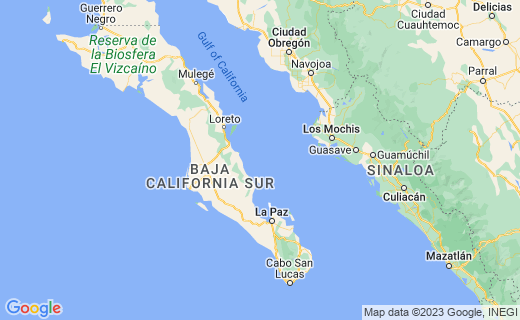 The morning reflected the weather on the Sea of Cortez — a little cooler than normal with a high thin overcast drifting overhead, and a light breeze coming out of the southwest. There were heavier and darker clouds piled up across Bahia de La Paz, with virga hanging in the air masking the mountains to the west. I was feeling a little gray and bleak myself, and on the verge of using the dreary sky as an excuse to again postpone my departure. But as the day progressed the sun managed to peek through the clouds and my mood warmed.

I had a last hearty breakfast at the Twin Palms Terrazzo, and said my goodbyes to Phil and Coco, promising I would return to La Paz in the future. With the declining Marina population and the dwindling economic times in general, I hope that Phil can keep his little café going . . . the prices are right and the food is great.

My prep work was done and the boat was ready to go. The wind was blowing the right direction. I departed the slip at Marina Costa Baja at eleven a.m., and made a quick stop at the fuel dock for my final check-out at the Marina office. Gilberto, the marina manager, was cordial and nonchalant as usual. 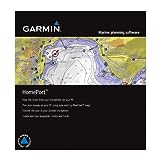 “Buenos días Gilberto,” I said, greeting him as I entered the office through the sliding glass door.

“Buenos días señor,” he replied, glancing up from his desk.

At which, he made an attempt, it seemed, to brighten his attitude. “But why señor? Where are you going?”

We had already discussed this, but I played along. “I’m going sailing, to see the rest of the Sea of Cortez.”

“I am sorry to have you go señor.”

The paperwork was quick, in fact, it was non-existent. He would credit back my deposits to my VISA card, he said, after they read the meters and charged me for the utilities, and my final boat bottom cleaning.

“Would you like me to call the Port Captain where you are going?” he asked.

“No thank you,” I replied. “I think I’m going to Muleje, but I don’t know when I will get there. I’ll check-in when I arrive.”

We said goodbye again and shook hands. Of course, as soon as I walked out of the office I noticed the wind had shifted and was blowing out of the northwest, precisely from where I wanted to go. Typical, but it was a light headwind, there was no chop on the water to deter me, and at this point, no turning back.

The boys at the fuel dock helped me untie and we were on our way. As LOCATION motored past the entrance to the Port of Pichilingue, the desert landscape of Isla Espiritu Santo came into view around the stark edge of the peninsula, past Balandra Bay, and across the blue-water of San Lorenzo Channel. The wind was nearly nonexistent then . . . we were obviously not going sailing. I saw no reason to rush across the channel and turned northeast for Balandra Bay instead. After two and a half years in La Paz, I had still never visited this anchorage or seen the famous “Mushroom Rock” that stands on the shore of the north point of the inlet.

I circled LOCATION through the bay, surveying the bottom and shoreline for a place to drop anchor. Another sailboat was anchored in the southeast corner on the deep edge of the shallow shelf that reaches out from the shore. The water was tourmaline-green as we entered and a softer jade-green in the shallower areas. I remembered that the Coromuel Winds were forecast to whip up tonight — they would blow out of the west, and could cause real havoc in an unprotected anchorage. I chose a spot, tucked in next to some high rocky bluffs inside the southern point of the bay where the bottom was sandy. Anchoring further back would be better, but if the winds blew from their typical direction there was adequate protection, and I knew my anchor would hold on that ground.

With binoculars I could just make out the dark shape of the Mushroom Rock against the gray bluffs across the mouth of the bay, and my curiosity was piqued. In an hour, I had the dinghy in the water for the first time since I had repaired it, and headed that way.

Mushroom Rock, is one of those small natural wonders that people are induced into visiting and wondering at once, and then once done are probably never inclined to return. It’s interesting, unique, a small wonder to behold, but I doubt that it holds any earthshaking significance for even the devout locals who swim and picnic and stroll on the nearby beaches. Local politicians have expounded its virtues on occasion though, and at one time it’s rumored that the top fell off and had to be glued on.

Still, I had heard so many stories, and as I drifted beneath it, I began to ponder its nature and circumstance. How did this thin pillar of aggregate earth come to be shaped and survive with its ponderous crown of compacted rock and soil . . . and in the clear shape of a mushroom? What power, or whim of the gods created this, and having crafted such a tenuous wonder, allowed it to withstand the onslaught of nature while everything around it was worn and carved away? What made this one thin pillar more deserving than all the other mounds and piles of earth that it should survive? I had to ask myself if it was simply an example of the random and whimsical pattern of life, or was there a design, an act of the gods that created this wonder? Does it even matter how and why, or just that it’s there to be experienced?

I have to admit, I was drawn back to it later, and paddled my kayak over in the late afternoon to take pictures. A Mexican family of five, came around on the beach and waded out into the shallow sandy-bottomed water circling the pedestal taking portraits of themselves in the foreground. They were having a happy afternoon, like many of the families I have observed here in La Paz, always so warm and affectionate. It’s not uncommon to see mothers and daughters, fathers and sons holding hands as they walk, seeming to converse more as friends and lovers, than as typical parents and children. Perhaps there is some magic in the Rock after all.

Another sailboat arrived as the sun was setting below the clouds that hung along the mountains across the Sea. It dropped anchor in deeper water out toward the center of Balandra Bay, and I wondered if they knew about the Coromuel Winds. I drank a beer with lime over ice, sitting in the cockpit, and then went below and cooked dinner — a new variation of a recent concoction I call “boat hash” — as the sun completed its demise.

There is a quarter moon rising in the east now, a thin bowl of light resting in the sky. Scattered clouds sweep slowly across, wiping out the moon’s image except for occasional glimpses, but not quite obliterating its light.