Samuel Beckett on the Hardships of Marriage

Marriage is a union of two people which is upheld in countries all over the world; it that has been around for many centuries and will most likely remain intact for several more. The most common vows taken by the bride and groom include to love and cherish each other through sickness and in health, richer or poorer, and for better or worse until death. These vows are very traditional and have frequently been used in other parts of the world throughout time. Furthermore, marriage also establishes a pattern of inheritance. When a spouse passes away, their property is usually given to the living spouse or children born during their marriage. Since marriage is such a widespread idea, it has been a topic of both controversy and compliance in written literature. Samuel Beckett is one author that has varying views of marriage and each spouse’s role in that marriage. In the radio play, “All That Fall,” Beckett illustrates the short comings of marriage in an elderly couple with no children. In a later play, “End Game,” Beckett sheds light on both the bliss marriage can bring a man and woman and how things outside the relationship can seriously injure an otherwise healthy union. Beckett’s portrayal of marriage is both positive and negative for the husband and wife.

Mr. and Mrs. Rooney in “All that Fall” highlight the problems a marriage can face over time. For the Rooneys, a couple of major dilemmas they face are their apparent lack of producing children and Mrs. Rooney’s whining. Mrs. Rooney confirms both judgments when she says she is “destroyed with sorrow and pining and gentility and church-going and fat and rheumatism and childlessness” (18). Their sterility and Mrs. Rooney’s self pity make a rather unproductive marriage. These problems are probably to blame for Mr. Rooney spending so much time away from home. It is unclear what he does while he is away or how long he stays away but upon his return Mr. Rooney does not appear happy to see his wife. When Mr. Rooney arrives on the train he demands, “Why are you here? You did not notify me” (38). His cold attitude and lack of pleasant emotions portray Mr. Rooney as a man who obtains little to no happiness or satisfaction in his marriage or the companionship of his wife. Such animosity for his wife leaves Mr. Rooney as the root of many problems with the marriage. On the other hand, Mrs. Rooney does not appear to be an easy going person or one many people would like to have in their company. As previously noted, Mrs. Rooney constantly complains about one thing or another throughout the play until characters such as Mr. Barrel (29) and Mr. Tyler (36) do their best to hastily escape Mrs. Rooney by taking their leave. Mrs. Rooney’s overbaring attitude scares away not only Mr. Rooney but almost every character she comes in contact with in the play. Finally, Mr. Rooney is plagued by at least a couple of health concerns that stretch all the way back to their wedding night. He states, “The night you married me they came for me with an ambulance…The loss of my sight was a great fillip” (44). Although many marriage vows include the line “in sickness and in healthy,” many couples tend not to take this line very seriously; however, taking care of a husband or wife can make the healthy spouse wonder who it is they actually married. Perhaps Mr. Rooney was healthy in his youth and became inflicted with such health problems only after getting married. It would appear that under these circumstances Mrs. Rooney, or any other wife for that matter, may second guess the love they have for their husband, and vice versa. A person’s health is much like financial support in that when it is not plentiful or good, the hardships a couple must face in times like those can break the marriage. Who wants to spend all of their time with a sick person? It takes a very healthy relationship to triumph over such complications. Mr. And Mrs. Rooney are not, by any means, an ideal couple but their persistence may be their best trait. Despite being childless, separated, Mrs. Ronney’s griping, and Mr. Rooney’s health problems, their marriage has remained in tact, for better or worse.

In “Endgame,” Nagg and Nell also portray an elder couple who overcome hardships in their marriage, despite being separated by ash cans that are feet apart. Nagg and Nell physically want to be together but outside forces, such as their ash cans and Hamm’s negligence keep them apart. Their ash cans keep them from kissing, hugging, or even touching one another, despite their yearning passion to do so (21). This fact is further complicated by Hamm’s obvious negligence, such as placing them in the filthy ash cans to begin with and apparent lack of concern that they should be taken out. These outside forces keeping Nagg and Nell apart may seem extreme but many couples are inflicted with stress in their relationships due to outside forces. Children need to be taken care of. Money must be made by working at a job. A social life may need to be maintained. The little nuisances and routines of every day life are outside forces that put a strain on marriages and can lead to further complications, such as lack of communication and a changing of values for each spouse. For example, Nagg and Nell rarely talk because their ash cans forbid such contact when the lid is closed. Even if Nagg and Nell wanted to talk all day, they are an older couple and do not peep out of the ash cans very often, most likely because it is so hard to pull one’s self up to the rim of the ash can for long. However, Nagg and Nell exemplify a couple that can overcome such obstacles. Although they are physically separated, the love Nag and Nell share for one another is stronger than the challenges their marriage faces. After untold years in ash cans and unknown years married, Nagg and Nell are still very much in love and enjoy each other’s company. Nagg consistently asks Nell if she is feeling well (23), brings her food (25), and asks if she needs any thing (27). Even if Nagg and Nell are separated, it is seemingly insignificant little gestures like these are the foundation of any good marriage. If Nagg and Nell’s marriage can remain healthy and intact through being physically separated and Hamm’s cruel nature then it must be said that when a couple truly loves one another and abides by the vows they took upon entering into the union of marriage their lives together can be blissful no matter how dismal their circumstances may be. A love and marriage like this can only be broken in the event of one spouse’s death, as in Nell’s death (70). Nagg is beside himself with grief (65) and is not seen or heard from again for the duration of the play. A death of this nature not only takes the life of the deceased but also the life of the living spouse. The love Nagg and Nell share is stronger than any hardships they face together.

Beckett portrays love as many people idealistically depict love, as the basis of marriage, such as Nagg and Nell’s marriage; however, he also acknowledges that a great number of marriages lose that affection with time, such as the Rooney’s marriage. The relationships of Nagg and Nell and the Rooneys demonstrate how different marriage can be for each individual couple. The love and adoration some couples feel when they first fall in love and get married is maintained for a lifetime but sometimes the butterflies in one’s stomach tend to disappear as time goes by. The little things once thought to be the reason love between the couples came about can turn into the little things that tear the marriage apart. A married couple goes through so many trials and tribulations it is scarcily believable that a couple can withstand so much crisis and still remain unbroken. Furthermore, if one is to take wedding vows seriously, as all couples should when the nuptials are taken, then marriage should last for the lifetime of at least one spouse. It appears that in order for a marriage to excel for both spouses, each spouse must love each other whole hardedly and unselfishly for the duration of a lifetime. Is this accomplishment possible in the present day when materials are often valued higher than morals? This question is difficult to answer but there are still couples who take the challenge of trying to answer, “Yes,” every time they enter into marriage. 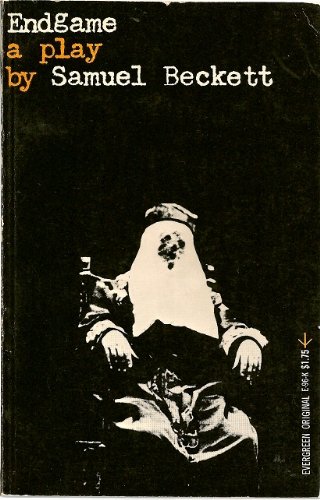 End-Game: A play in a act
Buy Now