So You Want to Write Fiction

Kennedi Brown has written fiction under a pen name for years now. She plays the ukulele and writes songs no one will ever hear (hopefully).

Regardless of what you might have been led to believe, every fiction writer was at one time in their lives not a fiction writer. Nobody came out of the womb with a pen in hand and a head full of stories about dragons. They had to get started somewhere, and I know from experience some of the best ways (for me any way) to embark on that rocky journey. I say rocky because you probably won't write masterpieces as soon as you start. But writing crap is much better than writing nothing, and it won't be crap for long. In the mean time, the following resources can help speed up your progress:

If you've talked to anyone online about getting started with fiction, chances are you've already heard about this resource. Probably like, a million times. But it's such a fantastic resource that it bears repeating just in case you haven't heard--or ignored it the first million times like I did.

Famous fantasy author Brandon Sanderson taught a fiction writing class back in 2013 that he's made available for free on his website and on Youtube. Sanderson writes fantasy, of course, but this course is a valuable resource no matter what genre you choose. He discusses plot, characters, and writing habits, as well as the pros and cons of various publishing avenues if you haven't decided if you want to go traditional or indie just yet.

I can't stress enough how much giving these lectures a watch will help you, or how much they've helped me. Sure, there's a lot of material, but that's just the thing: there's a LOT of material. Anything you could've wanted to know is here. 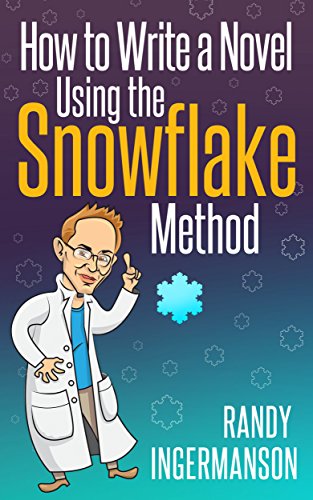 If novel writing is your goal, you'll want to give the Snowflake Method a try. When it comes to novels everyone is different, so you'll probably have to try out many different methods before you'll find one that works for you. Even then, you'll probably have to tweak whatever method you go with so it's not exactly that same as it was when you first started, because I'd put down money that everyone has their own way of writing a novel. It's like a fingerprint. The Snowflake Method works better for me than any other method I've tried, and I had to tweak it.

If you find this article isn't enough to help you out, but the Snowflake Method looks like something you want to try, Ingermanson also wrote

a more detailed book that I found personally found more helpful. This book, told like an actual fiction story but engineered to teach the reader about writing, was what helped me finally get my first full length (meaning 50,000 words or more, I guess) novel outlined and drafted.

The journal is among one of the most useful and most ignored resource for new writers. It can give you a wealth of new ideas as well as a way with words you might not have had before. You could buy a cheap spiral bound notebook, or you could go all out with a moleskine journal if you're feeling fancy. Free-write in it every single time you get an idea, no matter how silly that idea seems. Don't worry about how you sound or even basic spelling and grammar. You can even scribble it all out in list form if you want. You'd be surprised by how the future story ideas flow, and by how many you never would have thought of before that will just spring right up out of the ether. If you want a couple of lists for writing prompts to put in your journal, I've compiled this one and this one, too.

I also recommend free-writing your feelings and possible ideas any time you're stuck with a story. No one's going to see this, so just let go. Writing about how I'm stuck is how I get unstuck most of the time. If you're going to write down your dreams (and I highly recommend you do, because so may of my stories have begun as dreams that I later expanded upon), keep a separate journal for them that never moves from your nightstand beside your ned so you can write it all down before the dream fades away. Unless, of course, you're on vacation or sleeping away from home. Then you'd obviously take the journal with you.

Sure, lots of times idea generator websites like Seventh Sanctum will provide you with some good laughs. They'll usually give you some good starting points for stories and characters though, so I would recommend you use them any time you need to get the wheels turning. And there are some more serious generators that I like to use from time to time to get some serious fantasy-type names, like The Forge on The Wingless website.

Amateur writing sites are a great place to practice and get feedback on your writing without the pressure of having anything at stake. Try getting involved on sites like:

A lot of "serious" writers unjustly scorn Fanfiction as being too amateur, but in my opinion that's the beauty of it. Plenty of new writers honed their craft with fanfiction, and if you feel like it I recommend you do the same. And if your fanfiction is popular enough, you can even change enough things about it to where it has no similarities to the original at all (like what E.L. James did with Twilight and 50 Shades of Grey, for example) and publish it as its own unique story.

Even if you don't plan on writing fanfiction, you can still get some very valuable practice and criticism by putting your own stories up for review in no pressure environments like tumblr, Writing.com, and Wattpad.

Roleplaying is just as useful as Fanfiction for learning how to write, even if it gets scoffed at for the same reasons. I can say without shame that I got the most practice with writing by roleplaying all throughout high school. Some of my original roleplaying characters went on to become characters in books I'm working on later on in my writing career. They were already deepened and fleshed out due to years of roleplaying. I've even snatched a few plots from my roleplays to turn into potential stories, and a lot of the work in the story arc and background development was already done for me. If nothing else, you'll make some friends and possible connections with other writers, and have a great deal of fun in the process.

Some places to roleplay include Tumblr (just state that you're a roleplay blog in your bio), various forums, and the private message system on just about any website. If someone mentions that they like to roleplay, don't hesitate to send them a message and get started.

Storyboard 75 is a list of the Nieman Foundation's most popular posts on fiction writing. There's not much else to say about it, other than you should check it out, read the articles that interest you, and keep it pinned somewhere (like Pinterest or your bookmarks bar) where you can access it later.

Although I don't recommend focusing on editing your story in the drafting phase (just don't worry and let the crap flow! It's easier to fix crap than nothing), Hemingway is an awesome tool for working on your second draft. It tells you when your sentences are long and hard to read, among other useful things like your adverb count, spelling, and grammar. When you get ready to polish that turd, Hemingway is going to be your best friend.

Are there any resources that have been invaluable to you that I left out? Let us know in the comments and save a fellow writer's life!

Err...or at least their sanity.

Did you like the article and find it useful?