This is the prologue to a Fairy Tale that I am currently working on. It is called The Autumnal Lady, and it focuses on the characters of Oliver, an ordinary lad, and Candida, a very strange girl. The prologue focuses on a meeting between an innkeeper named Roger and a stranger. Enjoy. 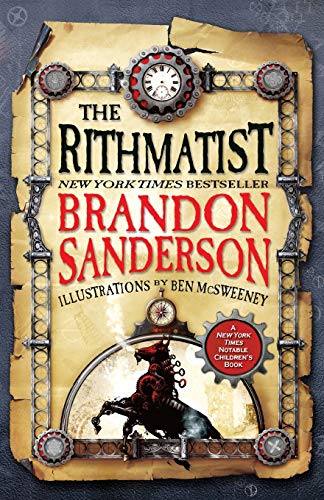 there was a small village on the edge of Fairy. In the village there was a quaint, little inn called The Crowned Rose. It was owned and run by an old soldier named Roger and his wife, Eliana. Now, these two had for a long time desired a child, but they had not been so blessed. Yet all of that was about to change when one fine summer day, a stranger came to The Crowned Rose.

As the sun was shining down brightly on the inn, Roger was hard at work. A wagon full of food and drink for the inn had arrived that morning, and Roger was unloading it as quickly as he could. Removing a wheel of fine cheese from the wagon, he heard a clattering of hooves on the cobblestones of the village. He turned and saw a man clad all in black riding on the back of a great black unicorn. The man was accompanied by a woman, wearing a hooded green cloak that hid her face in its shadows. About her waist was tied a belt that looked like a vine, and she had gnarly hands like the roots of an old tree. There were also six men, wearing gray cloaks, with the man and the woman.

Leaping down from the unicorn, the man in black threw back his hood. He revealed a face etched with sorrow. A great thick golden beard covered it. His eyes were deep wells of untold wisdom. The stranger smiled at Roger and said in a deep voice, “Am I right in assuming that this is The Crowned Rose?”

Since he lived in a village on the edge of Fairy, Roger was used to encountering strange individuals. Pixies, Undine, Sprites, Brownies, Wisps, Gnomes, and Elves had all visited his inn from time to time. Even so, this man was one of the strangest that he had ever met. Slowly, Roger nodded his head to the stranger and said, “This is indeed The Crowned Rose, good sir.”

The strange man let out a laugh. “Huzzah,” he said in his booming voice. “It has been far too long since I last came this way and enjoyed the fine hospitality of The Crowned Rose. I take it that you are Roger?”

Roger was perplexed for a moment and then replied, “I am.”

“You don’t remember me, do you?” the stranger said with a kindly smile.

“Can’t say that I do,” Roger replied.

“Well, there is no reason you should,” the stranger said with a chuckle. “It was quite some time ago, and you would probably have thought that I would have aged since then. Perhaps, you remember a man giving you a wooden knight?”

“You were that man?” Roger spluttered as he remembered the kindly man, who had given him the wooden knight.

“Indeed, I was,” the stranger said with a laugh, “and I am still that man. Time has changed me little for I am old and set in my ways.”

“I do not recall your name, good sir,” Roger said.

“Can I be of service?” Roger asked as he bowed his head.

“You may indeed,” Umbra said. “My companions and I have traveled far to come here, and we still have far to go, ere we rest. Whatever hospitality and joy you may provide us, ere we begin the final leg of our dark journey, will be greatly welcomed.” Umbra then waved his hand at his fellows, and they all dismounted from their horses.

Bowing his head, Roger led them into the inn, and he set about making food for them at once with the help of his wife, Eliana. Soon the party of eight had thick stew in bread trenchers before them. Using soft bread to soak it up, they began to talk and laugh loudly with each other. Roger soon brought out mugs of cider for them, but the woman with the gnarly hands would only drink water.

As night fell across the land, Umbra waved his hand to one of his gray clad companions and said, “We should repay our host for his kind hospitality, and while I will most certainly deliver the traditional gift of gold, I believe he deserves something more as well. Fetch my harp that I may sing for he has made me very merry before the dark journey that sits before me.” The companion rose to his feet and soon returned with a harp unlike any that Roger had ever seen.

As Roger’s eyes looked over the intricately carved golden harp, he could not believe what he was seeing. The harp seemed as though it would be too grand for even the halls of an emperor, yet here it was within his simple inn. Umbra took the harp from his companion’s hand and stepped up onto the table as though it were a stage. Then he set his fingers to his harp, and it seemed as though the world itself fell silent in expectation of the music.

Umbra ran his fingers over the harp strings, and a sound sweeter than any that Roger had ever heard came forth. Then Umbra opened his mouth and began to sing in a deep and rich voice. He sang of ancient heroes and mages, he sang of wars and quests, and he sang of knights and their valiant deeds. The melody that he sang was pregnant with both sorrow and joy. At that moment, Roger knew that he would never forget this day as long as he lived. For on this day, he thought, I have heard the music with which angels please the Lord in heaven above.

Finally, the music came to an end, and the woman raised her head. “She is here,” she said in a voice like the rustling of leaves.

The man bowed his head, and his lips moved as though he were praying. Then straightening up, he said, “So be it.” In that moment, it seemed as though all merriment fell away from Umbra. He turned slowly to Roger and said, “A blessing upon you, my friend, for you have done much to calm my soul in these my final hours. Now, I go to take the journey that all men must take. I would advise that you stay indoors this night.”

Roger stared at the man for a moment and then asked, “Why?”

“Ancient evils walk in the night,” Umbra replied, “and the shadow falls once more across the land. Do not fear though. Dawn shall come again, and summer shall once more reign.” Then Umbra turned and motioned to his companions. One of the gray clad men rose to his feet and set down a bag full of coins upon the table, and they walked out of the inn without a single word more. Roger was puzzled, but he heeded the words of Umbra and remained inside all that night.

The next day as the sun rose in the east, there was a knock on the door of the inn. Roger opened it, and he found a child wrapped in swaddling clothes along with a chest and a note. He also saw the departing form of a woman clad in green. He picked up the note and read:

I fear that I must ask of you one last task. I would not dare ask you, except I know how much you and Eliana have desired a child. I pray that you take this child and care for him as though he were your own. If he ever asks of where he comes from, deliver unto him the chest. May the Lord bless you, my friend.

Your Faithful Servant and Friend,

And so Roger and Eliana took the child and cared for him as though he were their own. They named him Oliver.

What is in the chest?

Cast your vote for Rate The Autumnal Lady's Prologue

Why I Love The King Arthur Stories

The King Arthur stories are what led to my falling in love with fairy tale and fantasy. Here, I discuss the aspects that drew and still draw me to the Arthurian Legends.

On Compassion, Mercy, and Love in Fairy Tale

In this article, I take a look at Disney's Beauty and the Beast in order to explore the ideas of compassion, mercy, and love in fairy tales.

The Adventures of Lucius: Prologue

This is the first entry in my long story, The Adventures of Lucius. It contains a foreword written by one of the characters in the story and the prologue itself. The story follows an amnesiac wizard by the name of Lucius as he tries to figure out why people are trying to kill him.