The Brothers Grimm: The Truth About Fairy Tales

torrilynn
more
4.6 out of 5 stars from 7 ratings of The Brothers Grimm Fairy Tales

Jacob and Wilhelm Grimm were German academics that wrote folklores. Some of these popular folktales are popular stories such as Cinderella, Hansel and Gretel, Rapunzel, and Snow White. The story of the brothers began when they were raised in the towns of Hanau and Steinau. While the brothers were ten and eleven, their father died, which resulted them in being poor and never really being able to accept their fathers death. Later on in life, they would attend the University of Marburg becoming interested in folklore and German studies. The brother's goal was to research folk tales, which led them to collecting and recording folk stories. Their work ended up being modified and rewritten growing from 86 stories to over 200 stories. The folk tales, which would later be title fairy tales, that the brothers originally came up with involved cruelty and violence other than the happy and beautiful endings that we were use to. The inspiration that the Grimm brothers got for these fairytales from family, friends, and tales passed down from medieval times. All in all the importance of these authors is letting others know that the fairy tales that we read now are not what they seem. They are not the original writings of the folklore that the Grimm brothers created. The folk tales also known as fairy tales are said to be revised and changed by Disney in order to be more appealing to children and parents. I mean really how many of you would let your children go and see a play or a show that involved violence such as cutting of the heel and of your big toe ? Nobody, I already knew the answer before you thought it. Showing too much violence to your children may cause them to change their behaviors and to become violent themselves. Therefore, Walt Disney decided to take these fairy tales change them so that the parents of the children would approve of them thinking it will give creativity and positivity to their children.

In the picture above is a depiction of Cinderella making her evil step sisters dresses for the ball. Some of the original story of present day Cinderella is correct. The incorrect parts about the story are the pumpkin, singing mice, and leaving out the parts where the step sisters do harm to their feet and the prince puts a sticky liquid on the steps capturing Cinderella's shoe. In order to fit their big feet into the shoe, one sister cut off her heel, while the other sister cut of her big toe. The birds saw that there was blood in the shoe every time each sister would try to ride off into the sunset with the prince causing him to return to the house and finding his true Cinderella.

In the picture above is of Hansel and Gretel meeting the old witch, whose house they were caught nibbling on. The story is of how there mother wanted to get rid of them so she gave them food twice over and left them stranded in the forest. The father loved his children and didn't want to let them go. However, the children were able to find themselves back twice but not the third time. They became lost in the forest stumbling upon the witch's trap of having a candy coated house and nibbling upon it. The witch tricked them inside decided to eat them and was tricked into her own oven, where she burned. Hansel and Gretel ran away coming to a river which they cross by duck eventually finding their way home and into the arms of their loving father, not caring of the fact that their mother was dead.

In the picture above, you seen a young Rapunzel letting down her hair for the young prince. The story goes that her mother wanted rampion to eat which was in an enchantress garden. Her husband eventually got caught and made a deal with the enchantress to continue giving his wife rampion as long as he gave the enchantress his child. The child was locked away in the tower with no windows or doors using a little window at the top as an entrance and her long hair as a ladder. As the prince was passing by he found her singing and was so entranced by it. He told Rapunzel to let down her hair in which she did becoming startled by the sight of the prince. The enchantress found out Rapunzel's and the prince's idea to be married and for her to be free from the tower. She then cut off Rapunzel's hair, cast her off into the desert, and set a trap for the prince. When the prince was in the tower, he was surprised to see the enchantress, who told him that he would no longer see his beloved Rapunzel. He roamed the earth barely eating or sleeping until he came across Rapunzel who had twins laughing with happiness and living happily ever after.

In the picture above is of Snow White dead and the seven dwarfs around her. The original story of Snow White is called Snow White and Red Rose. They were two sisters that grew up together and loved one another. One day, there was a knock at their door, there mother thinking it a traveler told her daughter to answer. Lo and behold it was a bear. The bear spoke and told them that he would not harm them and that he needed shelter and food. Over the course of the winter, he stayed there until summer came he had to leave due to thieves stealing his treasure. One day, the girls were playing outside and they came across a dwarf that was stuck in a tree. They cut off his beard and set him free, but not before he cursed them walking away with his gold. Another day they came across a different dwarf whose beard was caught in the fishing reel, cutting off his beard, but not before he cursed them walking away with his pearls. One day they saw their dwarf needing help again but before they could help they heard the bear growl and he swiped his claw and killed the dwarf. The girls were scared but the bear spoke to them and they recognized his voice. The bear said," I am a king's son and I was cursed by that dwarf, who curse wouldn't be uplifted until I killed him". The girls understood and later on in life, Snow White ended up marrying the king's son and Red Rose ended up marrying his brother. They lived happily ever after.

Why I Love the Brothers Grimm Version of the Fairy Tales

I absolutely love the original versions of the Brothers Grimm Fairy Tales. I love their stories more because it shows the consequences of doing something bad with violence and being rewarded with marriage in end. Also, because their versions of the fairy tales were the original versions and because their stories held messages in them. Such as the you shouldn't steal or harm others otherwise you might end up dead. Also, that you shouldn't do harm to yourself in order to receive money, power, and a lavish lifestyle. I like how their stories give valuable lessons if you understand the situations and the concepts behind the different stories. I like how in the original versions that they almost came up with 100 different stories, which would then be revised and rewritten, according to the demands of society wanting folk tales.

My overall recommendation for the Brothers Grimm Fairy Tales is that you should definitely give them a chance. I highly don't suggest that you read them to your children but that you read them for your own entertainment and amusement. In my own personal interest, I find it great to learn the facts and the originality of someone's creativity from their perspective and not from someone else's revisement of their perspective. I hope that everyone reads up on their fairy tales and recognizes the differences between the original fairy tales and Disney's versions on these classic fairytales.

Here below are some more stories that you may be interested in: 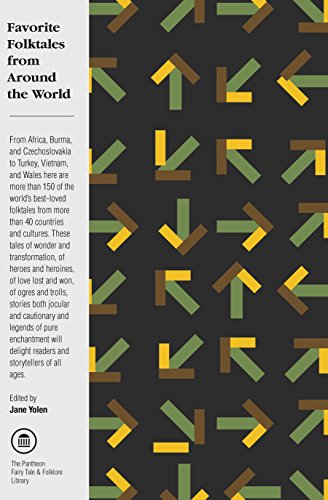 Have you read a Brothers Grimm Fairy Tale ?