In The Handmaid’s Tale by Margaret Atwood, many important issues concerning the rights of women are addressed through a dystopian hyperbole of a future society called Gilead. The society is extremely conservative, to the point where women have almost no rights and are viewed solely as a means to make babies. However, officials in the society claim that women are better off that way since they are no longer objectified or raped. The author juxtaposes pieces of goals of the more traditional, “pro-life” stance with those of the feminist movement by twisting them both and combining them into a society with very little freedom, which encourages the reader to think deeply about unintended consequences of political stances.

The dystopian society takes some of its values and rules from the “pro-life” camp. Perhaps most notably in favor of conservative values is rule concerning the garments worn by women. They are required to wear full dresses and head coverings, and find the idea of wearing revealing clothes appalling: “Did I really wear bathing suits, at the beach? I did, without thought, among men, without caring that my legs, my arms, my thighs and back were on display, could be seen. Shameful, immodest.” (Atwood 63). Also, sex is not even sensationalized anymore, as it is encouraged only for the practical purpose of procreation: “[Sex] has nothing to do with passion or love or romance or any of those other notions we used to titillate ourselves with…. Arousal and orgasm are no longer thought necessary; they would be a symptom of frivolity merely” (Atwood 94). This is in line with some current conservative values, mostly religious based, which hold that the main reason for sex must always be for procreation. In addition, although the number of healthy births is only three in four, abortions are outlawed because of the need to replace the declining population: “There’s no telling [if the baby will be healthy]…. What would be the point anyway? You can’t have them taken out; whatever it is must be carried to term” (Atwood 112). By maintaining the rules true to conservative values of modest clothing, sex only for procreation, and no abortions regardless of the situation, Gilead has many aspects that would be supported by those who are “pro-life” and/or anti-feminist.

In contrast to conservative influence, several characteristics of Gilead are reminiscent of those supportive of the “pro-choice” and feminist movement. Feminism, which is aimed partly at gaining social equality for women, encourages actions such as calling attention to rape victims and maintaining reproductive rights. In the time before the Gilead totalitarian government, it seems that an increasing number of women were being taken advantage of and had to follow a certain set of “rules” to avoid getting sexually assaulted (Atwood 24). Current feminists would argue, quite sensibly, that women have an inherent freedom from being raped, while men do not have the freedom to rape or sexually harass women. This principle is key to the justification of Gilead’s laws: “There is more than one kind of freedom, said Aunt Lydia. Freedom to and freedom from. In the days of anarchy, it was freedom to. Now you are being given freedom from. Don’t underrate it” (Atwood 24). Such freedom from harassment that feminists want is taken to the extreme. In addition, most feminists are “pro-choice”, including some women before the society turned into a dystopian state. A video is shown of women holding a sign reading, “Every baby a wanted baby” (Atwood 120). While in context, this is in favor of abortion of unwanted children, taken out of context it is used by officials to argue in favor of keeping all conceived children because they are so valuable. By twisting and combining the goals, values, and ideals of both sides of the feminist movement, Atwood highlights how unintended consequences may come about from seemingly harmless political views. 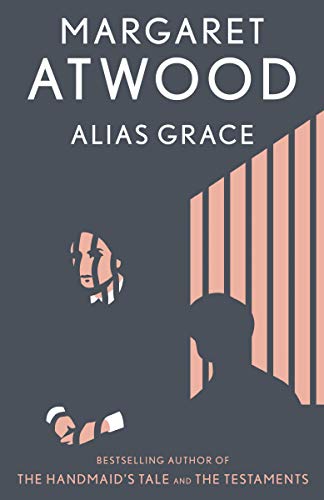