Norman Rockwell's First Cover For The Saturday Evening Post, May 20, 1916

The Saturday Evening Post is an ongoing monthly publication full of American history, from the Norman Rockwell covers to the coverage of heart-stopping moments in US and world events to the recognition of new writers in a yearly contest. Founded over 300 years ago by Benjamin Franklin, the magazine continues to record and to make history.

Ben Franklin may have had no idea how successful and long lived his 4-page Pennsylvania Gazette would become on the day of its first publication in 1728. On the other hand, as a signer of the Declaration of Independence, he may had had great hopes. Regardless, the little newspaper with no pictures was still only four pages long when it became The Saturday Evening Post by 1821. It was known for its handling of controversial political topics.

Best Short Stories from the Great American Fiction Contest starts with an Introduction by author Michael Knight (The Typist) and includes the works of the following winning authors that were chosen winners from a field of just 250 total entries from coast to coast in America:

In the early 1900s, boy sometimes skipped school to sell newspapers and the popular magazine instead. The Library of Congress online has many photographs of these young people, as young as 6 years old.

Authors became famous while writing for The Saturday Evening Post and some of their works have become popular films. In 2013, a grand film remake of F. Scott Fitzgerald’s The Great Gatsby opened to large crowds, starring Leonardo DiCaprio,Tobey Macguire, and Carey Mulligan. F. Scott Fitzgerald wrote some 70 short stories for the magazine and many ducators and literary critics feel that he captured the essence of the Roaring Twenties in his work.

Many other authors gained writing experience and fame at the magazine, including some of my favorites:

The Saturday Evening Post Society also publishes a number of youthe and children's magazines that include Turtle, Humpty Dumpty, and Jack and Jill.

In these ways, the Post was very much like England's The Strand Magazine, which was published from 1891 through 1950. The English magazine offered all the short stories of Sir Arthur Conan Doyle (such as the Sherlock Holmes stories) and of other authors. However, it did not last the 300+ years that the Post has been publishing.

Still, both magazines have helped to spread the work of gifted authors - some very good work is seen as a result of the Great American Fiction Contest. By the way, a new American version of The Strand is published in Birmingham, Michigan and dedicated to crime stories and novel writers.

How to Enter the Contest

Will You Be A Winner?

Will You Enter the Great American Fiction Contest?

They Made Authors Famous 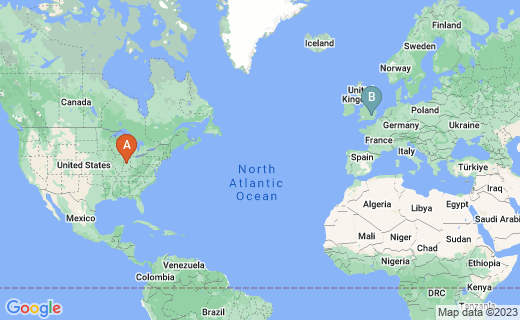 B
The Strand Magazine on The Strand, London UK:
Exeter Street, City of Westminster, London, UK