The Namesake by Jhumpa Lahiri: A Personal Reflection

The Namesake by Jhumpa Lahiri

The Namesake by Jhumpa Lahiri: A Personal Reflection

The identity of an individual can only be lost when the culture and tradition that defines that identity can be forgotten or obscured by a different culture. Changing residence, moving from one home to another in search for identity is pointless because the culture that defines the identity is within the family. Family loyalties and its complexities underlying the experience of Ashoke and Ashima Ganguli from the time of their marriage until the time they moved to America, Ashoke getting his dream degree in engineering and a job at the New England College and the resentment of their son Gogol towards his name and Bengali heritage.

The central idea of the story is on the significance of life. Gogol has been depicted as a typical Americanized teenager. Since he was born and raised in America, he had been acting like the American teenager even though he is a Bengali. The events in the story reveal intense emotional power like the loneliness that is illustrated by the late-night calls from India to deliver sad news about illness or death. There is no permanent moment of happiness, though he fell in love with Maxine the status of her family and the contrasting values they have cannot be eluded. As part of his Indian heritage he married Moushumi but then it also ended in divorce. The conclusion of the story reveals the balance, the resolution of Ashima to move back and forth America and Calcutta after her husband died. And now Gogol has finally understood the relation between his name and the Indian heritage he had been trying to cast off. The story also presents a keen and graceful observation of daily life through the food and ethnic customs; it was a subtle way of presenting differences in culture through the simple comparison of the bustle of activities at home, particularly on food and going-on at mealtimes.

One Line which Stands Out

One of the lines that linger in my mind is the description of how Gogol has turned out after meeting the family of Maxine and from then on, he had spent a lot of time with them: “…he is conscious of the fact that his immersion on Maxine’s family is a betrayal of his own…” As experienced by the family of Gogol being a Bengali- American family has developed a feeling in them that they are out of place from the time they migrated in the US and lived in Cambridge, then relocated to Boston and finally to New York. They kept on moving from one place to another because Gogol preferred to be in a place his parents are not familiar with. When they have been too familiarized with the culture in the neighborhood they move again. Romantic relationship differs from the Bengali way to the American way. Gogol stayed several times with Maxine’s family he had been entranced in the way Maxine’s parents have been showing affection in public which is unlikely done by his parents. Gogol seemed to like this, the liberated way of showing affection in public, the show of intimacy even in the presence of others. It adds more to his adaptation of the American culture and leads him away from his Bengali heritage.

What Makes the Novel Universal?

The message of universality of foreignness is depicted in the feeling and experience of being left out or different because his heritage is different from the people him. Even from small groups or community the feeling of foreignness is always manifested. People can always make others feel alienated to them because they may have different skin color or diverse opinions. The difference in the way the parents of Maxine and his parents show love and intimacy and how mealtimes are carried on made Gogol more inclined in adopting the American way of life.

It is a common dream for people to come to United States and live a life of freedom and adventure. The aspiration for a better life and bigger opportunities gives them the courage to leave the comfort of their own place and live in a foreign land. But moving is not at all easy, it is not simply being in another place there is also the culture of the place and their own culture that they must reconcile with.

It is alright to accept other people’s culture that is a demonstration of respect for the diversity of people. But in accepting the culture of United States it is important to retain one’s identity. Forgetting where one came from will never be the key to success, there will always be a feeling of emptiness when one embraces a culture not of their own. One will eventually get lost in a culture that is not in harmony with his identity. Just as what happened in the character of Gogol, he was acknowledge and known for a different name – Nikhil and yet the Gogol his parents had known, and without anyone calling him Gogol it was just the same as putting that identity of his beyond the memory of people.

The Namesake recalls the story of survival in different and conflicting cultures from the differences in religious, social and ideological aspects. As described in the story, each character struggled– the migrant Bengali couple tried to live a life that is entirely different from their community back home. Consistent family values and the significance of identity were gleaned from the story; with the use of good arguments the writer was able to connect with the emotions of the reader. The novel tells not just the story of Gogol and his parents, in general it also tells the story of any family, Bengali family, who moved away to determine their own life with their own expectations and lived in a place where human experience and opportunities are combined in defining how strong is their character in embracing a new culture without forgetting their identity and cultural heritage.

The Namesake by Jhumpa Lahiri 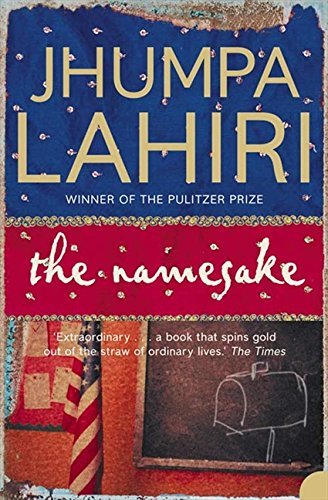