The Ten Second Rule of Writing

How many of you remember the 3 Second Rule regarding food you dropped on the floor. I recall practicing it religiously when I was a kid. From the moment I dropped food to the floor, I had three seconds to pick it up and eat it. Otherwise, germs would get on it and it was no longer edible. J

I know, it was gross and looking back I can’t believe I thought that it made sense, but remember we are talking about a little kid.

Now I’m going to introduce you to the 10 Second Rule of Writing. In fact, you were just introduced to it. It goes something like this: If you do not interest your readers in the first ten seconds you will lose them forever. It makes no difference if you have just written the reincarnation of the Gettysburg Address. The average reader is much too busy to waste their time on drivel. You have exactly ten seconds to hook them and make them want to read the rest of your article.

Think about it! On any given day we are inundated with things to read. From the newspaper to online articles, it is a seemingly never-ending onslaught of readable material, and we only have so much time in a day. I know this to be true on HubPages, the writer’s site I belong to. I must see over 100 articles per day on that site, and you better believe I do not have the time to read that many each day. What I do, and I’m willing to bet many others do, is take a look at the title and if that interests me I take a look at the opening paragraph. If the writer has not hooked me by then well, sayonara!

Obviously, then, that first paragraph better be a doozy.

Alrighty then! Now you know what the 10 Second Rule is; how do you go about instigating that rule? Well, I have some suggestions listed below with an example and explanation of each. I think you’ll have a better understanding if you see this rule in action.

“President Bush is reportedly annoyed that the Chinese are using so much petroleum. With the world’s fastest-growing economy, China’s oil consumption has soared to at least 6.5 million barrels a day, and its market for automobiles is growing. If the boom continues, the Chinese may eventually be somewhere in the neighborhood of the United States, which burns up about 20 million barrels a day. Who do those Chinese think they are….Americans? (Cynthia Tucker, The Atlanta Journal Constitution)

Not only does that introduction express outrage but it also manages to be snide and funny at the same time. In one word, that intro is GREAT! Notice that the outrage is not blatant. There is no name-calling and there are no personal attacks. Still, Cynthia wielded her “pen” like a rapier and the cut was very real.

“I don’t mean to be an alarmist, but the signs are impossible to ignore. We’re dealing with an epidemic today that is more virulent than any strain of bird flu. I’m talking about the death of common sense and humility. You may think I’m talking about Tom Cruise’s claim that he was going to eat his wife’s placenta, but that’s small potatoes compared to what came out of Inglewood recently.”….(Steven Lopez, Los Angeles Times, April 19, 2005).

The first sentence of this brilliant introduction hooks the reader immediately. Alarmist? Impossible signs? What is this guy talking about? Should I be reading the rest of the article? You bet your bippy I should, and I do, and when I do his article is a success, all because of that first sentence.

“Toby Keith and I are roughly the same age and both feeling the effects of our lost youth. I am overweight and have the knees of an 80-year old, but in the back of my mind, I think I can dunk a basketball or run a 5-minute mile.”….(Don McNay, CHNI News Service, July 6, 2006).

Not only does that introduction give the reader a sense of association with the writer, but it also dredges up feelings of longing back to earlier days when we were young, wild and free. The reader instantly realizes that they have something in common with a rich country singer, and with that bond established, chances are the rest of the article will be read.

As the Baby Boomer generation gets older and older, writing that relates to belonging and longing will have a larger and larger audience. “Remember when” are two powerful words in today’s literary world. 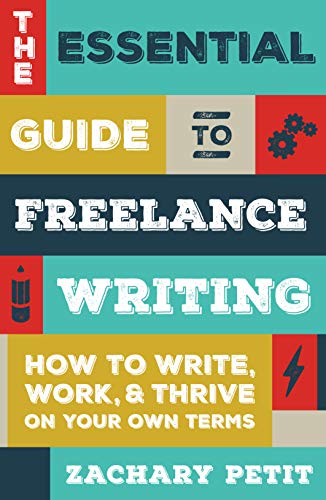 The Essential Guide to Freelance Writing: How to Write, Work, and Thrive on Your Own Terms
Buy Now 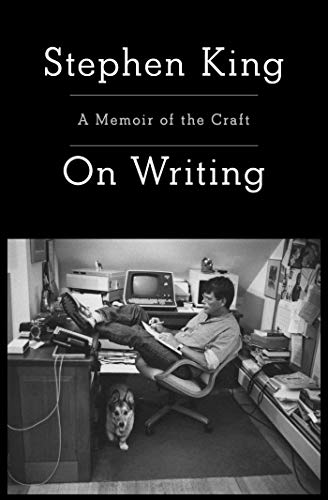 “Doing his stations of the Katrina cross, President Bush went for breakfast with Mayor Ray Nagin at Betsy’s Pancake House. As Mr. Bush tried to squeeze past some tightly placed tables, a waitress, Joyce Labruzzo, teased him, saying, “Mr. President, are you going to turn your back on me?”….(Maureen Dowd, New York Times News Service, August 30, 2006).

Provocation….to provoke….there is no doubt that Ms. Dowd is provoking with that introduction, and it is a provocation we all understand. Most Americans still have a sick feeling in the pit of their stomach when the word “Katrina” is mentioned, and the clever turn of phrase, “stations of the Katrina cross” are enough to encourage most readers that this is an article worth reading.

“First black and gold, now red and pink. My eyes are so starved for a variety of color that if I saw a rainbow, the shock might detach my retinas. Every year at this time, I am called upon to help some bewildered guy or guys figure out what to get those special women in their lives. I usually suggest real estate, but how romantic is a housing bubble?”....(Samantha Bennett, Pittsburgh Post-Gazette).

All readers want to laugh. Use that fact to sell your article. A word of warning: just make sure you are funny. J

“I was browsing at the newsstand in Manhattan recently when I came across a magazine called Felon. It was the “Stop Snitchin” issue, and the first letter to the editor began, “Yo, wassup Felon.” Another letter was from “your nigga John Jay,” who was kind enough to write: “To my bitches, I love ya’ll.”….(Bob Herbert, New York Times News Service).

The discomfort introduction is like a train wreck. You know you are going to cringe when you read it, but you can’t help yourself. You just have to carry on and find out how badly things are going to turn out in the article.

I was just recently scrolling through Craigslist online and I found an ad by some poor guy who had no grasp of the English language at all. He was advertising his new business, that of an illegal drug carrier. I kid you not! It was so ridiculous and so poorly written that I read the entire paragraph. I was spellbound by the poor grammar and the fact that he was advertising, for the whole world to see, the fact that he was doing illegal activities.

Keep that in mind the next time you start a new article.

“What Lydia Cala Loggins suffered through in 2001 was horrific. Police barged through the front door of the Hurst house she grew up in and found her brother, Joseph F. Cala II, standing naked over the corpse of their mother, Lydia Cala. He was eating her heart, police said.” …(Dave Lieber, Fort Worth Star-Telegram, June 11, 2006).

Though stomach-turning, there is an introduction that hooks the reader immediately. It is like a magnet pulling you in, and although you know you are going to feel great discomfort in reading it, you still read it. Isn’t that the point of all writing? Writing plays to the senses and after reading the above introduction, all of my senses were on high alert.

Some thoughts on the writing process

THINKING BACK TO MY TEACHING DAYS

When I was teaching creative writing to middle school students, I told them that the most important section of anything that they write is the introduction. Yes, I told them about the 10 Second Rule, and I beat that rule into their impressionable brains until they followed it for every piece of writing that they did for me.

I can’t tell you the number of articles I see that start out like this: “In this article I am going to tell you about such and such.” Well duh! The title of the article pretty much tells me what the author is writing about. Why do they feel compelled to tell me again in the first few sentences? I guarantee you that I do not read those articles unless I have a vested interest in the subject that they are writing about.

One final note that I feel is important in writing, and that is that the conclusion should always return to the introduction. Call it tying a bow on the whole package if you will, but I think it is important to go full circle in an article and return to your starting place.

I no longer follow the 3 Second Rule regarding dropped food. It turns out that rule is a bit gross and could lead to some serious stomach disorders. I do, however, follow the 10 Second Rule of Writing religiously, and you should too.

Ten Seconds….how are you going to hook your readers in such a short time span?