Are You Too Selfish To Have Kids?

All The Help You Need

Your Baby and Child: From Birth to Age Five
Buy Now 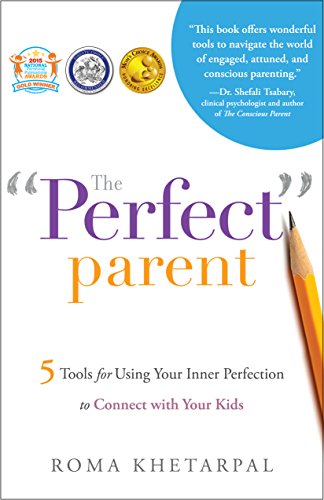 The "Perfect" Parent: 5 Tools for Using Your Inner Perfection to Connect with Your Kids
Buy Now

I read so many articles today about parents brow beating childless couples: droning on and on why little Tommy is the light of their life and how adorable baby Megan is and did you know India won the egg and spoon race. Who calls their kid India? Seriously some of these kid’s names are boarding on the ridiculous. I blame Gwyneth: when you call your kid Apple there’s no limit to what a kid can be called.

The droning doesn’t stop there; it escalates into a full on lecture. Who’ll look after you when you’re old? You’ll end up alone an old fart in an old people’s home (hardly alone, considering all the other old farts). Continuous babbling about being full filled and having a meaning in life. Since when has potty training, sleepless nights and flat shoes become so full filling and meaningful).

It’s not just the articles: it’s friends and family too. If I had a euro for every time a pushy parent asked me:

“When are you going to have children?” I’d be rich; filthy sailing boat with cabins rich.

Mothers eye my slim figure and tut: “You’re too worried about your figure.”

Which is not true (ok it is a little). Other Mummy friends tell me the birth is not that bad, once you see the baby’s head it’s so worth it. I tell them the birth doesn’t bother me (I’d have to have a C-section, I’d never cope, I’m feeling ill thinking of the head).

One Yummy Mummy (seriously) even volunteered to hold my hand, telling me what a wonderful experience it is. I was so appalled at the very thought, I bought a bottle of gin on the way home: God the picture of her holding my hand through birth was more than I could stand. I drank most of the bottle trying to dilute that awful image.

Mummy and Daddy friends are bad, but at least you can refuse to see them blaming a hectic social life, high priority work commitments or your luxury four week hoilday three times a year. Families are far trickery to get away from and mostly see you as a free babysitter (I’d rather run naked around the village in the rain than babysit).

I have three sisters’ two of which have children, six girls between them (OMG). The older sister has ten-year-old twins (OMG) and the younger sister has four girls between one and five (no letters to describe that one). Yeap, that’s not a misprint she insanely has four girls under the age of five and while her husband is rather attractive, I’m personally questioning her mental health. Although she is 37 and married since the age of 29, so it’s not like these kids weren’t planned. They were.

The reason I’m telling you this is because my two sisters are also droning parents. Jacqueline regularly laments how her life is so full now that she has her two beautiful girls. Her face lights up every time she talks about them (you got it she looks like a Christmas tree).

Full: full of ballet classes; swimming lessons; music tutorials; PTA meetings (I think that’s to do with animals); car runs; field trips; sports days; a hundred other things with the kids. That’s all before dinner; no wonder Sainsbury’s pre-cooked dinner line is so popular.

Mary, who in my humble opinion deserves to win Mother of The Year Award every year till her kids have moved out, is equally devoted to her football team of girls. Mary gives all her time to her kids, granted she has to, however she gives it with love, cuddles and kisses. After an exhausting day (I’d be exhausted so I presume even though she never says it, she must be too) Mary will sit and read with her brood, cook dinner, make cupcakes, bath all the little bodies and tuck them up in bed.

While I’d be spaced out on the couch brain battered by The Huggle Monsters drinking wine out of a fish bowl my sister Mary would happily be ironing the kids clothes and chatting at the same time with one of her friends arranging a kiddies outing. I know this because I’ve seen her in action and I’ve been on the couch with the wine filled fish bowl and Henry Huggle Monster bashing the inside of my head.

My older brother (my Mother and Saint Sister Mary have a lot in common) has three kids: two teenage girls and a boy. He spends his evenings driving them from one place to another and works three jobs to pay for the girl’s hair and nails. They are seriously high maintenance. He dotes on them and gives them everything they want: phones; TV’s in their rooms; money; clothes and holidays.

Sam tells me how wonderful it is too watch your children grow up (and watch all your money disappear). He told me the other day for the hundredth time:

“You love your own child in a very special way. Your own child, your flesh and blood is different than any other child.”

I have to say I agree with him there; his kids are certainly different and as for the flesh and blood bit: they sure are getting their pound of flesh and draining Sam dry.

Lastly there’s Louise: single and childless. Louise is the Aunty from heaven looking for the right guy to have kids with so not a likely companion to gloat with.

Too selfish to have kids: until recently yes. Now however, being the proudest mother of my two year old adorable daughter who is the most beautiful, clever, wonderfully funny, chatty, delightful little girl in the whole wide world, the answer is no. And in case you’re wondering about the birth: DRUGS, didn’t feel a thing. As for my figure: I ate for one not for two; it really does work.

I won’t lie, I love being a mother: potty training, sleepless nights and flat shoes are the highlight of my life and I’ve never felt so fulfilled. Don’t get me wrong being a parent really is one of the hardest jobs there is and sorry to say this: you won’t understand if you don’t have kids: being a parent is also the most rewarding job there is. I feel I can say that and know what I’m talking about; I had my daughter after years of single fun, a great job and a hectic social life. And you know what? None of that compares to Sunday mornings cuddled up in bed with my little apple (of my eye) and my very own Yummy Daddy: it’s the best feeling in the world.

I certainly don’t claim to be the perfect parent. I haven’t gotten rid of the wine; I got rid of the fish bowl though. I count to ten a lot: the anger management classes really paid off and Henry Huggle Monster doesn’t damage my brain quite like he used too. In fact some of the tunes are rather good, I seem to have picked up a few notes. I hate to admit it but some of the kids TV is pretty cool. Anyone been watching Doc McStuffin?

I’m not like my sisters or my brother; I don’t have their easy doting nature. I’m like me and while I’ll never win a Mother of The Year Award, I think I’ll do ok and one thing I've learned: Not to be selfish and my daughter taught me that.

Oh! and one last thing before I forget: thanks to all you droning parents especially Saint Sister Mary :)

Is parenthood everything you thought it would be?

Incase you want to keep reading :)