Note: This is the sixth installment in a novel that I'm writing as part of the NaNoWriMo challenge to write a 50,000 word novel between November 1-30. The rules are: write it! Don't edit, don't obsess, don't chart out notes. Don't worry about spelling, syntax, grammar or continuity. You can go back and fix those things later, but the most important thing to writing the novel is to get it written! It works out to 1,667 words per day. If you do more, great! If you do less, don't worry! Just keep plugging! And hopefully my first draft, with all spelling errors and continuity holes intact, will inspire you that you can do it too!

“Sir, please calm down!” Officer Larry Plastino had both hands on Victor Lawless’ shoulders, trying to keep him from running after the van. This was not an accident scene or the scene of some great disaster, there were not people running everywhere, screaming and bleeding. Most people were very concerned, but they were also talking to the police officers as calmly as they could be expected to. Four other officers were fanned out, one talking to the brother of the victim. A girl with glasses was talking to one of the officers, she looked close to tears. The wind was whipping around, it was getting colder, and the rain was being driven into everybody’s faces and whatever else was exposed. The red brick building of the library looked dark, almost like an abandoned structure.

Vic was frantic, spitting words out in a staccato stream, yelling at everybody but most especially at Officer Plastino. “Let me go!” he was yelling. “That van took my daughter! Get after the van!”

“We are doing everything we can, sir!” Plastino said to Vic. Larry was trying hard to calm Vic down, hoping to get any information he could radio in that would help them nab the vehicle the girl was in. He heard Barlow’s voice over his radio saying that the victim had been wearing a red helmet that the kidnappers had not removed. He also heard that it was a white van with a 5 and an S on the license plate. Vic heard it as well, and started yelling at the officer again to let him go.

“Sir, please calm down!” Larry said. “You can do your daughter a lot more good by calming down!” He knew that there were several cars out looking for the van. It had happened fast enough that they should be able to find the van. It had all taken less than fifteen minutes, a white van shouldn’t be that hard to find.

He could hear Don Yoder talking to the son. He was giving a physical description of the girl, fourteen years old, about five foot six inches. Brown hair, eyes that sometimes seemed brown and sometimes blue. Wearing the red helmet the last time he saw her. Yoder was a massive guy, six and a half feet and two hundred and fifty pounds of mostly muscle. He could be imposing, even menacing when he wanted, but he was also a father of four, married thirty years, and he could be as gentle, comforting and soothing as any man ever was. He was keeping the son on an even keel while they tried to get any information they could.

Then he heard the sentence that complicated everything: “The girl is severely autistic.” That changed everything.

Several people uttered the one word, several others uttered the other. Larry turned back to Vic, saying, “Sir, it is important that you tell me everything you can! Time is short!”

“Sir we have people out after the van! Please, tell us anything you can remember about it! We need all the information we can get to help us find your daughter!”

That seemed to snap Vic back, at least a little. He calmed down, but Larry could tell he was riding the edge, ready to break down. “My daughter,” he repeated. “She’s severely autistic.”

“No, not much.” Vic was breathing hard, fighting to remember everything. “She has a few phrases, but she rarely uses the correct words for anything. When she wants something she takes my hand and leads me to it.”

“Okay,” Larry said. Into his shoulder he said, “She’s non-verbal.”

“Got it,” he heard a voice say from the radio.

“When she gets upset, she starts banging her head on things or she might take her hand and slap herself.”

Thinking hard, Larry asked, “Does she ever hit anyone else?”

“In general no,” Vic was trying to be calm. “But if you try to restrain her she will. And sometimes she just reaches out and slaps people if she gets mad, slaps them on the arm or the chest or back.”

Officer Plastino relayed the information into his radio. They could hear police sirens in the distance. The roundabout had three exits, one to the south, one to the southwest and one to the north. They took the north exit, directly across from the outdoor stage. The road doglegged around to (forgot name of road, insert here,) which if you headed north took you to 126th street, and east from there to State Road 37. It would be possible to get on that and get away, north to Noblesville or south to I-69 and Indianapolis. Time was of the essence. The chatter on the radio started getting louder. Larry knew that there were cars headed in all directions, and that other cars out on patrol were being alerted. He knew that the Hamilton County Sherriff was being alerted, and also the Indianapolis Municipal Police Department. But white vans, man there could be a lot of those.

The wind was whipping up harder, the rain was starting to come down harder. The girl with the glasses was pointing to something, and David Barlow was following her. Yoder was again apologizing to the boy. In all the confusion, all they initially knew was that a girl was taken. They didn’t know the vehicle, and when several of them were almost hit by an SUV being driven the wrong direction out of the library parking lot, they acted on instinct. The boy looked like he might cry. He had been crying. The girl finished with Barlow and went over to the boy. They stood and looked at each other for a moment, then they embraced. Vic went over to them and wrapped his arms around them both.

The rain started coming down harder. The sky was almost as dark as night. Officer Barlow was telling people to get back in the library, and they herded the family and the girl in there as well. Comandeering one of the meeting rooms, they set up a line for people to be interviewed by the police. One of the seven detectives on the Fishers Police force was already in there, asking questions and taking notes. Detective Phil Smithers was also on his cell phone, talking to other detectives who were at the family’s house.

“Not really, not much more than what the family gave. We know it’s a white or light-colored van, no special markings, with a 5 and an S on the license plate.” Phil was tapping the information into his computer, trying to cross-reference lists from the BMV and other police departments. “Is the family ready for me to talk to them?”

Looking over at Vic, Barry and Stacey, Larry replied, “Yeah, I think so. The father’s still pretty frantic.”

“Yeah, I think I would be too!” Phil rejoined. “Some SOB took my Katey, the first thing I would want to do would be to find him and pull his lungs out through his chest.”

Larry brought Vic over first, since he had been the closest thing to an actual witness. Phil offered him some coffee, which Vic accepted. “Mr. Lawless,” Phil started, “as best you can remember, please tell me what happened?”

Vic looked over at the kids. Then his phone rang. Looking at it, he told Inspector Smithers that the number on the screen was his wife. Smithers nodded and Vic flipped it open, saying, “Hello?”

Vic didn’t know what to say, but saying nothing wasn’t an option. Still, he froze for a moment. “Yeah, Jan. She’s been taken.”

“Oh my God!” came bursting out of the phone. “Vic, what are you doing? Are the police going after her? Where are you?”

His masculine desire to try and make everything better kicked in, and Vic said, “I’m talking to the police right now. We’re at the library, in one of the meeting rooms.”

This last part was said in anger and despair, Vic knew, but it still cut him like a knife right though his heart. He looked over at Detective Smithers, who was on his cell phone. Smithers hung up and said, “It’s all right, an officer will bring your wife here.”

“Jan? Jan, the detective here said that an officer will bring you,” Vic said. “I’ll tell you everything when you get here. Right now, I need to talk to the police.”

“Vic you tell me what happened!” He could see Jan’s tortured expression and the fear in her eyes just as clearly as if she’d been standing right in front him.

“I will, Jan, but when you get here. I need to tell the police everything now to try to help them.” He was trying not to get too loud, but the adrenaline still pumping through his system had him hyped up.

The room they were in was the largest one, and it was full of people; police officers, librarians, various potential witnesses. Some other detectives were talking to other people, getting whatever little crumbs of helpful information they could get. The row of windows on the south wall showed a dark and stormy morning blowing outside

“Please, Mr. Lawless. Recount everything you can remember, no matter how unimportant you might think it is.” Phil Smithers took a drink of coffee and adjusted his fingers so he could tap in whatever Vic said. Vic took a drink of the coffee and sat up in his chair, trying to remember everything just as it had happened. He cleared his throat, ready to begin. 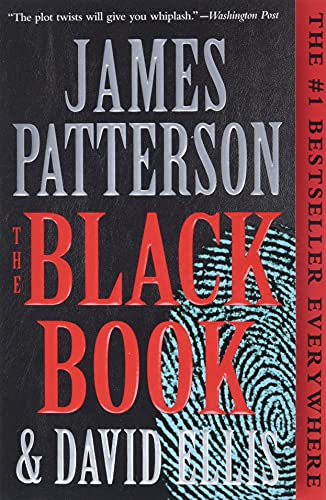