I was asked, a while ago, to pick five books that I'd want if I were marooned. "Easy," I thought - books breed in my house, plenty to choose from ...

Famous last words indeed. Hours later, a small library of titles has come and gone. Too short, too easy, too un-desert-islandish. Finally, I make my selection and begin describing the books. Then I start second-guessing myself. And did I mention I'm on a tight deadline?

Every book must be well written - there'll be enough to moan at as a castaway without bad English and grammatical howlers. Books I know, books I want to revisit. Wit, humour, emotions, books to soothe and stimulate.

Read on for my selections.

One Ring to rule them all,

One Ring to find them,

One Ring to bring them all

and in the darkness bind them

In the Land of Mordor where the Shadows lie

Lord Of The Rings: JRR Tolkien

Size does matter sometimes, especially if I'm in for a long wait for rescue. So, let's start with an epic work: Lord Of The Rings, LOTR in fans' parlance.

I first read a tatty secondhand copy of this and kicked myself for ignoring it for so long. If (like me) you've been put off by hype or whatever, grab it and start reading.

LOTR is about good versus evil, it's about war and conquest, it's a tale of men and dwarves and orcs and trolls, but its not a story for those who just like things with fur. The unusual races are woven seamlessly into the tales. and it's the narrative that carries us ever onward.

The premise is simple: destroy a magic artefact, the Ring, before Dark Lord Sauron can get his hands on it and conquer Middle Earth. Gandalf The Grey leads a motley crew on the perilous quest as nations prepare for war and Sauron's fell servants draw ever closer.

Lord Of The Rings has been considered a parable of modern times, an allegory of WW2 - in truth, you can read into it what you will or you can just take it as a cracking yarn.

Buy The Book And The Film

The Lord of the Rings: 50th Anniversary, One Vol. Edition
The three books in one volume.
Buy Now 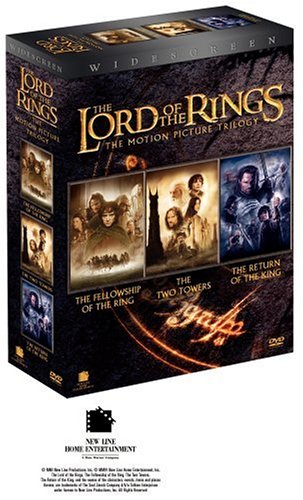 The Lord of the Rings: The Motion Picture Trilogy (Widescreen Edition)
I was amazed at how well the books were adapted - a major feat of film-making
Buy Now

George MacDonald Fraser was a prolific author though his name is surprisingly little known - a shame, as he's an author of great style, humour and sensitivity.

You might have heard of his Flashman books. Flash, cowardly, sottish, bullying, from Tom Brown's Schooldays, forced into the British Army. There, he drinks and carouses through most of the British Empire, gaining renown and reward despite his abject cowardice.

George MacDonald Fraser also wrote short stories based on his experiences as a young office in a Scottish regiment post-WW2. The tales are warm and grittily understated. They aren't accounts of great battles and heroics, they're a sympathetic look at the British Army through observation of the men who served, from kit inspections to football matches to a general knowledge quiz (serious stuff when honour is at stake).

Why that section title? Read a tale of Scottish dancing that will tickle your funny bone and shock the Guinness Book Of Records. What's a shilpit wee nyaff? Stunted, small, pipsqueak would be a polite translation. 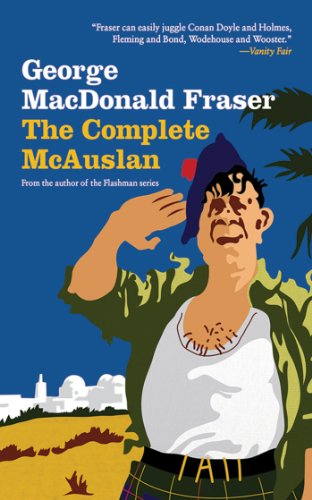 Complete McAuslan
All three volumes of the McAuslan short stories, from taking over the platoon to demob. Lovely stuff!
Buy Now

"I saw no reason, when I wrote this book, why the very dregs of life, so long as their speech did not offend the ear, should not serve the purpose of a moral, at least as well as its froth and cream".

One of the classics of English literature and sadly little read these days - I think people are scared of long books with dense prose, alas.

If your idea of 19th century England is based on the musical of Oliver Twist, there's a shock in store for you. Dickens savagely exposes the underbelly of London and the sordid lives of the lower classes (and some rather sordid activities of the upper classes as well).

The prose is gripping, if dense, the action unrelenting, as orphan Oliver goes from danger to pain to apparent salvation to more peril. It's not for the fainthearted but you'll feel enlightened when you've read it. 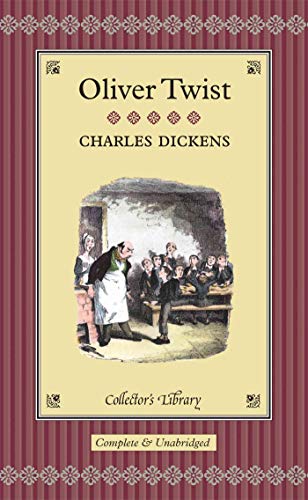 Oliver Twist (Collector's Library)
Paper, for the old-fashioned (such as me)
Buy Now

"Mr Wooster, miss," he said, "is perhaps mentally somewhat negligible but he has a heart of gold."

Rich and posh Bertie Wooster, aided and saved by the suave Jeeves - one of the great fictional pairings of all time. Whether it be the wrong tie or an accidental proposal of marriage, Wooster is constantly getting into situations that his well-bred brain cell can't cope with. Manservant Jeeves is always there and Bertie survives - though we know he'll be just as gormless at the very next opportunity.

"Not my cup of tea," you might be thinking - well, though the situations might be alien, the emotions won't be - and it's all carried off in the wonderfully stylish prose that characterises Wodehouse. The wit is ever-present, and can be sometimes barbed, the language flows mellifluously - I've never read a duff sentence in a Wodehouse tale.

try Jeeves, go on to Psmith, pigs and ancient golfers - you'll love them.

"The right word may be effective, but no word was ever as effective as a rightly timed pause."

Yes, a dictionary - after all, books are just collections of words and that's never more true than in a dictionary.

Every word has its own history: you can trace modern words back through centuries, back to Roman conquests and the lives of seafaring merchants. You can search for the right word - the "mot juste" or you can leaf through the pages and discover new words.

Challenge yourself - pick a word at random and make a sentence. Pick a word and invent a new definition. Pick a word just to learn or just to entertain - hours of endless fun. Play the game with your children - it's a great way to teach them and enthuse them.

Caribou - Monty Python on the power of words

Not for a desert island though

In a recent interview for the Guardian newspaper, Woody Allen picked his five favourite books. I'm not sure they'd do for a desert island but then again I can't see Allen surviving without New York!

I've expanded on these thoughts on my book blog: see post at books for a desert island stay.