Grit, Grime, and Gross: Close to Nature was Close to Home

Lake Road in Springfield, Tennessee is where I grew up. As the name implies, it leads to an old forrest surrounding a rather new lake, constructed within the last 50 or so years, named Wartrace. It is in this squirrel, turkey, fish, and turtle heaven that I experienced the absolute pinnacle of grit, grime, and gross. Add rock music, blazing campfires, and various types of hallucinogens and alcoholic drinks, you get what I call Wartrace Lake Grunge. I have never been so enthralled in the essence of nature in my short existance before, nor since then. 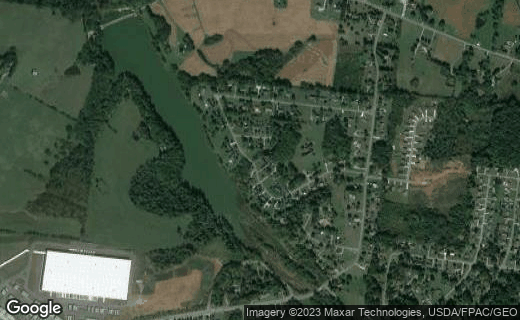 For over 5 compelling and artistic years, my friends and I built various campsites around Wartrace Lake and its lush Tennessean jungle. Pack rats and coffee feinds, we toiled and trashed meticulously every summer throughout and after high school these areas of lands, rarely leaving the sanctity of our newfound paradise. We razed the trees to the ground to raise the embers of inferno to the sky. By day the choir of hatchets and saws singing to the melodies of wind in the trees was the music of the hour, and by night the crackling fires and intoxicated stupor of self-proclaimed ''freaks'' often accompanied by an actual guitar could be heard in contrast against the peaceful woodlands. Grunge was my style at the time.

Work, play, and if the chariots of the sun permitted us time, an hour or two of hangover remedifying sleep. This mentality did not come without consequence. Sacrificing cleanliness for godliness was our creed, our brand of conduct. Only leaving our home a day or so a week, we were all entrenched deep into a caveman-like state of being. Smoke, dirt, sweat, and the grey and red splatters of parasitic demise became unavoidable. It was our skin. To shower was out of the question when you had your emerald lake pool in which to wash off the dirt. Emerald green. Green. Algae.

Sleeping on blankets acned with cigarette burns, the forrest floor was our bed. Whatever fell down was whatever we became. One with the dirt is how I often felt. If death were to come to me as I lay at night, would I even be noticed? Unless you had the nose of a dog, you could not tell the difference between me, a man, and the dirt. Unless you had infrared eyes you wouldn't see the contrast of my heat against the cold ground.

Food and water were never issues, as a few of us guys had some previous survival training(however ambiguous it may have been). Thirsty? If you wanted to walk to the lake of a creek and bring back water to boil, you were a hero. Mostly though, water vines were the pure veins of Posideon himself. Hungry? The land was rich with edible greens, and the lake abundant with tens of species of tasty fish. Growing up in the woods meant knowing the land without caution and what you could readily consume.

Not too often, but a few times nonetheless, there were accidents. Nothing tragic, but you can not go days on end in the forest without a cut, scrape, or splinter. As my great and outstandingly amazing guitarist friend would often say, ''Just rub some dirt in it.'' That was the solution to halt pulsing blood. If the abrasions were more serious, we would use a rather smelly and disgusting concoction of ash and masticated sassafras limb or ginseng root. That was an old Native American trick. Not one of us ever got an infection. How much do store bought and marketed antiseptics cost? Ours were free.

Living, growing, and in some ways dying within the of confines the Wartrace Lake region, I found out what it meant to be dirty. You could smell me ''a mile away''. The lessons learned, and the experience gained, though, no traditional shower or bath can ever wash away.