For Your Reading Pleasure: Seabiscuit - An American Legend

A Symbol of Hope for the Nation

In 1940, battered and bruised by The Great Depression, the United States was on the mend. We had come through the worst of the economic lows and had yet to be drawn into the European war. While not at full strength, we had endured.

At the same time, on a small farm in California, a horse named Seabiscuit and his jockey, John "Red" Pollard, were also recovering. Together, Pollard and Seabiscuit had chalked up several major triumphs on the racetrack, but by 1940 had fallen on hard times. The horse had ruptured a ligament in his front leg, usually a career-ending injury. Pollard had survived a nearly fatal fall from a different horse after which he met with a series of additional accidents which left him nearly crippled.

Still, the two warriors believed they had one more conquest in them -- and the country was rooting for them. To the American public, Seabiscuit and his jockey Pollard represented all that the U.S. had suffered -- but they also symbolized the opportunity for a much-desired comeback.

Author Laura Hillenbrand captures the heart behind the celebrated icon in her elegant biography, Seabiscuit - An American Legend.

What It's About - An entertaining, non-fiction narrative that reads like a novel

Seabiscuit: An American Legend
Despite his royal lineage (grandson of the great horse racing legend Man o' War), Seabiscuit was undersized, knobby-kneed and essentially lazy. He'd been handled by some of the greatest trainers of the time, to little avail - the horse seemed more interested in sleeping and eating than in running. This lackluster attitude kept him in smaller races where his schedule was grueling and his wins occasional. He managed to set a track record in one race, but overall, he was unremarkable. Unremarkable, that is, until he was sold to a California entrepreneur named Charles A. Howard and given over to an uncommunicative and unorthodox trainer, Tom Smith. With the addition of a relatively tall (by jockey standards) Canadian rider named Red Pollard (who would be his partner through most races from that time forward), the horse's new team was complete. Against the odds, this unique triumvirate championed the cause and transformation of Seabiscuit from racing joke to one of the most famous horses in history. Laura Hillenbrand's book Seabiscuit - An American Legend skillfully chronicles the journey.
Buy Now

Even if you don't know much about horses or have never been to a racetrack, Seabiscuit - An American Legend is fascinating history. The horse himself is an unlikely racer; his owner is a neophyte among the blue-bloods of the East Coast 's horse set; the trainer is a near recluse; and the jockey a man in need of a break. Together, this mis-matched quartet stomps on the pride and prejudices of the racing world to win accolades and hearts.

Details of the competitions, the social and economic realities of the age, horse-training techniques, and jockey "discipline" are woven seamlessly into the story of four misfits who use their collective skills and talents to sprint into the history books in a big way. With tenacity and respect for their teammates - human and horse - four disparate beings accomplish what few dream of. The underdog prevails in a way that is irresistible.

Where other biographies are often dry and bereft of emotion, Hillenbrand imbues Seabiscuit - An American Legend with heart, cultural details, and social context both rich and satisfying. She describes the main players, including the horses, in terms worthy of a great novel without resorting to caricature or conjecture.

Seabiscuit - An American Legend is history told with the seamless ease of a good novel. The three men and the horse who comprise the core of this work are true-to-life as they come to life in Hillenbrand's capable hands. You will find yourself rooting for them all.

In the book, much is made of the match between the gorgeous thoroughbred, War Horse, and the awkward (and much smaller) Seabiscuit. Watch this video of the actual 1938 race between the two rivals and cheer on your favorite! 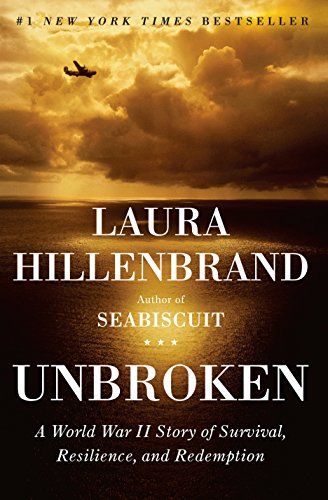 Have you read "Seabiscuit"

Please let me know you visited.