The Golden Ocean is Patrick O'Brian's first historical fiction novel set at sea. Set during an eventful and historic 18th century circumnavigation of the globe, it's a true naval adventure.

After I recently finished reading O'Brian's incredible Master and Commander series, I was curious to read some of his earlier works. Because of its similar subject, The Golden Ocean seemed like a good one to start with.

Below is my review of The Golden Ocean including thoughts on how it compares to O'Brian's later, and more well known, Aubrey/Maturin novels.

Summary of "The Golden Ocean"

What's this book about?

The Golden Ocean follows the adventures of young Peter Palafox, son of a poor pastor in rural Ireland, as he becomes a midshipman in the British Royal Navy aboard Commodore Anson's HMS Centurion. The Centurion prepares to sail on Anson's historic circumnavigation of the globe as Peter struggles to learn his new trade and adjust to life in the midshipman's berth.

Thoughts About "The Golden Ocean"

It was interesting to read this story and find pieces of what became Jack Aubrey and Stephen Maturin spread through the book's characters. Mr. Walter's frustration that the squadron wouldn't slow down long enough for him to collect sea floor specimens. Ransome's fascination with puns. Anson continually drilling his crews in gunnery and leading by example. These should all be familiar themes to Master and Commander fans.

One thing that didn't hit me until about halfway through was the reversal of the characters' perspectives between The Golden Ocean and the Aubrey/Maturin series. The main character of Master and Commander is an officer assuming his first command of a fighting ship. So the reader's main vantage point is from that of the captain for the entire series. But in The Golden Ocean we see the life of a young man first heading to sea as a midshipman and trying to learn his new trade. Everything is new to him and he's at the bottom of the pecking order.

Even though I keep relating it to O'Brian's other works, The Golden Ocean stands on its own. It's an engaging story that pulls you into the reality of life at sea in the 18th century.

Many elements of O'Brian's writing style in the Aubrey/Maturin series are here also. His wry humor shines through brilliantly, maybe even more than in his later works. There's also the use of letters home and journal entries to describe events and a character's thoughts to the reader.

Two of the elements that significantly contributed to the success of the Aubrey/Maturin series are also present in this book. Those are his descriptive story telling and authenticity to the time period. The characters speak as they would have in the time period.

While O'Brian uses plenty of mid-18th century naval jargon and the occasional Latin phrases, this book isn't as challenging a read as most of the Master and Commander series books. Maybe I'm used to that challenge now after reading all 21 of those books, but it really did seem to be an easier read.

If you like The Golden Ocean then try these other O'Brian classics. They will launch you into a wonderful literary adventure. 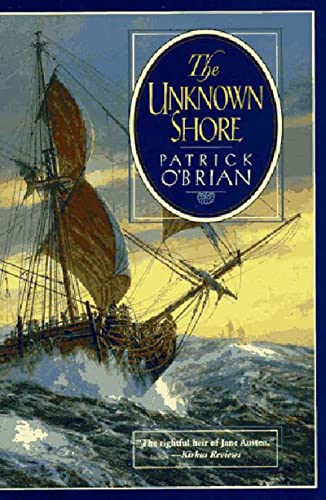 The Unknown Shore
Written a few years after "The Golden Ocean", this book isn't a sequel but a parallel story. It follows two young men aboard another ship in Commodore Anson's squadron on the circumnavigation.
Buy Now 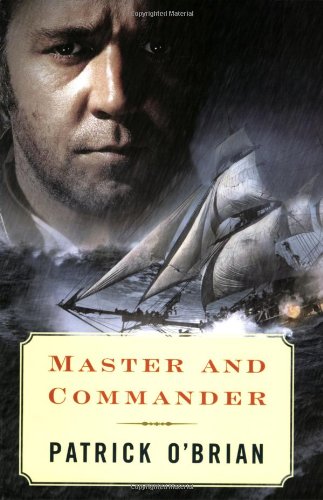 Master and Commander
The first book in O'Brian's Aubrey/Maturin series. A great read even if you don't read the rest of the series.
Buy Now

What I Liked Most About "The Golden Ocean"

5 stars for The Golden Ocean

My Rating of "The Golden Ocean"

Even though it was written 20 years earlier, O'Brian's descriptive and authentic writing style that I enjoyed so much in the Aubrey-Maturin series are clearly present in The Golden Ocean. Reading it was like catching up with an old friend and I enjoyed it very much.

How Do You Rate "The Golden Ocean"?

Patrick O'Brian
Patrick O'Brian is one of the best authors of the 20th century. His most famous novels are the Aubrey-Maturin (aka Master and Commander) series. Less well known...

Tour A Tall Ship
Ahoy! Here you'll find information on tall ships around the world that are open for the public to tour. All ships are grouped by region of the world...

Thanks for reading my review. Now it's your turn...what did you think of The Golden Ocean? Have you read any other Patrick O'Brian novels?