One of Jaynie's many hobbies is home improvement on a budget and another is sharing great ideas with readers.

The bedroom is the ultimate venue for relaxation, but a poorly designed bedroom can have a negative impact on one’s ability to truly relax and get a good night sleep. Many people specialize in interior design and use techniques such as Feng Shui, but it is possible to design your own sleep space without going to the great expense of hiring a professional. When planning your bedroom’s design, it is best to concentrate on four of your five senses and reflect on how your design can positively affect each one of these senses. 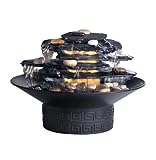 Colors have a direct impact on one’s ability to relax. Muted colors such as gray, lavender, pale green or eggshell lend themselves to relaxation. Bright colors tend to have the opposite effect, telling your brain to wake up and face the day. Avoid colors such as bright yellow, pink, red, and others. Painting the ceiling and walls the same color is also a good idea because it is less busy and doesn’t force the eye and mind to work as hard as using multiple colors. For this reason, I would advise against using patterned wall paper.

Minimalist decorating has the same effect, reducing the amount of brain activity that takes place in the room. Using coordinated wall décor and a few accent pieces on dresser tops is pleasing to the eye. I prefer using fewer, larger pieces to a larger number of smaller pieces. Natural accents are reminiscent of the great outdoors and can be very relaxing. Such accents may include pussy willows, cattails, ferns or other less vibrantly colored flora.

The less light allowed into the room, the better. Using room darkening blinds or curtains which are more adept at blocking out the sunlight are best. They will cost extra, but are well worth it. While skylights can be romantic and relaxing after dark, with the moon and stars shining down upon you from the face of the night sky, they are not conducive to sleep once the sun rises. Even a bright, full moon can produce more light than is recommended for sleep. Many smaller rooms have ceiling light fixtures that are placed directly over the bed and cast a harsh light onto it. Ceiling fans with light fixtures often have multiple lightbulb sockets which cast the light off in three to give directions. One of these bulbs often shines directly into the eyes when you are in bed with a light on. I would recommend not using or completely removing the overhead light and replacing it with more subtle accent lighting. This can be achieved by wall mounted lighting with covers that direct the light toward the ceiling or by small lamps on the bedside table. Great decorative lamps are available at most import stores for reasonable prices and come in a variety of styles and colors that are not readily found in most chain retail outlets. 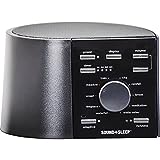 Quiet rooms are best for facilitating sleep, though there are sounds that are soothing to most people and can be incorporated into your room to actually help promote a healthy night’s sleep. These include the sound of water running over smooth stone. They may also include sounds of nature such as chirping birds, wind, wolves, and waves. You can achieve this affect by using a sleep sound-system, boom box with relaxation CDs, or water features. Television in the bedroom is not advisable for several reasons. First, studies have shown that couples that have television in the bedroom actually have less frequent sex than those without televisions in the bedroom. Second, the television is not the ideal background noise to fall asleep to. Commercials are typically played at much louder decibels than regularly scheduled programming and even that is fairly inconsistent. This will cause restful individuals to become jolted from their restful states on a frequent basis, making falling or staying asleep nearly impossible. In addition, it will take longer to fall asleep because the mind tends to try and tune in to the programming instead of lending itself to the task at hand, which should be achieving a pleasant night’s sleep.

Wall hangings such as tapestries can help to absorb distracting background noises that can disrupt sleep, but never-the-less, the television should still be avoided.

Pleasing aromas are relaxing and enjoyable no matter which room they are incorporated into, but especially the bedroom. If a bedroom has a stale or otherwise unpleasant aroma, it can be distracting and be contrary to a good night’s sleep. Aroma therapy diffusers, candles, reed diffusers, incense or scented sprays can infuse the environment with a pleasing aroma, allowing one to slip instantly into a zen-like state which is soon followed by a restful night’s sleep. I prefer aromas such as lavender, patchouli, vanilla and fresh fig. Avoid such scents as lemon or peppermint, as they tend to awaken the senses and have the opposite effect from that which you desire.

Candles should never be left burning when a room is unattended or when one is not conscious. If you want the aroma of your favorite candle to facilitate a healthy state of mind and sleep, consider using a candle warmer, which is flameless and much safer.

True, deep relaxation can never be successfully achieved if your skin is in contact with a rough or otherwise caustic substance, this can include your sheets. Higher thread counts are far more luxurious than those with lesser thread counts, this comes at a price, but it’s worth it. Textures such as those that are found in silky or flannel sheets are also quite pleasing. They are soft. Silky sheets in summer have a welcomed coolness that provides reprieve from the heat. In the winter, flannel sheets are not only soft, they are blessedly warm. Goose down pillows or memory foam pillows are among the most comfortable pillows out there, both soft and supportive. Investing in proper pillows is vastly important because nothing is less relaxing than tossing and turning with a stiff neck and pain in between the shoulder blades.

Flooring is also important. While hard wood floors can add to the value of any home, in the bedroom, they are ill-advised. No one wants to wake in the middle of the night and have to place their feet on a cold floor. That would seriously jolt anyone awake, making it quite difficult to fall back to sleep quickly. I would recommend either an area rug over the hard wood, allowing one to maintain the integrity of hardwood while keeping their feet warm at night, or installation of plush carpeting to add to the warmth of the room. In addition, much like the tapestry wall-hangings I mentioned earlier, the floor coverings can also serve to absorb ambient noises which are counter-productive to good sleep.

Even selecting the proper nightwear is crucial to a good night's sleep. Choosing clothing that fits well without being too constricting to too loose is ideal. Some people that tend to toss and turn a lot find that clothing becomes twisted and uncomfortable. If you are one of them, consider sleeping in your underwear or nude. Having a soft, warm robe at the foot of your bed for when you awake will help to assure that you can get up for that trip to the bathroom or when the alarm finally sounds, and still have instant access to warmth and comfort.

Once you have designed the perfect room in which to fall asleep, you will hopefully find that it is much easier to do so than it previously was. For some, sleep may remain elusive. At times, we have to train our minds and bodies to view the bedroom as the place in which our primary function is sleep. This means that if you have laid in bed for fifteen minutes or more, without falling asleep, you must get up and move to another room in the house until you become tired enough to return to the bedroom and try again. Failure to do so reinforces the notion that the bed is not necessarily a restful place. I was actually given this advice by a physician, and have found some validity to it.

If you do get up, engaging in tasks that require a high degree of physical or mental activity might be counter productive. Reading or watching television in a different room of the house can be helpful. Having a snack may also help if it does not include high levels of sugar or caffeine because digestion can facilitate fatigue.

Engaging in other activities such as aroma therapy or self-massage can also help to induce drowsiness, so don’t be afraid to try those techniques.

Keep your body warm by covering with a fleece blanket or down comforter in order to help make you more tired. Taking a hot shower can have the same effect.