Is New Mexico a Good State to go Off the Grid?

The Cob Builders Handbook: You Can Hand-Sculpt Your Own Home, 3rd Edition
Buy Now

New Mexico is the Land of Enchantment. It has beautiful high desert scenery, spectacular mountains and mesas and no humidity. Many people who love the high desert choose New Mexico to go off the grid. However, New Mexico has some obstacles that must be accounted for if you want to live a sustainable life there. Do the benefits outweight the obstacles? You be the judge.

Weather in New Mexico is extremely varied. In general you can expect high temperatures, low humidity and pleasant weather. The southern part of the state is desert, extremely dry and hot while the northern area is mountanous with an alpine climate and snow in the winter. The eastern part of New Mexico is made up of short grass plains and dunes while the western side is full of mesas, mountains and volcanos. The Pacific ocean is 800 miles to the west and the Gulf of Mexico is 700 miles to the southeast. There are no hurricanes, tornados, earthquakes or floods (except during an occassional hard rain). The biggest problem one might encounter going off the grid in New Mexico is the lack of rain. In the southern desert areas the average rainfall is less than 10 inches per year.

Year round average temperature ranges from 23 degrees to 90 degrees Farenheit.

Cottage food laws in New Mexico require a permit to operate a food processing operation in their homes. The foods must be non-potentially hazardous foods like jams, jellies, cakes, pies and tortillas to name a few. They can only be sold directly to the consumer at farmers markets, road-side stands or at special events like parades or flea markets. There is no sales limit in regards to cottage businesses but there are labeling requirements in New Mexico.

New Mexico has is what is considered a “low regulation” state. The state requires parental notification only. In other words, the parents must notify the school district that they are home-schooling their children.

Rainwater harvesting is not illegal in New Mexico, in fact, it is encouraged because harvested roof water actually captures the water, making use of it and returning it to the ground which would otherwise evaporate in the hot desert air.

Nevertheless, there are laws that apply to ground and surface water. Water rights are a “first come first served” right. 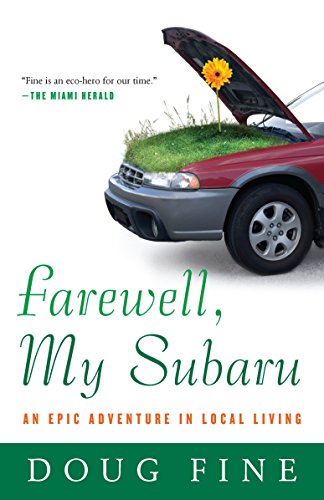 On the face of it New Mexico seems like a good state if you are concerned about the freedom to bare arms. However, it does require the completion of a 15 hour course and other strict licensing before you can obtain class 3 weapons.

Raw milk is legal and you can buy it retail in New Mexico!

I could not find any regulations against having a garden in your front yard in New Mexico but good luck trying to keep it hydrated unless you have a water catchment system!

Farm animals can graze year round in New Mexico which can save a lot of money since you don't have to buy extra feed.

Most of New Mexico has a decent growing season unless you are in the mountains in which case you would benefit from a green house. Nevertheless, when it comes to plants the problem in New Mexico is not the growing season as much as it is irrigation. In many parts of New Mexico rainwater is low so one must prepare crops taking this into consideration.

New Mexico is a very compelling state to go off the grid. There are myriads of natural cob and adobe buildings throughout the state and the high desert weather is wonderful. Moreover, there is a huge community of like-minded self-sustaining people in New Mexico. However, New Mexico has some very real problems. Recently, the police state has amped up to such a degree that it would give me pause when considering a move to the state. Also, the lack of water is a very big issue. Finally, the state tends to lean liberal which is a big negative in my mind. Also New Mexico was the birthplace of the atomic bomb and remains the center of a massive nuclear arsenal. So one must take these facts into consideration when weighing the pros and cons. I hope this article helps make your decision a little clearer when it comes to going off the grid in New Mexico.

Would You Like to Go Off the Grid in New Mexico?