Amortization refers to the process by which the periodic (usually monthly but could be set weekly, bi-weekly or other time period) payments are such that the loan will be paid off within the designated time period. The scheduled payment on an amortized loan is calculated such that it is large enough to cover both the interest due and an amount to reduce the balance due on the loan.

Negative amortization refers to a situation where the payment is not sufficient to pay the interest due, let alone any principal. This results in the unpaid interest being ADDED to the balance of the loan making the interest due on the next payment GREATER than was due on the previous payment. In this situation, the borrower's balance INCREASES with each payment.

Here are some examples of situations in which negative amortization may occur:

Teaser Payments – loans on which the payment is scheduled to increase over the life of the loan and on which the initial payments will be less than the amount necessary to amortize the loan. This type of loan is targeted at people whose current incomes are such that they would not qualify for the loan, so the amount of the initial payments are reduced to allow them to qualify. The assumption is that the person's income will be increasing in the future, and the payments are scheduled to adjust upward as well in the future. Of course, the increased future payments will have to be high enough to amortize the new, higher balance that has resulted from the initial negative amortization. A word of caution is in order here in that the adjustable payment schedule is based upon the term of the loan and not on the borrower's actual increases in income. In other words, the payments rise as scheduled and, if the anticipated increases in income do not occur at the same time, the borrower could find himself in a situation where he cannot afford the new payment.

Rate increase without Payment increase – Some adjustable rate loans have provisions for the rate to increase every time the index on which the rate is based increases, but the payments themselves to adjust according to a fixed schedule. During periods of rising interest rates this can often result in the rate increasing one or more times before the next payment increase. If this happens and the interest rate increase is such that the new interest due is greater than the payment, negative amortization will occur. This is common on credit cards where the finance charge is adjustable. Often the rate will increase immediately after the monthly bill is sent and if the card holder waits until the payment due date (which is usually 30 days after the date on the bill) to make the minimum monthly payment, that payment probably will not be sufficient to pay the new, higher, finance amount resulting in the balance on the next month's bill being larger even though no new items were charged to the card. The negative amortization in this case can be avoided, or at least minimized, by making the payment as soon as the bill is received rather than waiting until it is due.

Negative amortization should always be avoided, as it quickly multiplies the total amount the borrower pays over the life of the loan. On most loans, borrower's are allowed to pay more than the required monthly payment, so, even though you might have an initial low teaser payment on your loan or have an adjustable rate where the payment doesn't automatically adjust when the rate changes, it is a good idea to include something extra on these loans. Even if the extra amount is not sufficient to cover all of the unpaid interest, paying whatever extra amount you can afford will at least reduce the effects of negative amortization. 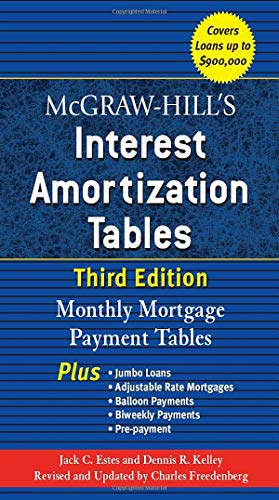