Gone and Back Again, the Story of a Great Tool

Long time Electrical Contractor and a crazy fool for a great Tool.

The flashlight you see here is not the subject of this particular story, but it looks to me like it could be the beginning of a wonderful relationship with another great tool. For now, let me tell you about my favorite flashlight to-date and the journey that it.... and I went on together.

Couldn't wait to use it

I have always had trouble finding a small flashlight that would hold up to the day to day rigors of being in my tool pouch. I've used a number of different brands over the years and even the popular mag-light hasn't held up for me. I began to think my troubles were over when I found a flashlight at my favorite outdoor gear store. The flashlight was called a..........well I can't remember what it was called, but it had a head on it that would swivel 90 degrees and it took 2 AA batteries (very standard and very easy to find this battery), it was made with a predominately plastic case and was manufactured by a company called Streamlight....perfect, just what I needed. I couldn't wait to give it a try. Well I used this flashlight a lot, and it was especially handy because you could turn the head to the 90 degree point, set it down where you needed it and it wouldn't roll away. I used it together with a mirror when cutting openings in sheet rock walls to add outlets, switches and tv / phone openings. It was very helpful to look up or down in the wall through the hole to see if any framing was in the way or when searching for a wire I just stuffed down from the attic or up from the crawlspace.

It was just such an occasion that I found myself in a few years ago. One of the houses my guys had wired for me in the mountains of Colorado did as it turned out, not have enough light in the downstairs bathroom. My general contractor called me about this and asked if there was anything I could do. I went over and looked at the bathroom and agreed that there was in fact not enough light. I was trying to figure out what to do to fix this problem and thought....I can use some trac light here. It would be possible to get a wire from the recessed cans to feed the trac through the jbox that's part of the can. I communicated this to my contractor and he said go for it. I took the interior of the recessed can apart and gained access to the junction box. The only thing was I couldn't see very well thru the six inch hole of the can. I put my treasured flashlight up on the ceiling through the can and aimed it at the junction box and was able to see very well and complete the task. I put the recessed can parts back together and cleaned up the sheet rock dust that always seems to fall on everything, I picked up my tools and headed out the door to my truck.

An occasion to cry

I was about a half a mile from the job and headed home for the day and it dawned on me, I had left the flashlight above the ceiling near that recessed can still burning away. I almost cried.....just kidding, but I didn't want to go back and take more time and make another mess just to get it back. So I left it thinking...I'll get another one someday. Turns out I never did get another one, I don't think they even make this particular style anymore. I was bummed out, no more great functional flashlight! Eventually I forgot about it until....

Three years went by and the same contractor called me with a problem. He told me that he had a homeowner with a water leak and they were unable to pin down where it was coming from. It wasn't a regular thing, but every time they had company for a few days the carpet would get wet in the basement. They had a plumber come and check out the problem and in the process he nicked a wire with a sheet rock saw above the ceiling. The contractor asked me to check out the wire and see if it was damaged to the point of needing repair (which it was). The damaged wire was just on the other side of the bathroom wall. This was the same bathroom that I had added the trac light to three years before! I asked the homeowner if the plumber had found a flashlight above the ceiling and without saying a word she went upstairs and returned minutes later with the flashlight saying that indeed the plumber had found it laying up there. All I could say was wow.... wow I've gotten my favorite flashlight back! "Good things come to those who wait." 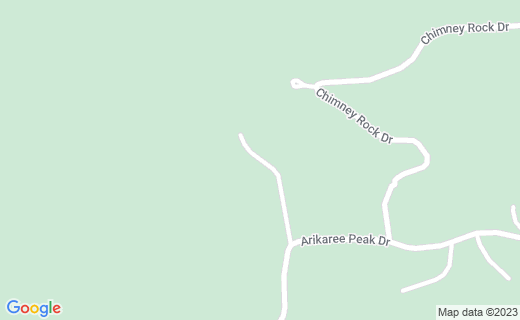