Why I Hate Moving

Anna wears many hats: writer, mother, crafter. Over the years, she has found what works and what doesn't for herself and her family.

Longing For the Younger Days

When I was young, I really didn't have that much stuff; some clothes, a bed, a dresser, and a few odds and ends. I really didn't own much of anything. Moving wasn't that big of a deal. It was just stuff. I am convinced that all that stuff is secretly procreating and making more stuff. Every time I move, I have even more stuff than I could possibly imagine. I have no idea where some of it came from. That's the reason why I think that my stuff is secretly getting together and making little baby stuffs, and hiding it amongst all of my own stuff. Why do I have a cheese grater?? I have never bought one, never needed one, never used it, but there it is, all the same. I blame the toaster and the can opener for that one. I found the cheese grater in the same box.

As time has gone by, I have accumulated a lot of stuff. It doesn't matter how much of it I throw away, donate to charities, sell at a garage sale, or burn out of anger and frustration on my front lawn at midnight in an attempt to appease the moving gods. I still end up with more and more stuff. I don't know what to do with half of it, so it ends up following me around for years and years, like a strange stalker that just wants to take up space in my house and watch me all day long, or sit on a shelf in my closet taunting me.

A Packed Box is a Happy Box

My mind reals, thinking about the countless hours over the years, that I have spent packing my life, into untold numbers of boxes, and dragging it to the next location, only to unpack it again. In the years of my life that I can actually remember, basically anything after age three, I have moved eighteen times!! I didn't do much, if any, of the packing for the first four moves, but I was involved either in part, or in total for the other fourteen moves. Let's just say that I have packed my fair share of boxes. Sometimes I feel like I should get a job at UPS with all my experience.

You would think that with all of that moving, I would have a pretty good system in place by now. A way to get everything done as quickly and efficiently as possible, but sadly, I don't. I am a procrastinator of extreme proportions. If it can be left until tomorrow, or next year, it will be. Boxes sit scattered everywhere, half packed, wrapped nick-knacks sit in piles here and there, all waiting for that last possible moment, when they get thrown in, completely at random, to be dealt with later. I have no system and there is no method to my madness. It's all just chaos.

I recently moved down to Florida. I have boxes stacked up in my garage. One box said kitchen stuff. My boyfriend opened it to find a pair of pants stuffed in on top. Do those pants belong in the kitchen? Obviously not. They still managed to get shoved into a box of kitchen stuff for one reason or another. I blame the crock-pot this time. I am pretty sure the crock-pot moved my pants when I wasn't looking. Who else would do it?

Truth is, I hate packing! I always end up with boxes I can't fill, stuff that is too big to fit into the box I need it to, and a whole host of other problems. I start off with good intentions. I always do. I gather boxes, packing tape, newspaper and other packing materials. I label a box, and start to fill it. I may finish that box right away, or I may run out of things to fit into that box. I always intent to put only bathroom stuff into the bathroom box, but there is always that one thing that doesn't fit, or that little bit of space left over at the top. I hate wasting space in a box if I can help it. So, what am I to do? I grab something handy and shove it in. As evidenced by the pair of pants in the box of kitchen stuff. I can't really blame the crock-pot.

Eventually, everything ends up in a box. A mountain of brown cardboard looms over me, crowds me in and threatens to drive me insane. I want to be ready for my move, so I pack and pack until my fingers are bleeding from all the paper cuts that I have received from wrapping each tiny, little, fragile thing so it won't get broken, and my back aches from moving one heavy box of books after another. I end up needing something. What box did I put that curling iron in? Where is that pair of shoes? It drives me nuts. I end up tearing off the packing tape of box after box of haphazardly packed junk looking for one stupid, little thing that I NEED right NOW!

Whether you are moving up the street, or across the country, everything you own needs to be loaded into a truck or a vehicle of some sort. You may be able to make more than one trip, but it is still a skillful art to load as much as possible into a small space and transport it without breaking anything. It's like a life-sized version of Tetris, with really weird shaped pieces. Instead of L shapes, lines and boxes, you have couches, lamps and odd sized boxes. You can't put anything really heavy on that box of lampshades or they will get crushed. You don't want that box of fragile antique salt-and-pepper shakers balanced precariously on top of a mountain of other things. It all takes careful thought and a lot of hard work.

I hate this part a little bit less than I hate packing. Wedging this here, and that there, hoping nothing bad will happen to any of your stuff. If your stuff got broke, how can it go on to make little baby stuff when you aren't looking? We wouldn't want that to happen, now would we? We need to protect all that stuff we have grown attached to, for one reason or another. I have grown to love my cheese grater, despite the fact that I have never used it, and didn't want it in the first place. I can't get rid of it. I may need it one day.

After you have managed to get everything you own into a truck, you have to drive it to it's new home. If you are lucky, that move is only across town, at the most. I was not so lucky.

We had a 1,300 mile trek from Illinois to Florida. The only thing that did hold up for most of the trip was the weather. We had nice weather for most of the ride. It took two full days. We only stopped once to sleep. The only other stops we had hoped to make were for fuel or food. We got a later start than we had wanted, and had to make up time. We spent time visiting family along the way, and spent more time there than we had wanted. Then the real problems started.

It started with a simple problem with the lights on the trailer. The covers off the back lights had come off and were probably in a hundred tiny pieces somewhere miles and miles behind us. We had to stop and fix it. No one had the covers we needed, so we settled for red lens tape. Then, the lights didn't want to work. Glad we fixed that lens problem! We tried to fix that. So, we stopped again.

Then we hit Georgia. Now, Georgia is a lovely state. I have nothing bad to say about it. Most of Georgia was a breeze. We had just driven south of Atlanta, when we were low on gas. We got off at the next exit and pulled into a gas station. Gas was well over anything we had paid anywhere else on the entire drive, but that wasn't the problem. They had no gas! None! We tried the other gas station with the same result. No luck there, either. We went up a couple of exits. Only one gas station was open, and they didn't have gas, either. The person behind the counter was less than helpful when we asked if and when they were getting more.

We sat there. Four-thirty in the morning, out of gas, with no way out in sight. My boyfriend called roadside assistance, and they offered us some hope, so he took a nap while I pondered the problem. Do I know anyone in Georgia? Yes, but I don't have the phone numbers on me, and I really had no idea how far away that person was from where we were. Sunrise came, and ideas were brewing. Maybe another gas station would be open now that it was morning.

It had been almost two hours since we called for help, and still we were stranded. Another phone call revealed the depth of our dilemma. Our rescuers could not rescue us because they couldn't even find gas to bring us. Thankfully, a short walk up the road was all we needed. Another gas station had opened up, and they did indeed have gas, but they were even starting to run low. We raced over as quickly as we could, filled up, and hit the road.

Thankfully, we arrived safe and sound. I have no idea if everything I own arrived in the same condition. That remains to be seen during the long unpacking process. I look forward to hours of fun-filled surprises as I open box after box, unwrap everything and find a place to put it all. The cheese grater, however, will probably just stay in a box. Who knows, it may get together with my crock-pot and I will end up with a garlic press. Stranger things have happened. 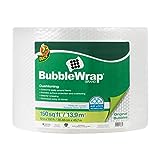