Living in a tiny apartment

We found that we were lucky when the recession hit.

Well, some might say otherwise because our 'big' house had to go, but it was one of the best things that ever happened.

You see, we already had somewhere else to live - a tiny apartment.The apartment, which we bought about ten years ago, is designated as 'tiny' by Apartment Therapy. That means that it's under six hundred square feet but over four hundred.

But, I have to say, only just over four hundred.When we first bought the apartment, we lived here for several years but at that time, we were both working long hours out of the home and to be honest, the place was really just somewhere to sleep and shower.

As our financial situation improved, we moved to the 'big' house but kept the apartment which we rented to a friend. Thank goodness we were able to keep it.

When we realised that the big house had to go, it was difficult to imagine being back in that tiny space, especially because the company we both worked for had folded at we'd both be working freelance from home.We thought it would just be temporary. That was three years ago. We love our tiny apartment.

Well, this is it. I think I've stayed in bigger hotel rooms. At first, the floorplan makes it look like a studio but there is a definite bedroom and the kitchen is separated from the living area by a solid wall.Note that although we have both a back and a front door - lovely for fresh air flow - there is only one non-closet door in the apartment.

The bathroom, luckily.We have loads of space. We have plenty of storage too. And please don't get the ideal that we are miniature people in our miniature home - himself is over six feet tall and well over two hundred pounds. (I won't embarrass him by saying how much over).

One important thing that I want to point out is that not one piece of the furniture was bought for this house; it was all bought when we moved to the big house. If any expert tells you that downsizing means having to buy new furniture (they usually say 'smaller scale' and 'multifunctional') then that's simply not the case.Our home is light and airy, we have plenty of space and absolutely no intentions of moving elsewhere.

This is the most important storage piece in the apartment. Some people have assumed that it's custom-built but it isn't.It's that good old faithful, the Ikea Expedit.It has a low section, that you see here and a taller section (about six feet tall) which have in total thirty three individual cubby holes. Some are open, some have doors and other have drawers.

It's officially a bookcase and yes, it houses a lot books but also clothing (folded t-shirts etc.), paperwork, computer bits & pieces, spare bedding, jewellery, magazines, files ... oh and items that are there just for décor. You can see that the lower section forms my nightstand and holds a lamp, fan, family photographs and plenty more.

There's a 'nightstand' at the other side of the bed too - see the floorplan. But it's actually a small black beverage fridge that we had in the pantry at the old house. It takes the pressure off our smaller-than-usual kitchen fridge and is handy if we want a bottle of cold water during the night.

Here you see part of the tall section of the Expedit. A lamp, also from Ikea, just fits the space. You also see the clothes closet. This had sliding doors (which didn't, not very well anyway) which I replaced with curtain.To the right of the closet is a small wall just the right size for the red abstract painting and below that is one of my two beautiful Bertoia chairs.

Himself was in an arty mood when taking these photographs, otherwise you'd be able to see the back of the chair just sneaking into view.

Learn how to live small and stylishly

Apartment Therapy's Big Book of Small, Cool Spaces
When we first bought this tiny space, the Apartment Therapy (dot com) site was quite new. I studied it intently.Today, I consider myself an expert in small space living partly through experience and partly because of the website. In this brilliant book, you'll find the best of the fabulous and stylish ideas to make the most of your small home.I can't recommend this highly enough.
Buy Now

You can't really call it sofa but I fell in love with it as soon as I saw it in the store. It has five pieces that can be switched around. One is a chair without arms but with a wooden ledge.

There are two further chairs the backs and arms can be switched, an ottoman and a coffee table.You can see the current configuration in the photo section below.We can easily make the furniture into two single beds and it's very comfortable for four people to sit with plenty of room for putting down glasses, plates etc.

Ah my beautiful small kitchen. I wouldn't swap it and it's so easy to work in. Just click here to read more.No room for a dishwasher? No problem.Even in a tiny kitchen you can do the dishes in five minute. See how.My tiny kitchen works for me because of these four essential items. And if you're looking for extra storage in your home try these ideas.

The furniture that we have that I have referred to in this article. 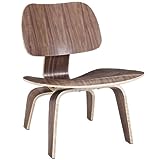 These two pieces of furniture are completely essential in my small home.Not only that, they are incredibly stylish too.

They are very flexible indeed and can be used for so many different purposes.

Baxton Studio Nelson Wooden Bench, Natural
This bench is a Mid-Century Modern classic that suits any décor. It is one of my best ever buys.
Buy Now

More images of my home

I'd love to hear from you.And finally, see below to discover the absolute best thing about our tiny space.

It's true - if we sold this apartment we would probably have enough money to live inland in a two or three bedroomed house with a garden. But truly, how could we leave this?