Which makes the best bagless vacuum?

You are getting ready to spend your hard earned cash. You need to know "Is the Dyson really better, or will the Hoover Windtunnel do the trick?". Click here for an intense comparison of all the features, and my decision.

Personally, I love a bagless vacuum. They seem to cause so much less waste, and I don't run into that situation where I have to run to the store and buy new bags just so I can vacuum.

However, I was surprised at how much work it is to empty a bagless vacuum. And even after you empty them, they tend to look "dirty". For some reason I had not anticipated that.

I still feel like the trade-off is worth it. I'd rather spend an extra 5 minutes emptying my vacuum over spending $6 for a bag that I'm just going to throw away. But it was just something I had not expected.

First A Quick Word About The Brands

Hoover - Founded in 1908. Hoover quickly became a household name both in the US and the UK during a time with vacuums were just coming out. Bought out by Whirlpool, the US brand of Hoover is now owned by Techtronic -- which also makes the Dirt Devil vacuum. The Windtunnel comes with a two year warranty and there are service centers scattered all across the US to make servicing simple.

Dyson - The Dyson line was invented to solve a problem: Vacuum cleaners clog. In less than 2 years after James Dyson started researching the problem, he had introduced the first vacuum cleaner on the market that didn't lose suction and could trap particles as small as cigarette smoke. The Dyson comes with a 5 year warranty and - although they don't maintain a list of repair shops -- it appears that they also have a lot scattered across the US for handling your repairs.

Also ! Don't forget to throw your vote in at the bottom for your favorite of our vacuum cleaner face-off!

It's Not Even A Fair Fight!

Really? You wanted to pitch an aging brand name up against the hottest vacuum cleaner on the market?

What were you thinking, you cruel, vindictive, lover of clean floors?

So, in short, the cheapest Dyson is about three times the price of the Hoover Windtunnel. It has better suction, better customer reviews, a longer warranty period ...and that patented, easy to maneuver, ball system instead of wheels.

Such an unfair fight!

The Hoover Windtunnel T series vacuum cleaner is the #1 best-selling upright vacuum cleaner on Amazon right now. (Followed closely by the Pet-Rewind Hoover which includes detachable attachments for cleaning up after all the fuzz pets can create) It's hard to beat the value this little workhorse provides for the money.

My favorite Hoover WIndtunnel is the UH70400 or the "AIR" as they have so cleverly named it. It really rises to the challenge of the Dyson, offering a sleek vacuum cleaner that weighs only 12 pounds. The Windtunnel AIR is the first Hoover to really beat out the Dyson in overall review ratings on Amazon, clocking in with both more 5-star reviews AND higher overall review score. It also doesn't lose suction, doesn't use a bag, and is, in my opinion, an equal or better vacuum for only a fraction of the price.

"it was scary how much crap was in my carpet!" - Amazon Reviewer

The HEPA filter is another big sell for me, as it can block out allergens as small as .3 microns (the Dyson "only" blocks down to .5 microns). At 11 pounds it is super lightweight, and with the incredible power and the ability to switch between carpets and wood floors, this one is an easy sell for me.

Of course, they don't have a cute guy selling it on TV, either... 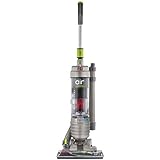 Dyson sells their amazing vacuum on being able to capture "more dirt than any other cyclone vacuum". So how much is more? Is it enough to matter?

I don't know. I DO know that customers who love the Dyson absolutely RAVE about how "new" it leaves their carpets. (That is, until it destroys their carpet and almost voids the warranty on replacement carpeting) AND with 82 5-star reviews and an overall rating of 4 stars on Amazon, you know it has to be a decent machine.

"My kids even asked if I had the carpets cleaned!" - Amazon Reviewer

I love the mini-turbine for getting hair out of crevices. I love the fact that the Dyson is a vacuum that all of my friends will covet.

I love the fact that I do my shopping during the day instead of at 2 am. I'm sure I would get snookered into a TV infomercial.

I like the money I just pocketed by not buying a Dyson a whole lot more.

In the Hoover Windtunnel Vs Dyson saga, I look for one word: Value

Sure, the Dyson probably gives you a little better suction. And its really, really cool with that ball-thingy.

But when were spending my hard-earned cash, I can't help but go with the Hoover Windtunnel. It has better filtration, is light weight and is gonna suck out everything I need.

I think back when the Dyson was first invented, it had a huge advantage. And, until the Windtunnel Air, I don't think there was a good vacuum that could really rise to the challenge. But now there is.

You're kidding, right? We could buy two Air units and and still not exceed the price of one Dyson. And I really trust the Hoover brand. Even though it has been bought out by other companies, it continues to stand behind some of the best machines in the industry. And, the very best, top of the line Dyson barely beat out the Hoover Air. So if you go with a cheaper Dyson, you are likely not getting as good a machine.

Now, its your turn to vote! - Hoover Windtunnel Air Versus the Dyson Animal DC41

Have you had either of these brands? Which do you prefer? Here is your chance to talk back!

Leave your mark on the interwebs! Sound off!

Which one wins in your opinion?

Amazon Search - Find what you need? 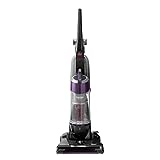 Best Dishwasher For Hard Water
Did you know there are special dishwashers for hard water? Yuck. Your glassware has that ugly residue on them, again. Hard (mineralized) water not only leav...

The Best Steam Cleaner for Tile - How to Easily Steam Clean Tile Floors and Bathroom Tile
Steam Vapor. It's hot and it works. Anti-Bacterial Bacteria continues to mutate and become more resistant to the chemicals we use to kill them. In a way, w...

Dyson Vs. Hoover WindTunnel
You are getting ready to spend your hard earned cash. You need to know "Is the Dyson really better, or will the Hoover Windtunnel do the trick?". C...