Peak Oil: Are We Running Out of Gas?

In 1956 a Shell Oil Company geophysicist named M. King Hubbert presented a paper to the American Petroleum Institute predicting that oil production in the United States would continue to rise for only 14 more years and would then begin to decline - permanently. Hubbert, a Texan who had earned bachelor and master of science degrees and a doctorate at the University of Chicago, based his analysis on estimates of recoverable oil reserves in the U.S. and the rate of oil production from these reserves - and on the fact that discoveries of new sources of oil in the U.S. had peaked in 1930.

Hubbert had observed that the rate of oil production from a particular oil field tended to increase until about half of the recoverable reserves had been extracted. Then production plateaued for a while and finally declined at about the same rate as it had increased because extraction of the remaining half became progressively more difficult and costly.

Despite Hubbert's scholarly approach and background, no one believed him.

It turned out, however, that Hubbert was right on the money. According to EIA, the U.S. Department of Energy's Energy Information Administration, U.S. oil production peaked in 1970 at just under 10 million barrels per day (the actual figure was 9.637 million) and was never that high in any year after 1970.

The accuracy of his prediction made King Hubbert, by then a senior research geophysicist at the U.S. Geological Survey, a legend in his own lifetime. Even today peak oil is often referred to as Hubbert peak oil.

U.S. peak oil did not significantly impact the U.S. economy or the U.S. consumer. What could not be cheaply produced domestically was readily imported. Today the U.S. produces only 40% of the oil it consumes and imports the remaining 60%.

But of course the option to import what you cannot produce is not available when world peak oil occurs.

2. When Will World Peak Oil Occur?

In his 1971 book, Energy and Power, Hubbert estimated that world peak oil might occur in the year 2000 or even a decade earlier, depending on which of two estimates of world recoverable reserves proved to be accurate.

This time the king was not to be so infallible.

World oil production continued to rise through 2006. Production figures for 2007 have not yet been finalized by IEA - the International Energy Agency - but they are not expected to be much higher than 2006 and perhaps not higher at all.

In other words, world peak oil could have already occurred, although most experts believe that it's still a few years in the future, even a decade or two.

The flatness of recent world oil production has apparently roused IEA, which the Wall Street Journal describes as "the world's premier energy monitor," to assess the condition of the world's top 400 oil fields rather than, as in the past, simply assume that supply would be sufficient to meet demand. Premier Energy Monitor, meet Hubbert Peak Oil. According to the Journal, IEA will be "preparing a sharp downward revision of its oil-supply forecast, a shift that reflects deepening pessimism over whether oil companies can keep abreast of booming demand." 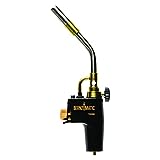 That's the point to focus on: When will the demand for oil exceed what can be produced? Production and consumption of oil have been pretty much in line up to this point, but what happens if future production, even rising pre-peak production, cannot keep up with the rising demand for oil?

First of all, oil prices will increase.

But oil prices are already increasing, suggesting that the current demand for oil may have already exceeded production. If so, falling supply and higher costs of production after peak oil occurs will only exacerbate the trend to higher prices. Then governments may intervene to reduce demand, control prices or allocate supply and, possibly, to assert control over additional supply. China's imports of crude oil from Sudan have already made it Sudan's biggest trading partner. And ... why exactly did the United States invade Iraq?

In the U.S., EIA statistics for 2007 show that 70% of the oil that is imported or produced goes to the transportation sector, and transportation relies on oil for 96% of the energy it uses. Gasoline, air travel and food items shipped from across the country or abroad will be especially hard hit by rising oil prices and potentially limited oil supplies.

3. What Can We Do About World Peak Oil?

When world peak oil occurs, according to Hubbert's theory, we will still have half of the world's recoverable reserves to produce.

British Petroleum's 2007 survey of world energy at the end of 2006 calculated what it calls proved reserves -- "those quantities that geological and engineering information indicates with reasonable certainty can be recovered in the future from known reservoirs under existing economic and operating conditions" -- to be the equivalent of 40½ years of production at the 2006 production rate.

Forty years may be less than half of the original reserves, but it's still a lot of years in which to find substitutes for oil or more oil. Yet some people like James Hansen, director of NASA's Goddard Institute for Space Studies, think oil companies and other fossil fuel producers are exaggerating their reserves. "Partly because of [such] disinformation," Hansen says, "the major efforts needed to develop alternative energies have not been made." The industry's siren song response to peak oil is to drill "in the deep ocean, under national parks, in polar regions, offshore, and in other environmentally sensitive areas." They would also tap "unconventional fossil fuels such as tar shale and tar sands on a large scale."

In Homer's Odyssey, Circe, the sorceress who had fallen in love with Odysseus because, having taken a potion given him by the god Hermes, he was immune to her deadly charms, warned him what he must do to reach his home in Ithaca. When navigating the straits between Sicily and the mainland guarded by Scylla, a six-headed monster created by Circe herself who could swallow six sailors at one time, and Charybdis, an enormous whirlpool that could swallow his entire ship, he must hold tight against Scylla's rock to make sure that the ship survived. And so Odysseus did, losing six sailors to Scylla but saving his ship and the rest of his crew.

Far more costly in dollars, which we may be willing to pay. Far more costly to the environment, which we might be disposed to accept. And far more costly in terms of carbon dioxide emissions leading to more rapid climate change, the warming of the planet to a temperature not seen since well before the birth of our species, which future generations will have to deal with.

This latter cost is what we must refuse.

Civilization today is on a tight course between its own Scylla and Charybdis - between a peak oil monster and a swirling whirlpool of greenhouse gases. Like wily Odysseus, we should steer close to Scylla, giving up what we must, rather than chance the destruction of the ship itself in the whirlpool.

Plan B 3.0: Mobilizing to Save Civilization (Substantially Revised)
Buy Now

What should we do?

James Hansen believes we have to reduce carbon dioxide in the atmosphere from the current 385 ppm (parts per million) - and growing - to at most 350 ppm by the end of the century.

Lester Brown of the Earth Policy Institute, a MacArthur Fellow and longtime advocate for sustainable development, has his Plan B 3.0: Mobilizing to Save Civilization (which you can download or purchase from his site) that includes the reduction of annual carbon emissions by 2020 to less than 20% of what they were in 2006.

And on July 17, 2008, Al Gore challenged the United States to create a national electrical grid that in ten years will provide electricity everywhere in the country from 100% non-carbon sources of energy such as solar, wind and geothermal power.

All three, incidentally, recommend a substantial carbon tax that would be completely offset or refunded so that consumers will not bear the burden of the tax but will have a substantial incentive to favor non-carbon sources of energy.

We have the technical expertise and industrial know-how for the President of the United States who will be inaugurated on January 20, 2009 to decide what the U.S. should do about peak oil and climate change and lead the world in finding solutions to both issues.

All comments are welcome.