Bach, in a Minute

Johann Sebastian Bach, in a nutshell

Johann Sebastian Bach was born on March 21, 1685 in Eisenach, Germany. He was a composer of western music from 1725 to 1750, which places him firmly in the Baroque era of western classical music.

Johann Sebastian was the youngest child of Johann Ambrosius Bach and his wife Maria Elisabetha. Johann came from a very musical family. His father was a court musician and his uncles were all professional musicians for the church and town.

Johann Sebastian Bach did not introduce any new forms as other composers have become known for. According to most accounts, Bach's inventive genius was almost entirely focused on working within the musical structures that existed at the time. He is best known for perfecting the contrapuntal (two or more simultaneous melodies) technique. Indeed, it is the contrapuntal technique that is a defining characteristic of much of the music from the Baroque period.

Bach was a prolific composer. He composed more than 1,000 works in his life. He wrote both sacred and secular works for choir and orchestra. Perhaps his greatest impact was his works for solo instruments that combined aspects of the Baroque period and ultimately brought it to its maturity.

Interestingly, Johann Sebastian Bach was considered to be "old-fashioned" in his time, but he has come to be considered one of the best and most influential composers of all time. In fact, composers since Bach's death have acknowledged his mastery of the genre.

Big names like Mozart, Beethoven, and Chopin were some of his most avid admirers. There's an excellent story of Mozart hearing a performance of Bach's motets (BWV 225) and exclaiming, "Now, here is something one can learn from!" Beethoven is known to have referred to Bach as the "Urvater der Harmonie" ("Original father of Harmony"). And Chopin would sequester himself away and play Bach's music before performing a concert. Pretty Heady stuff! 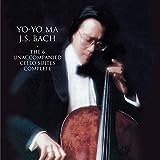 Some of Johann Sebastian Bach's most famous pieces are the Goldberg Variations; the English Suites and French Suites; the Brandenburg concertos; the Well-Tempered Clavier; Cello Suites; and a number of organ works, including Toccata and Fugue in D Minor.

The first movement of Bach's Brandenburg Concerto No. 2 in F. and his "Gavotte en rondeaux" from the Partita No. 3 in E major for Violin were sent into space on the Voyager spacecraft in 1977 as a kind of time capsule.

Bach was prolific in his self reproduction as well as his composition. He fathered twenty children, but only seven survived infancy. Two of his children that survived to adulthood were Wilhelm Friedemann Bach and Carl Philipp Emanuel Bach, both of whom became prominent composers in their own right in the ornate Rococo style (the style that followed the Baroque).

By Bach's 55th birthday, in 1740, his eyesight was failing. This led to his having two eye operations that resulted in his complete blindness. There has been speculation that these operations damaged his health and hastened his death from a stroke a decade later in 1750.