Paying a Mortgage in Small Increments

An amortized loan is one which has regular periodic payments – usually monthly but can be weekly, bi-weekly, quarterly, etc. which include amounts for both principal and interest (it may also include amounts for things like insurance and taxes but these are extras required by the lender and have nothing to do with the repayment of the loan).

An amortized loan is in contrast to loans on which periodic payments of interest are made and the principal itself re-paid with a single, lump sum payment, commonly referred to as a balloon payment, at the end of the term.

Most consumer loans today are amortized loans, although some lenders offer balloon payment type loans for things like mortgages.

Amortized mortgage loans were championed by the savings and loan industry which began in the nineteenth century as cooperative type organizations in which working people banded together to make small deposits to savings accounts on payday and, when sufficient funds were accumulated, would make mortgage loans to each other with the accumulated savings.

The mortgage loans were amortized loans and the monthly repayment of principal on these loans, along with regular savings deposits by members served to build the pool of loanable funds that allowed ever greater numbers of members to borrow to purchase a home.

The interest portion of the monthly payments was given to the savers as interest on their savings as well as used to cover the organization's overhead. In the popular movie, It's a Wonderful Life, staring Jimmy Stewart and Donna Reed, Stewart's character, George Bailey, heads the local savings and loan and works with its working class members helping them to save money to buy homes.

Interest Only vs Amortized Loans

Prior to the creation of the Savings and Loan industry in the mid-nineteenth century, most loans were of the periodic interest payment and final balloon payment of principal at the end type of loan. The balloon payment type loans usually had short terms of from one to five years.

In the case of real estate, these balloon loans were generally renewed rather than paid off at the end of the term and were more like short term bonds than mortgages as we know them today.

This balloon loan arrangement worked well most of the time but problems arose, especially in the rural western part of the nation when small country banks found themselves strapped for cash and, in order to raise cash, were forced to demand payment rather than renew mortgages when they came due.

Since the banks usually found themselves in this predicament as a result of a downturn in the economy, the borrower's were usually also short of cash and foreclosure followed. In many cases the rural bank sold the mortgages to larger banks in larger cities or in the East and these were the ones who ended up foreclosing on the mortgages during times of economic depression. This is the source of much of the imagery in movies of the greedy and evil banker throwing poor farm and ranch families out of their homes with foreclosure.

The main problem with the balloon type loan is the inability of most people to come up with the money needed to pay off the loan at the end of the term. So long as banks are lending, there is usually no problem, but when money is tight and banks are not lending, foreclosure is the usual result.

The amortized loan is thus a means of allowing the borrower to pay off the debt with small periodic payments and, over the course of fifteen to thirty years, repay the entire loan without ever having to come up with a large sum of money at one time.

The way amortization works is by setting the payment at an amount such that it is greater than the interest due on the first scheduled payment.

The interest on the first payment is calculated on the entire loan amount for a period that usually consists of one month. While most of the first payment goes to interest, a tiny portion goes toward reducing the principal. 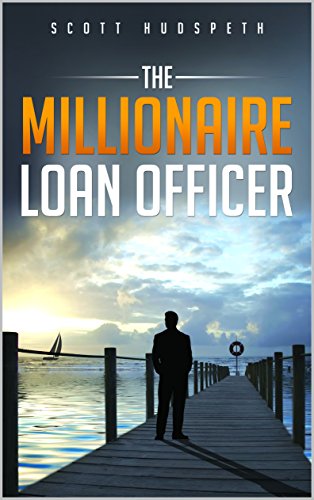 A Trick to Pay Loan Off Faster and Save on Interest

Understanding amortization can result in simple strategies to pay off your loan faster as well understanding what to avoid in order to prevent having the term of your loan (and your payments) extended. When an amortized loan payment is calculated, it is figured such that the total number of payments will be sufficient to fully pay the loan within the term.

On longer term loans, like a 30 year mortgage which consists of 360 monthly payments (twelve monthly payments per year times thirty years), any amount you pay in excess of the calculated payment goes to principal and has the effect of reducing the interest portion of each succeeding payment. The extra payment amount results in accelerating the repayment of the loan.

By paying the extra $100 with the first payment, the balance was lowered and this caused the interest due on each succeeding payment to fall at a faster rate than calculated because, in effect the extra hundred dollars you paid first was the last $100 of the loan and was not scheduled to be paid until the 360th payment.

By paying that $100 up front the borrower not only reduced the loan balance by an additional $100 but also directed the interest that was built into each of the following payments for that $100 to be re-directed toward reducing the loan balance.

Even making a payment late will result in a larger portion of the payment going to interest due to the fact that the balance was higher for a longer period and this will cause the total amount paid over the life of the loan to be some multiple of the extra interest on the late payment.

In closing, there is one simple trick which can save thousands of dollars in interest and reduce the term of a 30 year mortgage loan by a half or more, and that is by making so-called bi-weekly mortgage payments.

However, since our months do not consist of an even four weeks each, we end up with twenty-six rather than twenty-four two week pay periods per year.

If you have your paycheck deposited directly to your bank account you can arrange with your bank to automatically deduct one half of your monthly mortgage payment and pay it to your lender every pay day. Most people have to set half the mortgage payment aside each pay day anyway or see the bulk of one check go to the mortgage each month.

With bi-weekly mortgage payments the lender gets half the payment two weeks early every month. This alone has the effect of slightly reducing the period for the calculation of interest and results in a slightly smaller amount going to interest each month.

But the real kicker is the extra half payment in each of the two months in which you get three pay checks. On top of the small interest advantage from making each payment a little sooner than calculated, you also get the big wallop from making thirteen rather than twelve full payments per year. We saw above the huge savings from simply increasing the first payment by $100, imagine the effect of making an additional full payment each year. Your mortgage will disappear in no time.