Computers, Do They Really Make Our Lives Easier?

When I was just a young lad in the 1960s, there was always talk that one day computers would make life easier for all of us. Popular Mechanics and Popular Science magazines had articles with pictures showing how computers would be our slaves and perform mundane tasks for us. And that we would live a life of leisure as they toiled away at tasks that we didn't want to perform. In fact, there was concern that we would become too lazy as a society because computers and robots would be doing most of our tasks and work for us. The graphic to the right is from the cover of a Mechanix Illustrated magazine of 1965. The caption reads: " The robots are coming. When they do, you'll command a host of pushbutton servants."

Today, we have two types of computers: General Purpose and Special Purpose. This article describes the difference between them and the implications on our lives of each type.

A general purpose computer operates using a host of different software programs and applications to perform various tasks that are used as tools by the user. This includes desktops, laptops, notebooks, and IPads.

A special purpose computer is usually embedded in a device or system. It operates with specific software to control and monitor specific processes and tasks that it was designed for.

The general purpose computer has caused us to take on tasks that used to be handled by many other disciplines. There used to be "bean counters" accountants that would track department budgets by making manual entries into spread sheets. The responsibility has been shifted to users of Excel or other spreadsheet programs.

Powerful word processing and desktop publishing systems now make the writer responsible for all the tasks that were performed by many departments. Presentation software like PowerPoint now makes us responsible for making our own presentation graphics, a job that used to take an entire graphics department.

Database software now makes us responsible for compiling our own database information. There used to be project management and planning departments that have now been replaced with programs like Project. Now we can produce courses online that can literally reach thousands of students as opposed to a classroom course with an instructor and a handful of students. Entire drafting departments have been replaced with workstations where design engineers do their own drafting.

All of this technology puts us in control and makes us responsible for many of the tasks that used to be handled by pools of people working in many departments. The division of labor has shifted from many people to we as the users of general purpose computers and software. Just look at the suite of programs that are in Microsoft Office. 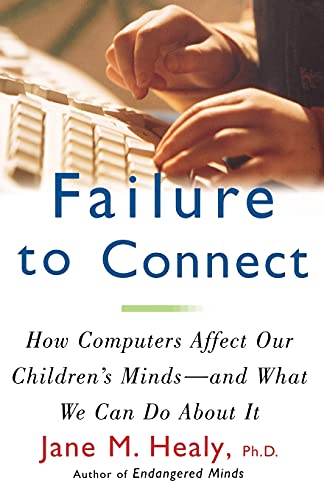 FAILURE TO CONNECT: How Computers Affect Our Children's Minds -- and What We Can Do About It
Buy Now

General Purpose Computers, Are we their Slaves?

General purpose computers have made us the jack of all trades but the master of none. So have computers really given us the leisure life that was predicted in the 60's? Yes we have all of this very sophisticated technology at our fingertips. The general purpose computer has taken the power of the main frame systems of the past and put it into the hands of the everyday person. And it has made us much more responsible for the tasks that used to be performed by many other highly skilled workers. Also the programs and applications that we use require a learning curve. For most user's, they learn what they need for the tasks they are performing, but it takes time and effort.

Special Purpose Computers are they our Slaves?

Many skilled workers jobs have been displaced by computers causing a shift in the work force.These workers have to retrain into other disciplines or they may find themselves in the ranks of the unemployed.

it's a far cry from the visions of the 60's. But I'm not sure that I would want a robot like RD2D or C3PO from Star Wars to give me a haircut or a shave.