When it comes defeating bankruptcy, no one has done it better than Donald Trump. Trump is the simply one of the best entrepreneurs in the global business community; yet remains one of the often criticized tycoons of our era. One of our very own Hub Page author Skalet described Donald Trump as “Donald Trump is well known today for his great wealth, and celebrity status. Some people admire him, and many despise him. Either way, one must acknowledge that he is an expert in getting what he wants through successful deal making, marketing and promoting”.

I have to agree with Scalet. Trump’s extravagant lifestyle and outspoken manner, especially in politics, has brought him many criticism and resentment. KickStart1 here in Hub Pages made a very good point on Trump about his ability to keep positive despite the criticism he receives all over the word for extravagant lifestyle and outspoken manner, especially in politics. KickStart1 said “But his ego does not let anyone falter him but instead keeps moving forward, as it can be seen in how he runs his business as well”. This is something positive I learnt from Donald Trump Bankruptcy.

Midas Touch: Why Some Entrepreneurs Get Rich-And Why Most Don't
Buy Now

Donald Trump is a businessman, television personality, celebrity, and author. What makes him so dynamic and seems to have MIDAS TOUCH, the Greek myth which tells of the Greek god Midas whose touched turned everything into Gold?..MIDAS Touch is a great financial book Donald Trump and Millionaire co-author and financial educator Robert T. Kiyosaki write and is selling chiefly in Kindle Ebook edition.

"Money was never a big motivation for me, except as a way to keep score. The real excitement is playing the game".

The question I keep asking myself is after filling for 4 bankruptcy, how did he managed to spring back from the deep dark financial graveyard and still managed to be one of the most wealthiest and influential American, topping #134 on the Forbes Billionaires list in the United States. Two lessons emerge from this discussion: First, he doesn't get his personal finance involved and second, he knows how to create a win-win situation.

In this cheap kindle ebook, Trump uncovers the mysteries behind his succesful negotitions 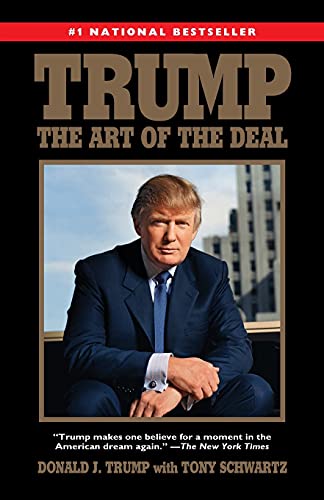 The Winner in the WIN-WIN Approach

"Experience taught me a few things. One is to listen to your gut, no matter how good something sounds on paper. The second is that you're generally better off sticking with what you know. And the third is that sometimes your best investments are the ones you don't make"
~Donald Trump

Using WIN-WIN appraoch to his Advantage

Let us take a closer look at how Donald Trump handled his bankruptcy using win-win approach. When reality dawn him that all his business were making less but spending more, that is of course the simplest definition of bankruptcy, Donald was forced to what he has to do as the leader of this his multi-million dollar organization. One thing he obviously did was to seek help. But help in a way that those whom he sort help also benefited from the deals he pursued. Trumps major bankruptcies occurred in - In 1991, in 1992, 2004, 2009. Let’s explore how he did it.

The 1991 bankruptcy involved his Taj Mahal casino venture. Soon enough, he realised he wasn't making the anticipated income. And that casino business venture was started on a 3.5 billion bank loan. Being smart as he is, he negotiated with the banks that gave him the loan (3.5 billion). He went in with WIN-WIN approach. The banks negotiated with Trump and gave him a lower interest rate and a longer time period to repay the financial obligation in return the investors would receive a majority of the Taj Mahal casino ownership. Soon enough, the bank recouped its loan and Trump got into business.

What a pity when just after one bankruptcy in 1991, he had another one in 1992. This is a massive blow and without his billionaire mind, Trump would have been killed by high blood pressure or heart attack. The 1992 Donald trump Bankruptcy involved Trump Trump Marina Hotel Casino. Again Trump used WIN-WIN approach to bail out. His billionaire mind guided him to give up half ownership of the hotel to the lenders while he got more time to pay off his debt. What happened? After two years and personal sacrifices, the business was up and running again. 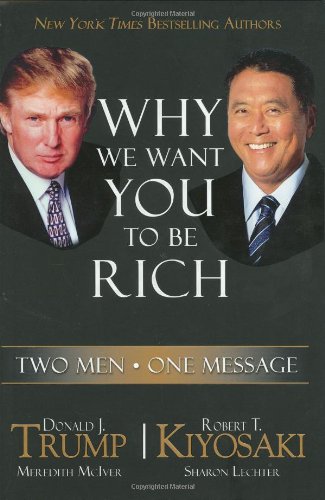 Why We Want You to Be Rich: Two Men, One Message
Buy Now

Other Books by Donald Trump

The devil of bankruptcy didn't want to let Donald have a good sleep probably because of his sometimes puffed up ego so sent him another bankruptcy in 2004. Man! This is a bloody massive blow when I look at it. But again, the smart tycoon walked out free. That makes him one of the smartest guys in financial world today.

The 2004 Donald trump Bankruptcy involved Trump Hotels & Casino Resorts. Instead of making money, the resort accumulated 1.8 million in debt that forced trump to file for bankruptcy. Thanks to his billionaire mind. Trumped went ahead and restructured his debt by reducing his ownership and giving bondholders stocks to help lower his debt as well as he gave up his CEO title, but still remained chairman of the board. Not surprisingly enough, as we can now tell from his ability to spring back from the pit of bankruptcy, Trump Hotels & Casino Resorts came out of bankruptcy with a new name called the Trump Entertainment Resort Holdings. 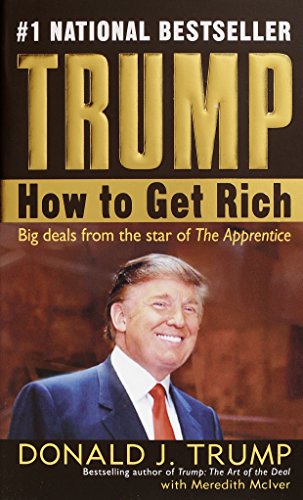 Trump: How to Get Rich
Buy Now

Trump knows how to create a win-win situation. Trump proposed to the lenders that reorganizing the company would provide him the cash to improve his business. The reorganizing will have the potential to generate profit afterwards and allow him to invest those earnings into new markets and expansion, thus making more profits for the shareholders and allowing Trump to keep this high salary job. I hope this lesson help us all.