Father of an angel, house painter, and billiards enthusiast. 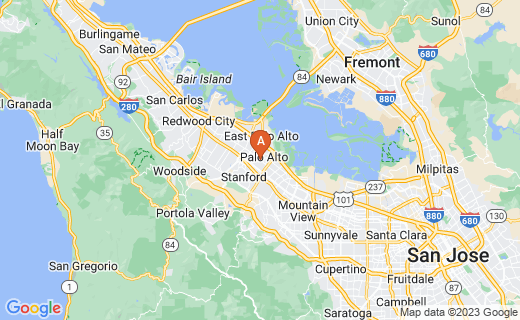 everyone is looking for the next big thing. The are hundreds of thousands of people searching constantly for that perfect investment opportunity. Could this be it? Or, is this stock going to be a bust? Only time will tell. In the past decade we have seen some major rises and falls in the stock market, but there have been a few companies that outperformed the trends. Even in a down economic climate, Google has managed to take it's initial stock value from the $60 range when they went public in 2005, to a staggering $560 (approx) in seven years. Now, the most used site in the world is going public as well. Facebook's intention is to raise 5 billion US dollars by offering shares to the general public. There are a few potential areas for concern, but I will let you be the judge. According to Sharepost auction reported on allfacebook.com, Facebook's value has been dropping over the last several months. They report a steady decline from the value of 82.5 billion as of August 2011, to as low as 75 billion at the end of November. The PBS report that I watched today also expressed concerns about the value of the product that Facebook has to sell. They suggested that there needed to be an improvement of the ads Facebook sells to the advertisers it currently has to encourage new customers for that service. The experts claimed that the placement and presentation needed to be improved to make the network more beneficial to businesses who pay for ads. The analyst also discussed the plateauing number of users to his list of concerns. The social networking giant has been hovering just over the 800 million mark over the last quarter. There has been growth, but the flood of new users has slowed a considerably. If you combine that with the drop in share value at the last sharepost auction report from $35 to $30 as of Nov. 2011, you might approach this with caution. On the plus side, the report suggested that the platform was bringing the current users back more frequently and for longer periods of time. There is definitely a profit being made by this company, however, there are definitely questions over the long term value of this investment. Mark Zuckerberg released a letter to potential investors that raises more questions than it answers to me. He speaks about the company's mission being more important than making profit, and how he intends to continue to do it the "hacker way". The Harvard wizard expresses concern about the competition, google, and it's effects on the potential for profit. These statements do not build confidence in the investment form where I stand. Even with a 1 billion dollar profit last year, the information I am gathering gives a questionable outlook to the potential for growth beyond it's current level. The analyst spoke about issues with the ability for Facebook to get into the Chinese market, where hundreds of millions of potential users lie waiting to be accessed. There are also the concerns being expressed over the privacy issues that have plagued the site for ages. Provided that "America's favorite social site" can address these concerns, there may well be a great investment lurking about. Personally, I believe the company will continue to modify it's platform to satisfy as many users and advertisers any way it can. From here, it looks like they have created the most visited site in the world doing just that. Provided that forward thinking and innovation continue to be the focal point of the staff there, this stock could end up being extremely valuable. Especially when and if they break into the Chinese market. Considering that there are 1 billion plus people there, access would give this website the chance to double it's number of users in a relatively short period of time. The emerging markets hold the key to long term return of the investment, along with just how creatively Facebook can use it's platform to sell products and services without taking away from the "social site" theme. I can't promise a Google type of return, but this stock looks like something that I would be interested in investing in.......

There have been some major concerns brought to light by some of the biggest investors in the world. Warren Buffet's investment group Berkshire Hathaway just purchased a huge amount of stock in GM, but has chosen not to invest in the Facebook IPO from what I understand. There may still be profit in the stock, but I admire Mr Buffet's vision and investing knowledge and believe he may know something that the general public doesn't. As of May 18 2012, I'd say to invest in this IPO at your own risk if you were asking for my opinion.

Do you think this is a great investment?

My Profile, more on the subject, and some other hubs you might find interesting