How To Save Money On Theater Tickets

HOW TO SAVE MONEY ON ENTERTAINMENT AND THEATER TICKETS

In a down-turned economy, people are looking to save money wherever they can.

Many people who frequent plays and the theater have had to curtail their spending as ticket prices soar and budgets are slashed due to the high price of everything.

Not only have ticket prices seemed to go up substantially but the high price of fuel to get to entertainment has made many people decide they can no longer afford some of the luxuries of going out.

Are there ways to save money and still continue to go to the theater?  There are!

Let’s look at some great and pretty painless ways to save money on theater tickets!

HOW TO ENJOY THE THEATER ON A BUDGET

Forget about Broadway.  If you’ve always seen your plays on Broadway, think off Broadway.  You can spend a wad of money going to big production plays where even horrible seats can cost you more than $100 per seat.  Start thinking creatively.....go to community theater plays for way less money than you’d spend on Broadway.  Even take in high school plays or performances put on at the local college.  There is a lot of quality entertainment available for way less than you’ll pay for Broadway tickets.

Book online. The wave of the future is doing everything on line but it’s already the way to go in terms of getting the best deals! If you buy tickets for plays or performances on line, you usually will save at least 10%, sometimes more. Ticketloot.com is a great place to shop. There are also other venues such as Ticketmaster. Try and book at least 10 days in advance for the best seats. You can also get previews of coming attractions emailed right to you.

Get a bundle package. Sometimes when making travel plans, you can get bundles that have plays or performances built right into your travel charges. For instance, hotel reservations, plane tickets, dinner out and tickets to a performance in Chicago. You’ll save money by going the bundle route.

Groups. Getting group discounts is a great way to attend performances and theater presentations. What qualifies as a group? Usually 10-20 people qualifies and will get you a nice discount but call the theater directly and ask. They may even waive service fees for groups. Make sure to mention who the group is.....a local group of Kiwanis or the Senior Center. Other discounts may apply in addition to the group rate and it never hurts to ask!

Don’t go at prime time! This is your biggest savings possibility. Most people like to go to performances at peak times. By going instead to a matinee, you can save big bucks. Also try for weeknight performances because they will always cost less than weekend tickets. My daughter and I attended a whole season at a playhouse in Seattle for a very reasonable price by going early weeknight times.

Become a volunteer. You can volunteer at a theater! Especially if you’re retired, you can volunteer as an usher, sell tickets, hand out programs, or even work as a coat checker. Check out your local theaters and see if there’s a volunteer position for you. You’ll get to see the productions for free and also meet a lot of great people.....in the performances and attending!

Discount ticket clubs. Join the Theatre Development Fund and get great discounts on show tickets. This will cost you about $30 per year but if you’re a teacher, retired, or disabled you can really save money. You can also join Playbill which is free. You’ll receive emails about huge discounts. You'll even receive a discount code so when you order tickets, you’ll get the discount. You can use it on line or take it to the theater when purchasing tickets.

MONEY SAVING TIPS FOR GETTING GREAT DEALS ON THEATER TICKETS

Previews. Some performances and theater events have preview performances which are free.  However, they are first come, first serve and if they have them, they’re usually packed.  They suggest arriving 4 hours before the performance in order to get a seat!

Gift cards.  If you love the theater and performances and are finding it hard to justify buying tickets, ask your friends and family to give you cash towards your hobby....or even buy a gift card for your favorite theater.  It helps the theater generate needed income, and there is no shame in asking for what you want!  I give my mother a gift card at least once per year because I know she loves seeing plays and performances.  It matters to me that she has something she truly enjoys rather than a bouquet of flowers.

HOW TO SAVE MONEY ON THE THEATER AND ENTERTAINMENT

These are just a few great ways to save on theater tickets.

Some of these also apply to performances. I've been to several theaters in Seattle for instance who have great musical performances besides hosting great plays that come to town.

We saw Gregory Hines in a tap dance performance once and also were privileged to hear the Canadian Brass in downtown Seattle.

All our tickets were very reasonably priced by using the suggestions above such as going to a matinee or going on a weeknight.

Even in a tough economy, there are many ways that we can still enjoy entertainment venues.

If you have more suggestions you’d like to share with all of us to enrich this hub, please leave your comments below. 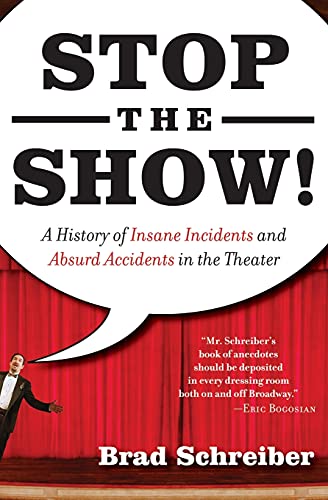 Stop the Show! A History of Insane Incidents and Absurd Accidents in the Theater
Buy Now