Save Money On Your Bills: Stop Signing Cell Phone Contracts

Wendy has been teaching technology and writing for many years. She loves animals and is a practicing Buddhist.

Why Throw Money Away?

People that unplug appliances to save a few cents on the electric bill think nothing of paying a costly cell phone bill every month. If you are locked in to a two-year contract with any of the major cell phone carriers, you’re throwing money away - and it’s only going to get worse as cellular companies start charging more for data. The two-year contract does not pose any financial advantage to the average consumer, but it earns a fortune for the major phone companies. Going without a contract will save you significant money and the financial benefits are noticeable right away.

Like any industry, cell phone companies are in the business of profits. The size of the profit depends on how much they can squeeze out of their customers. They count on the average consumer’s ignorance about contracts, fees, handset prices and alternative options for cell phone service to make billions a year.

Are You Using as Much As You're Paying For?

Cellular companies really rake in the profits from consumers who are only using a fraction of what they are actually paying for in their monthly plans. If you are a casual user who downloads the occasional game or searches for something online, you are probably paying too much for your unlimited cell phone plan. Even for cell phone customers who are using their device constantly, there are low cost, or no cost ways to download data other than a cellular network. Which may become necessary as cell phone companies start capping data usage, which several are already doing.

There Are Options For Downloading Besides The Phone Network

There are things you can do, such as a small investment in a Wi-Fi hotspot for your home or mobile devices. Switching from your 3G or 4G network to Wi-Fi when you are at home or near a hotspot – saves a lot of wear and tear on data charges. Whether you mostly use your phone for texting and calling, or you’re uploading cute photos to Facebook every few minutes - you will still save significant money by going with a prepaid plan.

Pre-paid companies offer the same service and Internet access at much lower prices. The base rate for prepaid phone plans, that include unlimited phone, text and data, run between $40 and $55 a month – with no taxes, fees or hidden charges and the price they quote you is the actual payment in full. The only difference is paying for the handset upfront, no discounts or deals on the phone. It doesn’t matter since you can find great deals on the latest phones all over the Internet. 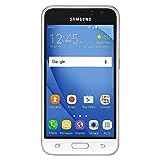 So How Much is That Phone Really Costing You?

The major phone carriers really fool their customers into thinking they’re getting a great deal on the latest, coolest Smartphone. When in reality, we’re paying much more for those phones than they’re worth. Here’s how it works: The company convinces you that you will save a bundle on a fancy, new Smartphone if you sign a two-year contract with them.

A common offer is a four or five hundred-dollar phone for an upfront fee of $99. Supposedly the company is swallowing the partial cost of the handset; but it’s just not true. If you’ve already been with one of the big companies for a while, and you want to replace an obsolete handset – it appears that this kind of offer is saving you money, but is it really? Prepaid phone plans offer generous unlimited plans for a reasonable monthly payment, so why do the two-year contracts cost so much? The answer is simple: They are factoring in a monthly payment for the fancy handset behind their mystery fees to round out their profits.

So let’s say your cell phone company just locked you into what looks like a fabulous offer: Unlimited phone, text and data for a low monthly rate of $100 – which is actually more like $150 with the taxes and fees. A brand new iPhone, which you only have to pay $99 for up front, seems like the deal of a lifetime. However, closer scrutiny of the actual cost shows how much that iPhone is really going to cost you:

Do You Really Need the Snazziest Smartphone?

Television, print and Internet ads inundate us with every snazzy new feature of their newest phone until consumers are practically drooling to get their hands on the latest, greatest device. Who in this country does not secretly dream of owning the latest iPhone? How many features does the average person really need? Unless you’re a true techie, who’s building apps for the latest Android operating system – the basics should cover most of your needs.

Since there are only two major operating systems, every new phone is going to run well if it’s running the latest version of the operating system. For example, Android phones should all be running at least version 4.0, otherwise look for something else. Every phone should have at least a 1.0 GHz processor, and in a year or two 2.0 GHz will probably be standard. The technology and processing speed is similar on most smartphones. In order to stay competitive newly released smartphones have to measure up in hardware quality or no one would buy them. Additionally, manufacturers are constantly improving the hardware, so a phone that only costs $150 is probably going to run just as well as the latest iPhone.

Prepaid Plans: Not Just for Poor Folks, Convicted Felons or the Homeless

There is a stigma with prepaid plans that’s been partially created by the cell phone carriers. Somehow we’ve absorbed the notion that normal, reputable folks have cell phone plans, while those living on the fringes of society go with prepaid. Prepaid customers need the mobility of a contract free life, just in case they suddenly get convicted, run out of money or join the Witness Protection Program. Meanwhile, millions of us stay locked into contracts we don’t need and that are siphoning too much of our hard earned money just for the security of a two-year contract. Somehow a two-year contract makes us feel more legitimate, and we clutch our cell phones tighter every time every time someone hints at prepaid.

The major phone companies rely on this stigma to keep their regular customers in line with renewable contracts every two years and the promise of a newer, better phone at a rock bottom price. That is if you don’t mind jumping through hoops for rebates. 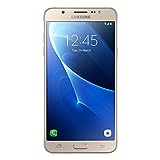 Why Prepaid Is Ultimately The Way To Go:

There is everything to gain from the pre pay phone deals. You are saving a lot of money and you can switch to a better deal if something else comes along, without the early termination fees. In the case of certain carriers, like Sprint, you can gobble up date without paying for the privilege of extra bandwidth.

The beauty of the pre-paid plans is the cost – it is the same every month – no surprises. In fact, many prepaid companies will lower the monthly bill by five dollars or more if you pay on time for six months.

It’s ok to give up the security of the two-year contract. A little research and a quick drive through the shopping areas of your neighborhood should point you in the direction of the right pre-paid company and the right smart phone. Imagine what you could do with all the extra cash you’ll save by trying something new and freeing yourself from the economic shackles of a costly two-year contract.

***Update*** I have now been with Boost Mobile for over a year, and I couldn't be happier. My prepaid plan started at $55 a month and is now down to $45 a month. As long as I keep paying on time each month, my bill will go down to $40 in another few months. The service is much better than T-Mobile and half the price for better reception and service.