Saving - In The Modern World

Oh What A Subject

All these images and many others march out of from the page or screen when we see that word.

What is it that makes us so perplexed, do we need to save our planet, our money, our souls, our resourses, our very selves.

So we need to focus on our most important commodity, M-O-N-E-Y.

A bakery supplies company produced a standard in South African cook books, obviously so as to obtain maximum exposure for their products. They are still around today as they provided service, honest to goodness service in exchange for the knowledge that you could glean from them.

As in those far off days, the wives stayed at home, while the husbands went to work, it was considered that one of the housewives main duty was to control the expenses of the family.

It is not Mrs Beeton's Cookbook, which, if I am not mistaken does also have a similar section to her Cookbook!

This is actually a mine of information and has relative value to what we are talking about today - SAVINGS.

A Sample Budget based on the average take home earnings of R100.00 per month, remember medical aid, income tax, as well as pension would be deducted at source, would have been a reasonable salary for the average employee.

This was considered to be a fair budget.

If you take it that when I got married and moved into our first house in 1972, my monthly groceriy cost was only R25.00 tops, this included luxury items such as a couple of Kilograms of prawns thrown in.

Do You Work to a budget?

Have You Even Drawn Up A Budget? 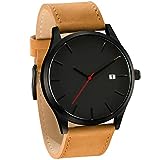 How Do You Save MONEY!

I do not know about the rest of the world, but saving in South Africa is a major challenge.

Let me take a little memory detour, step back in time, the year 1969, not a bad year considering, that armed with Matriculation certificate, which I had obtained by attending school for the minimum mandatory period of twelve years. This meant I had succeeded to gain an education

I joined the workforce, my first tentative steps onto that treadmill of life that the immortal bard Donovan so aptly sang about in those good old days.

"Here's your gold watch and shackles for your chain,

Heres your piece of paper,

to say that you're sane.

And if you've a son,

who wants a good career

Just get him to sign on the dotted line

And work for fifty years,"

Well I walked into my first job, at the bank on the 2nd of January 1969, an historical moment for me. I was a grade whatever clerk and was placed at a desk in the Savings department. I was then earning R115.00 per month, less deductions for a whole string of sundries, tea clubs, etc..

My responsibilities were very simple; I would assist the general populace in firstly opening up a savings account, how to operate the savings account, This is what would happen each and every Fridays they would all stand in a long, almost never ending queue, waiting for us clerks to fill in the both the deposit slips, as well as the relevant lines in their savings books. From there they would go through to the teller to finalize the transaction

These laborers were semi literate and worked as cleaners, floor sweepers, builder's assistants as well as those individuals that did all the cleaning and general scut work that a modern city had to offer.

Yet weekly they would come in and make meager deposits and even more meager withdrawals from there slowly growing balance which was their wealth.

Quarterly we would receive a printout of all the savings account holders for our branch, the work pattern now changed, as this tome of computer generated data, had what should be the correct opening balances that needed checked against the current balance in the physical savings book. The accrued interest would then be transferred to the customer's savings book, the new balance calculated, then and only then would you be able to do the normal days transaction. Needless to say, this imposed a slight delay on the normal Friday hundred or so customer.

This was the pattern Friday upon Friday, Quarter after Quarter, now we are into late November and heading for the first weeks of December. The queues are getting longer as we reach, depending on which trade was closing on which Friday for the Annual Christmas shutdown. As December reached its midway mark, the Friday lunch time queue a mere treacle of individuals that graced our savings counter. They had all taken there savings and had gone back to the homelands for Christmas.

The deposits were smaller and the withdrawals were getting larger, the amassed wealth now was removed from the accounts, leaving a token balance as a start for the New Year, for the new cycle to begin.

What is the point of this ever so long a story, the point is this, that the savings account holders, in those far off days, received interest on their balances, this was posted into their accounts, there was no mention of us taken anything from the accounts for ledger fees, handling fees, cash handling fees, bankers commission, bulk money handling costs. Why not! Those days the banks made their profits and kept the return to the shareholders to respectable levels.

These are the best banks 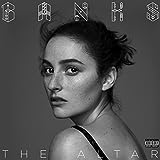 What has this all got to do with saving?

Another factor was that in those far off days, those purely ideallic and simple times.

The finance charges were very simple to work out as during those days Interest on Hire Purchase was simple interest. In South Africa the maximum term for any HP agreement was 36 months, usually 24 months for most household type of purchase.

Things change and the total maxim is for money to work, money must make money. One does not need to provide service one must have a vessel to drive more money into the system.

No it was not interest of the compounded variety, in which money begets money. Boy and does money really beget money when it comes to missed payments.

So when you hear about usury and loan sharks, we all think of those shady back room boys, with heavy muscle backing them, not so. Due to matters out of your control, and one has had to skip three momths payments then see how they react, especially in todays climate! I suppose they don't quite resort to the same physical means.

Today, what return do you get from your bank if you open a savings account? There are all these bank charges and the associated ledger etc., etc., charges which make the banks such a charming place to deposit and try to get some return on your investments. In the end what is paid to into your savings account at the end of the day?

The average man/woman, I am not talking about those people who do not have thousands and hundreds of thousand, stashed away in bearer bonds and off-shore gilt edged securities, I am dealing with the average man in the street that does not have the capital behind him to really save, .as the daily cost of living is so high, the bank charges are crippling, utility prices are increasing, the basic food and essentials are out of reach of a vast percentage of the worlds population.

Your monthly income has now fallen way short of your basic monthly expenses. Then, in the post a life line is thrown to you from your friendly banker, they have given you a nice check to do with what you will, and you only have to pay a miserable small monthly repayment, and that is not all you have only to start paying in sixty days time. What you now have is another bill for you to try and meet monthly; however you can enjoy that brief respite, and if you can manage to kill off one or two monthly accounts in its entirety then you have had a life preserver thrown out as it does help.

More often than not this does not quite extend that far, leaving you further up the creak, the paddle is lost a hundred miles back.

The banks, then apply the squeeze and they do know when it is the right moment. They bully and hound you, so in desperation, you approach that dreaded institution, the Debt Counseling Consultants Coordinators, what ever names they are trading under for assistance.

This costs you, for a vast majority of our fellow man, your pride. As they examine your every spending habit and spending patterns, they try to help you rehabilitate yourself To do this the then temporarily remove some of your rights as a citizen, arrange a repayment plan with your banks and other institutions you are in debt to. They stop you from opening new accounts, they controll your spending, all in order to protect you from yourself.

How it came about

However, if we take a major step back, it is the banks and similar institutions that has pushed and tempted us, the uninformed masses into extending and then overextending ourselves further and further. Many oh so many have families have lost their homes and their pride, self respect and dignity.

The simplist of ploys, the annual increase of credit available. The phone solistations from the banks, to convert part of your unused budget to avaolable cash for back to school; expenses.

In store credit cards with free gifts, discounts, skip a month payment a year. You know them and how often, due to circumstance, have we not succumbed to their subtle marketing ploys?

Why, so those, shareholders can reap more of a dividend than it is practical in these tougher economic times. The need to pay bigger and bigger dividends is to the cost of the average man, whose contribution to those profit amounts to at least sixty percent of the total profits.

Now whenb the economy has tightened and the worldis in a finacial crisis, the banks are trying to save face and now are trying to make unreal demands on those that so freely handed cash lollipops to, knowing full well, that the repayment would become a crunch when interest rates increased.

The result is the banks start to foreclosure and the next step is the seizure of assets.

So we do really need to save, we need to start by saving ourselves first.

The new order for saving would be.

Cast your vote for this Hub