Politics: Presidential Elections and the Media

The mainstream media really thinks we're idiots. Are we? Are we so naïve that we turn the television on or log onto our streaming news services day after day and fall for the crap they are feeding us? These are the questions I am asking myself.

For weeks the 2012 Presidential race was an Obama/Romney race. I know my next statement will draw some criticism but, I'm going to say it anyway. I just could not make myself like Romney. He scared me. I'm a middle class (or less), laid off, middle-age person paying $600 a month for private health insurance. What on earth could Mr. Romney know about me and the way I live? I knew what I was getting when I voted for Mr. Obama. It's far from perfect but I do think he really does care about people like me, even if his decisions don't always do me any favors. So, bite me. I'm just one of those people that would rather keep what I know than to start over with a monster I don't know.

The real inspiration for this hub is the mainstream media who overnight turned the 2012 Presidential Election into a race between Obama and Paul Ryan. When it was obvious that Mitt Romney wasn't winning friends, mainstream media made a media darling out of Paul Ryan and seemed, for a while, to forget all about Romney.

Almost daily I find myself defending Mr. Obama so here I go again. Personally, I think Mr. Obama is a highly intelligent person who cares about the middle class. The problem I think is that he is just too dang academic to communicate effectively. And the media never misses a chance to showcase his screw ups. That's their job, I know.

From where I stand, Obama arrived too soon. Had he had another 4-8 yeas experience in the Senate, I think he could have gone down in history as one of our greatest leaders. The 2008 Democratic Convention was his albatross. He gave an extraordinary speech at a time when our country was in dire straights. We needed to hear those words, that we were still the strongest nation in the world; a people that could survive if we would only embrace once again the principles of our founding fathers. The mainstream media and, Oprah Winfrey, the most powerful woman of our times, soon painted an image of Obama that was almost Christ-like. Could he really walk on water? We just didn't ask. We didn't look closely enough. We were desperate for change. We elevated Mr. Obama to a level that no human on earth could live up to. All because of one good speech.

Did Mr. Obama get caught in an undercurrent that eventually catapulted him to become the next President? I think so. Looking back, even I will admit that it was too soon. He wasn't quite ready. But then, could anyone have been prepared for the kaleidoscope of problems that assailed him so soon after taking office? I doubt it. Don't you remember...

Oh, and we can't forget that we have a Congress that doesn't care what is right for the people as long as they don't have to work together across party lines. How could anyone be prepared to handle all that and more with a new administration? Maybe it's time we get real and give the man a break.

Obama has made some mistakes. Oh yes, the media doesn't hesitate to tell us that. But think about it. It was only four years ago that they were holding him up like a banner. Oh yes, they played it up with reminders that he would be our first black President, that his experience as a community organizer would be his tool for working with the two party system in Congress. Remember?

From where I stand, the only really good thing that Mr. Romney did was to choose Paul Ryan as his running mate. The focus of the campaign changed and Mr. Ryan became the topic of all the mainstream media outlets. Mr. Ryan was a lot more palatable and predictable than Mr. Romney. He didn't appear nearly as arrogant and that was refreshing. Mr. Ryan handled interviews with remarkable savvy. He answered questions with factual statements backed up with substance. He was confident and capable and in my opinion, made Romney look like a clown. But, Mr. Ryan also had his quirks that mainstream media hid from us.

As the 2012 Presidential campaign was one of the most negative in our history, we should credit mainstream media for perpetuating the negativity. Hopefully, we have learned something and in the future, will do our own research on the candidates and ignore these media giants who are paid big money to influence elections.

Thoughts by Other Hubbers 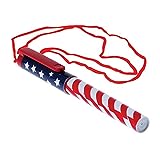