Rajasthan ,a state in the west part of India,is located at 26.57268°N and 73.83902°E.It consists of 33 districts and have a total area of 342,239 km2 .According to 2011 census ,Rajasthan has a population of 68,621,012 people.68% people are literate here. There are 200 Legislative Assemblies and 25 Parliamentary constituences in Rajasthan. Governor is respectable Margaret Alva.Present Chief Minister in Rajasthan is Vasundhara Raje from Bharatiya Janata Party.

Sitting MPs in Rajasthan in 2009 Loksabha

An Open Secret in Rajasthan Politics

The base of Rajasthan politics is casteism.Here is a bipolar situation between the Jats and the Rajputs.Struggle for issues is secondary in Rajasthan's political ground.Rajputs were able to hold 54 seats in the first election in1952 when commonmen were in favour of the Rajputs.But as time walks,awareness makes them different.Vaishyas,Brahmins, Muslims, Gurjars, Malis, Kulvis (Choudhrys),Yadavs, Kumawats, Punjabis, two Sikhs,Sindhis, Rebaris, Kalals, Rawats, Seervi, Dhakar, and Dangi are there in present Assembly Constituency in Rajasthan as were in the recent past Government.Both Congress and BJP are continuously trying to grasp Jats and Rajputs.Rajyavardhan Singh Rathore and princess of Jaipur Diya Kumari are in BJP as representatives from Rajput group.The caste conflict in the state is due to two reasons ; caste-based politics and quota reservations.Gujjars who have been given the status of Schedule Caste,want Sceduled Tribe status as they are experiencing more prosperity and prosgress of Meena for getting Schedule Tribe status.

Contesting Candidates in Rajasthan for 2014 Loksabha

BJP or Congress in Rajasthan

BJP hopes it will sweep away Congress in 2014 Loksabha.The expectation of BJP has certains reasons in the dish.All over the country ,there is a Modi-Wave which does not leave Rajasthan apart.Corruption of Congress in the centre and Gehlot Government in the state is another reason.Failures of central Government of Congress and State Government are kept in the dish.But the most significant reason for which BJP is thinking to keep the center in their hands is the trend in Rajasthan in past quarter century.People of Rajasthan have been witnessing alternating Government since 1993.The BJP came to power in 1993, the Congress in 1998, the BJP in 2003, the Congress in 2008 and the BJP again in 2013.So it is predicted that this Loksabha favours BJP in Rajasthan. Certainly,Narendra Modi wants 25 seats out of 25 as was in the 1984 Loksabha for Congress.Thus Rajasthan is going to be one of the most significant states to have become the Prime Minister of India by Modi.

BJP or Congress - Whom do you think to be the victorious side in this Loksabha Election in Rajasthan? 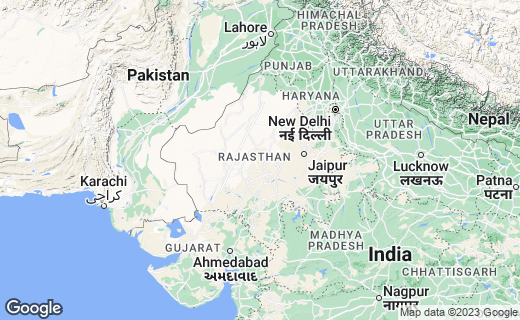