Enabling the Threat - Al Qaeda's History with the United States

There are several key events in Al Qaeda’s history that enabled Al Qaeda to emerge as a considerable threat to Western society. In a way, the United States is to blame for enabling Al Qaeda. It's ironic how quickly allies can turn into enemies in this dynamic environment we live in.

Each of these historical events is explained in this article. If you have anything to add, please feel free to leave a comment. Terrorism is one of the subjects I find most interesting.

Video Dedicated to the Soviet Soldiers 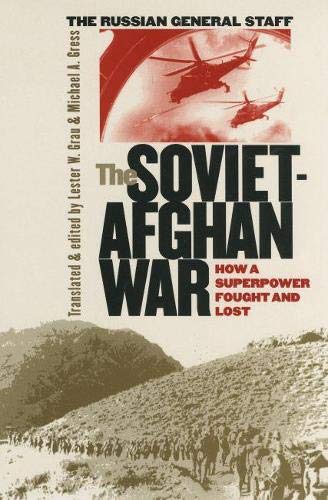 The Soviet-Afghan War: How a Superpower Fought and Lost
Buy Now

The United States supported Afghanistan during the Soviet-Afghan war by supplying weapons and training. Although the United States felt the greater enemy during this timeframe was the Soviets, the support provided to Afghanistan ended up causing serious problems in the long term. Many of the weapons provided by the United States to support Afghanistan were sold on the black market and have been used by terrorists against Western societies (Davis, 2002). These weapons were also used in feuds within Afghanistan and battles between the Palestinians and Jews.

The weapons and training provided by the United States during the Soviet-Afghan war aided in Afghanistan’s battle against the Soviets, but also indirectly enabled Al Qaeda. “Carter certainly did not consider – nor would any reasonable person – that the result of aiding Afghan guerrillas against Soviet occupation would help stimulate the collapse of the Soviet Union and, a generation later, lead to the rise of Al Qaeda” (Freidman, 2004, p. 13). Afghanistan’s ability to withstand the Soviet offensive simply instilled confidence in their fighting skills and led to the formation of the mujahideen. After the Soviet-Afghan war, the mujahideen was abandoned and no longer had a purpose. Al Qaeda came along and filled the mujahidin’s need for a purpose. This purpose was simple – create terror and kill as many infidels (Americans, Jews, and Western society) as possible.

Occupation of Saudi Arabia by the United States

Al Qaeda cannot stand the occupation of Saudi Arabia, Iraq, and other Islamic countries by the United States. Al Qaeda believes Saudi Arabia to be part of the holy land and it is against their belief to allow infidels, such as the United States, to occupy this region. In response to Iraq’s invasion of Kuwait, the United States sent many troops to Saudi Arabia to protect the oil fields there and provide a formidable presence. Saudi Arabia’s agreement to use American troops came as an insult to Osama bin Laden and Al Qaeda:

"Osama bin Laden had met only a few days earlier with senior princes and offered his ragtag mujahideen army, fresh from a decade of fighting the Soviets in Afghanistan, to deploy along the border to protect the oil fields. Bin Laden’s argument was that no Muslim army would fight the mujahideen, the holy warriors of Afghanistan. But the very fact that Iraq had already attacked a fellow Muslim nation gave the royals little faith that bin Laden’s view was right. That was why Cheney was allowed to fly to the Kingdom and make the offer of American protection." (Posner, 2005, p. 136)

The dispatching of the United States troops into Saudi Arabia added fuel to the Muslim hatred of Western society. Even the average Saudi, “without the passion of the fundamentalists or the anger of the nationalists, still overwhelmingly opposed the American troops” (Posner, 2005, p. 136).

The United States presence in Saudi Arabia was the catalyst for one of the first major successful Al Qaeda operations against the United States. The date of the bombing of two United States embassies in East Africa, in Nairobi and Dar es Salaam, was August 7, 1998, exactly eight years after the arrival of American troops in Saudi Arabia in 1990 (Gunaratna, 2002). The bombing of these United States embassies further instilled confidence in Al Qaeda. Al Qaeda saw the success of these bombings as validation of their skills in terror and confirmation of America’s vulnerabilities to their attacks.

Continued Support of Israel by the United States

Israel represents the holy enemy of the Muslims. The fact that the United States supports Israel infuriates the Muslim community and Al Qaeda. The United States is considered by Al Qaeda to be “Israel’s most important and critical ally” (Posner, 2005, p. 137). In a speech on November 12, 2002, Osama Bin Laden made the following statement:

"What Bush, the Pharaoh of this day and age, is doing now, in terms of killing our children in Iraq, and what Israel, the ally of America, is doing in terms of destroying homes and the people inside them, destroying the homes with elderly, children and women inside, with the American planes in Palestine, should be ample indication to the wise from among your rulers, to forsake this gang of criminals. Our brethren in Palestine have been subjected to the killings and the worst forms of torture for more than a century. So if we defend our people in Palestine, the world reacts by ganging up against the Muslims under the banner of fighting terrorism, falsely and unjustly." (Gunaratna, 2002, p. xli)

Despite most American Muslims not supporting political violence, especially terrorism, there is a “widespread resentment of the perceived influence of the Jewish lobby in shaping US foreign policy and American’s role in the Middle East, especially its political, economic and military support for Israel” (Gunaratna, 2002, p. 111). This resentment creates sympathy for Al Qaeda’s cause even though Al Qaeda’s methods are considered questionable by most Muslims. Unfortunately, the ensuing sympathy and support for Al Qaeda’s stance against Israel-supporting United States results in Al Qaeda backing by Islamic fundamentalist. These resources make it easier for Al Qaeda to further their cause.

Davis, P. (2002). Deterrence and influence in counter terrorism: a component in the war on Al Qaeda. Santa Monica, CA: The Rand Corporation.

Posner, G. (2005). Secret’s of the kingdom: the inside story of the Saudi-U.S. connection. Westminster, MD: Random House, Inc.