An Hispanic Underground Railroad In Ohio

One theme was the success of the local First Night family activities held in safety without alcohol in the Metropolitan Columbus Downtown area around the Scioto River in the gentrified former slums and abandoned properties. This area is a showcase of beautiful parks and refurbished buildings, Old Veterans Memorial Hall soon to join them. The area keeps improving as people move back Downtown to live.

Another theme was the reduction in law enforcement officer deaths by homicide in 2013 to "0", down from 2 in 2012 and about a dozen in 2011. The number of civilian murders remains lower than previously as well: 92 compared to higher numbers 1990 - 2010. This is also good news.

Another piece of the violence theme highlighted Hispanics in Columbus and largely undocumented residents.Growing concern among the public since 1990 has some Columbusites pointing fingers at West Side businesses and a conglomeration of churches that teach English as a Second Language to undocumented aliens while not reporting them to immigration authorities. 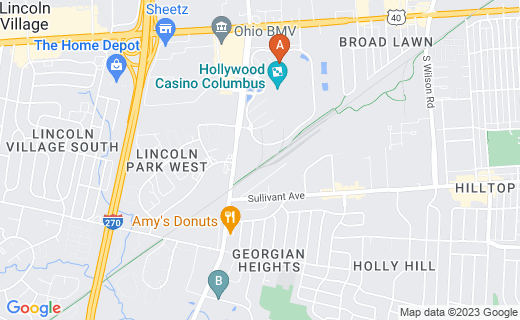 The CDC released statistics at the end of December 2013 about abortion rates vs. race in America from 2007 and 2010.

From the 1990s to 2005 or thereafter, a number of Columbus residents felt that the owner of a Hispanic carry out and restaurant at the time on Georgesville Ave. on the West Side was aiding "illegals." An American citizen who was Hispanic, he might have been helping undocumented persons into the community from Mexico, Central America, and South America, according to these concerned Columbus citizens.

Many news articles about crime and traffic accidents in Columbus during these years mentioned that fact that undocumented Hispanics were involved in these incidents. The concerned citizens became angry.

Representatives and contractors in public health connected with the city and county health departments often held educational programs at Hispanic carry outs and restaurants, especially on the city's West Side, to target Hispanics and African American residents who needed health services. Representatives from a West Side community based organization of which I was a part participated in these events, which served more than the number set by planning goals.

We felt successful in addressing several public health issues from nutrition and homelessness to immunizations, birth control, and STDs. How much good did we really accomplish?

Some of the Hispanic market-restaurants formerly located on Georgesville Road have disappeared before and after the Hollywood Casino opened nearby at the corner of West Broad Street. Upscale Mexican restaurants and taco trucks have replaced these establishments. If an underground helping undocumented individuals is operating through any of these ewer places, it is unknown.

A disturbing event in December 2013 brought a fine point to the problem of undocumented individuals in Columbus.

Natividad de Jesus ("Nativity of Jesus") Hernandez, age 30 and from El Salvador, is an undocumented immigrant in Central Ohio. He had a four-year-old son whose mother, to whom he is unmarried, is in Honduras. He is unemployed.

In mid-December, Hernandez drove up to a residential construction site and got out of his pickup truck. His young son, who was not strapped in and had no car seat, climbed down as well. Hernandez returned to his truck and drove away, running over and killing his son.

EMTs and Sheriff's Deputies responded to an 911 call and they all left in an emergency vehicle, leaving Hernandez standing by the side of the road with his girlfriend's two young children, who had apparently also bee in his truck. Why did law enforcement leave him without informing him that he was to stay there until a second Deputy, who was on the way, arrived?

Hernandez left with the two children and arrived at his son's hospital two hours later, to find his son dead. He was charged with leaving the scene of an accident and a felony involving the death of his son. 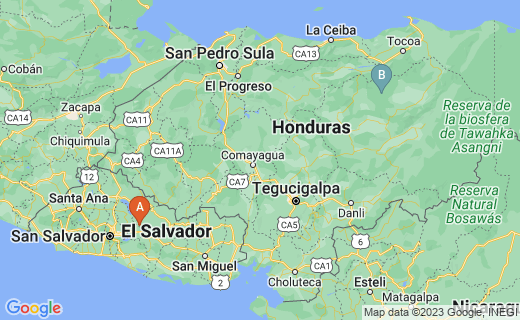 Homeland of four-year-old Angel and his mother.

Does there exist some sort of Underground Railroad for Hispanic immigration without documentation into Ohio and even through to other places? The Civil War Underground Railroad was quite active in Ohio with many stations. Its headquarters and museum today are in Cincinnati.

We know that people of all ages are sold for a variety of uses through the Toledo, Ohio port and shipped to other states and nations, although this problem has lessened during 2010 - 2014. Are Hispanic migrants being captured by this system? How can we address undocumented persons in Ohio?

Hernandez was held on $500,000 bond for his transgressions. He was undocumented, unemployed, and unmarried to the boy's mother, who is in Honduras. Why did he have the child with him in Ohio? He may also be charged with attempting to steal materials from the construction site he visited.

Immigration authorities immediately initiated deportation paperwork on Mr. Hernandez, but he was permitted to attend his son's funeral on New Year's Day. Hernandez had presented law enforcement personnel with several false birth dates and false IDs upon his arrest.

The four-year-old boy, named Angel,will require $5,000 to send his body home to Honduras. A crowd-funding website is being used to help raise funds (only $700 by New Year's Day), but Ohio Jobs and Children's Services contacted Honduran agencies in the USA for further financing.

All of this increases the ire of some Central Ohio residents against undocumented persons in Franklin County. While many people are sad about this in Ohio, many are angry.