The Truth About Muhammad: Founder of the World's Most Intolerant Religion
Buy Now

I think as Americans we lean towards giving people the benefit of the doubt. When someone says that they are a Christian we want to believe them until proven otherwise, even if they have a Muslim name.

I was no different. I had no preconceived ideas about Barrack Hussein Obama and even hoped that he was who he said he was, after all he seemed like an intelligent and likable guy. However, now, with all of the evidence provided in the past year I have serious doubts.

First of all, he doesn't have to be a dyed in the wool, kneel 5 times towards the east, Muslim to be considered Muslim. According to the Muslim faith all he has to have is a father who is Muslim to be considered Muslim. Secondly, he kissed the ring of the Saudi King, this is a sign of obeisance in the Muslim world. We in America didn't pick it up because we are not familiar with such things in America. Thirdly, he and his cabinet have been pro-Palestinian and anti-Israeli since they were voted in. I don't think we've ever had a President that treated the Israeli Prime Minister in such a shameful way as Obama. Prime Minister Netanyahu recently visited the White House and was given a list of demands to be carried out by Obama and then was snubbed by Obama when he got up and told Netanyahu “I am going to go and eat with my family”. Is this any way to treat the prime minister of Israel?

Morover, there are several You Tube videos that show Obama stating that he is in fact a Muslim and he says that the Koran is a holy book and he extols the religion of Islam. No Christian would ever say that. The Koran itself wages war against anyone who doesn't adhere to it, especially Jews and Christians as quoted below:

How could a Christian say that the Koran is a holy book when the Koran itself says that unbelievers ie Christians should be killed?

It worries me terribly that Obama will turn our nation against Israel because the Bible itself says in Genesis 12:

(Genesis 12:2) And I will make of thee a great nation, and I will bless thee, and make thy name great; and thou shalt be a blessing:

(Genesis 12:3) And I will bless them that bless thee, and curse him that curseth thee: and in thee shall all families of the earth be blessed.

Not only does the Bible admonish us to bless Israel but the nation itself is the only democracy in the region. If we withhold our support of Israel I'm afraid that we will come under the judgment of God and once that happens there will be no escape.

Recently, the issue of Obama's ring has come to the forefront. According to World Net Daily Obama wears a ring that is engraved with the words "There is no God but Allah", a Muslim statement of faith. This is damning evidence that Obama has deceived the public at large for the entire time he has been in office.

Finally, he has denied that Jesus is the only way to God, anyone who denies that, in my book, is NOT a Christian. The Islamic faith provides for deception when it comes to unbelievers so take that into consideration. When you consider the recent Muslim uprisings in the middle east, the cold shoulder Israel has been given by this administration and the obvious support of Muslim holidays one would have to be quite dense to believe that Obama is the Christian he claims to be. The Bible says to be wise as serpents and harmless as doves, unfortunately we have been neither!

Do you support Israel as a nation? 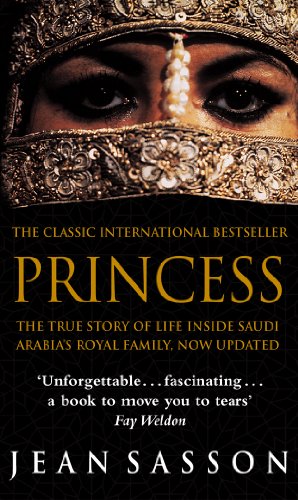 Update: update...sure looks like that's exactly what he did!