Cell Vs. Face to Face

It seems like every second person has a cell phone stuck to the side of their heads or within reach just waiting for that all-important text message. The best scenario is people behind the wheel of a vehicle, talking on a cell phone while attempting to grab a giant cup of "Tim Horton's" coffee from the cup holder. These are the same people who are teaching the next generation of drivers everything they know! As a pedestrian, this does not make me feel very safe when crossing city streets.

Driving and Talking on Cell Phone at the Same Time!

Just recently I was halfway across the street when this pickup truck came veering around the corner abruptly stopping about three feet away from me. The man driving the truck shouted out some vulgarities at me as he seemed angry I had got in his way and interrupted his phone call (as he was talking on a cell phone). He then continued his phone conversation as he screeched off down the street. Meanwhile, I was the one who had the right of way according to the light!

What did We do before Cell Phones?

I look around and think what the heck did we do before cell phones and laptops came into our lives. I believe it was called having a face to face conversation. This seems to be becoming more and more outdated; heading towards the same fate as the record album when CDs were introduced.

3yrs. Old and Loves to Talk into Toy Cell Phone

I see people of all ages with cell phones many of which cannot function without their cell phones- these I call cell phone junkies. My older brother (Jim) and his wife (Linda) finally succumbed to the begging for a cell phone from their oldest daughter (Madeline). Madeline started begging for a cell phone two years ago when she was 13! She now has her own cell phone at the age of 15 and according to Jim she texts on an average of 600 times a month! My youngest niece who is 3 years old pretends she is talking on her toy cell phone all the time. She also loves to talk on a real phone as I get phone calls from her quite regularly.

Texting Under the Dinner Table!

Looking back when I was a teenager most of my socializing was done face to face hanging out with my friends in the flesh. Today more kids communicate with each other through their techno gizmos such as cell phones. In fact, at a recent family gathering, one of my younger cousins couldn't make it through the holiday meal without texting under the table! This resulted in a big family debate on where/when/and how much is too much use of a cell phone. I had heard stories of the younger generation texting each other when sitting in the same room! If this isn't the beginning of the end of the old "Face to Face Chat" I don't know what is.

Rantings of the Evils of Cell Phones

At the family dinner, my one uncle (Tam) was ranting and raving on the evils of cell phones when I interrupted him asking him- who's cell phone is that? I was pointing at a cell phone sitting on the table; the owner was none other than my uncle Tam! Well at this point my uncle stopped his rant realizing that there wasn't much point ranting on about something he himself had fallen for the allures of. I guess it is hard to continue condemning something you yourself are partial to. I myself am guilty of this (enjoying my techno gizmos) but on the other hand, I do condemn the overuse of them. Like most things, they have their good and bad sides. The trick is finding a happy medium not letting the bad outweigh the good.

No matter what gizmos we choose to use they will never replace the good old "Face to Face". Gizmos will not be able to capture the facial expressions, body gestures, live antics, passion and feelings that a person uses while telling a story live and in the flesh. Hopefully, it is not the fate of the future family meal to consist of us all sitting around the table texting each other and asking in a text "Can you pass the gravy?" 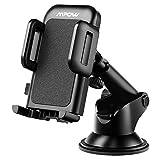