Climate Change- The much anticipated Summit on Climate Change in the Danish city of Copenhagen is now over . The build up had been immense. People from around the globe were hoping international consensus can be achieved in which all countries can agree on taking action to cut their greenhouse gas emissions. Carbon Dioxide from the burning of fossil fuels is the main culprit although other gases also cause damage. The figure that scientists claim will prevent the further warming of the globe because of the green house effect that emissions cause in the atmosphere is 350 parts per million. To do this developed and developing nations such as China need to find alternative sources of fuel generation as well as alternative power for automobiles.

This is the Official Site for the United Nations Summit: http://unfccc.int/2860.php

Here is the link to the Copenhagen home website.There is a lot of use information here for those still wondering about the topic and what the climate change summit is all about.http://en.cop15.dk/

A rebuttal for the Climate Sceptics who doubt the Science.

in Copenhagen was expected be one of the most important meetings since for the Treaty of Versailles. The world needs a universal adoption of measures to drastically reduce the burning and production of carbon emissions into the atmosphere. As Hurricanes and Tsunami continue to remind us in greater frequency that now is the hour that we all humanity needs to act for the long term survival of the planet. Trucks loads of cash will be useless if the earth is scorched or covered in water as a result of climate change.

Here in Australia the negative effects of global warming according to the scientists are numerous. The Great Barrier Reef is under threat from bleaching of the coral. The food production areas and corridors along the Murray Darling Basin for are threatened due to the lack of rainfall-as the Murray River continues to slow due to lack of water. Australian Farmers are increasingly under pressure to find new way of preserving water for their crops. As well many of the low lying coastal areas of Australia are threatened from water inundation if the sea levels rise due to melting of the ice caps. The Pacific Island of Kiribas is at the moment threatened with complete inundation from the sea and is seeking climate refugee status from the region at the summit. 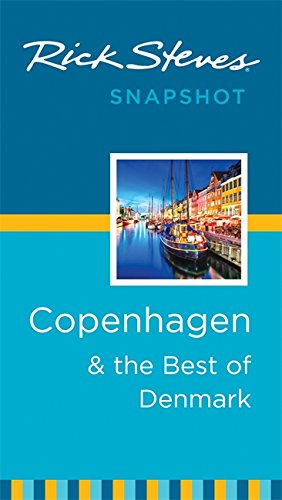 The Hosts are requesting a shift from all delegates towards compromise on sticking points. Meanwhile the leaders of the World fly into today hoping no doubt to just sign off an agreement that satisfied most. For now watch this space !

"We’ve spent a lot of time over the last few days talking about talking – and now it’s time for us to talk about the issues, to talk about the substance. Get into a real political negotiation about the key issues that are causing difficulties in these negotiations. I want to say very clearly this: There is an agreement here to be made. The question is whether nations have the political will to make it. That will require compromises. That will require focus. But all parties need to focus on the key issues. Happy to take questions."

The developed and developing nations seem at the moment to be odds over who should cut emissions, how deep the cuts should be and how much funding should be provided to poor countries to help them shift to greener growth and adapt to a warmer world.

While the overall picture for the moment seems bleak for a comprehensive agreement, there has been some progress in areas critical to reaching a deal.

Africa has dramatically scaled back its expectations for climate aid from rich nations and Japan has pledged about $US11 billion ($12.3 billion) in public funds to 2012 to help poor countries adapt to a warmer world and cut their emissions.

Talks on a UN-backed system to pay poorer nations to curb deforestation have advanced and the United States has pledged $US1 billion ($1.1 billion) in short-term funds to conserve tropical forests.

Given the record number of heads of state that are at the Conference it seems to me incomprehesible that they would walk away without a resolution. It might be the case that they will continue on into the weekend to thrash out some form of agreement to slash carbon emissions.

In the end after two years in the making the Copnhagen Cop 15 convention of 200 world leaders and thousands more including Environment Minsters,advisors, advocates and representatives from Environmental Action groups to name a few came to little. The final document was the Copenhagen Accord- An accord which highlights non binding commitments in emissions reductions. Rather they are pledges given by countries to reduce their carbon emissions. All the countries leaders acknowledge that much more needs to be done. Given the massive lead up the preparation and the global push for action by the world community the Accord has fallen well short of what was expected and more importantly what is required. As Penny Wong Australia's Environment Minister has said on an almost daily basis. The longer the delay the costlier it will be to implement change.

If anything the Copenhagen Cop15 summit has brought global awareness to more people on the subject of climate change. More people will hopefully become engaged in the process in an effort to reduce toxic gas emissions. . Already many countries such as those in Europe operate carbon emission reduction schemes (ETS) and many states in America, such as California are allready well into the implementation of Carbon Reduction measures. Clearly the leaders will be disappointed that a an effective global ETS deal was not struck today. In the future though more measures must be taken to prevent inundation,famine,drought, economic damage due to increased storm damage, and war caused by global warming.

Here is an information on the European Emissions Trading Scheme (ETS) http://europa.eu/rapid/pressReleasesAction.do?reference=MEMO/05/84&format=HTML&aged=1&language=EN&guiLanguage=en