I along with millions of others have for so long have been concerned about the prospect of Nuclear power generators filling the globe.

For instance an accident like the ‘meltdown’ at Chernobyl in the Ukraine in 1986 would be absolutely terrible. Many people have been healthily sceptical by the expert's who seek to assure us that it is nigh impossible with current technology for another meltdown. The assurances given against another meltdown is due to the particular inferior design of the Chernobyl plant. Which, amount other things did not have a containment building. And is now outdated technology. Many improvements have been made.

In 1979 as a 22 year old I watched the movie “The China Syndrome” Jane Fonda played a starring role. Ironically the movie was released within two weeks of the incident at the Three Mile Island Nuclear plant in Pennsylvania. A consequence of that accident even though fortunately no one was killed world opinion changed about the acceptability of Nuclear power generation. I recollect some of my thoughts and feelings at that time; These (nuclear-reactors) have to be stopped or the whole world will become one giant Hiroshima. Then later of course we had the terrible Chernobyl accident in 1986.

Atomic Awakening: A New Look At The History And Future Of Nuclear Power
Buy Now

The universal use of this technology would cut carbon emissions quite dramatically if they replaced coal fired power stations.

The new Fourth generation nuclear reactors produce only ten per cent of the waste of current nuclear reactors. The new breed of reactor is incredible efficient using up 99.8 per cent of the uranium resource. In addition the waste that is left. The wastes that has been produced to date can be reprocessed in these new reactors reducing the waste down a further 90% and reducing the threat of them from 10,00 years to around 200 years. Although very highly radioactive an highly dangerous to humans for a manageable time-frame of 200 years. This means that the waste which is only ten per cent of the usual waste can be safely stored in deep geologically safe mines such as Yucca Mountain. Better still the spent fuel which is the waste of current reactors can be reused or reprocessed in these new 4Th generation reactors. As a consequence the isotope waste although highly radioactive its dangerous half life is reduced from 10,000 years to around 200 years.

Generation two reactors which were during the 1960 to 1980’s have a raft of different designs. Most of the 440 nuclear power stations in the world today are Generation two. All of them use water as a moderator or coolant-so they are called pressurised or boiling water reactors but essentially they are the same.

Recently Generation three reactors have been built. The feature of generation three is that the design and certification standardised. Components are factory built in modular engineered to exacting standards. The standard design simplifies the certification process which reduces building costs. China at the moment is building twelve of these reactors. 300 are I the planning stages around the world. Basically this is the Nuclear power that everyone thinks about. This design uses safer technology than earlier reactors. Built by General Electric & Hitachi these boiling water reactors have had a thorough risk assessment. Calculations of an event like the Three Mile Island incident to occur are 1 in 29,000 reactor years. The development & generation costs are $2,000 per kilowatt compared to $1,500 kilowatts for coal. Of course this does not take into account the massive reduction in polluting green-house gases and smog which traditional coal powered power stations produce which as we know are threatening our very existence.

Generation four (4th) is the revolutionary advance in nuclear power plant development. The development of this plant would allow the industry to burn and destroy 90% of existing nuclear waste which is spread around the world.

The concept is a Fast Spectrum reactor which burns 235 and essentially 238 of the depleted Uranium. Again the exciting prospect is that it can burn existing spent fuel which would be destined to take 24,000 years to be considered safe. What is left after reprocessing is 10% of highly radioactive waste which takes around three hundred years to reduce back to the levels of Uranium which exist in the ground today. The waste is a vitrified ‘synroc’ like substance which could safely be stored in deep underground storage mines such as Yucca Mountain. Safely for three hundred years.

There are many buildings and structures around the world today which have been managed for three hundred years and longer.

According to Professor Barry Brook** building the (4th) generation reactor provides the only possible solution to managing the current nuclear waste, the spent fuel rods that nuclear powered nations of the world are holding.

The benefits of this technology are massive.

Which is a sodium-cooled fast breeder reactor; India is also building one.

Coal fired power stations must be replaced if we are to have any effect on climate change. 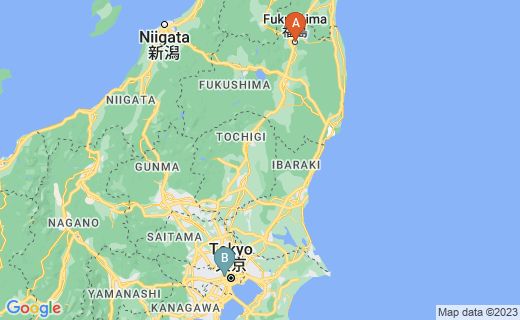 In the past week a number of Nuclear Power Generation Reactors in Japanhave been stopped due to an Earthquake and Tsunami. The Tsunami has compromised the shutdown of three nuclear reactors. These particular reactors are considered quite old being built in 1971.

The Fukushima Nuclear Power Plantshut down as is the Category 9 Earthquake rocked Japan last week. The subsequent Tsunami or giant tidal wave that followed knocked out the electrical power supply to the reactor as well two back up generations also failed. Th power was required to cool down the central core of fission rod material that requires cooling. alternative methods of cooling the core with seawater has to date effectively controlled the reactor. As at midnight on Tuesday East Australian Standard Time the French have labelled the Japan Accident as a 6 out of a possible 7. This may be just an estimate the situation is still quite fluid. As of Thursday (EAST) there seems to have been little improvement with the reactors in Fukushima. Remember these are old reactors are were apparently due for decommissioning. That said it his increasingly evident that the situation is not under control. Despite having all the possible advice from Atomic Agencies around the world the situation currently looks grim. As of this morning an American unmanned aircraft is set to film the area above the reactors to see what the next course of action will be. Watch this space for further detail.

**Professor Barry Brook holds the Foundation Sir Hubert Wilkins Chair of Climate Change and is Director of the Research Institute for Climate Change and Sustainability at the University of Adelaide. He has published two books and over 130 peer-reviewed scientific papers, and regularly writes opinion pieces and popular articles for the media. He has received a number of distinguished awards in recognition of his research excellence, which addresses the topics of climate change, computational and statistical modelling and the synergies between human impacts on Earth systems .