When it comes to politics, there is always someone lurking with bad intentions. Sandy Oaks, Texas will be no different.

The City of Sandy Oaks has a mayor and council persons, what they have to do now is build an hire personnel for a budget office, public works (construction, etc) and security (police, etc).

The new city could actually work to grow the area with businesses that would create tax revenue. While the area continues to grow because of the Eagle Ford Shale, most of these businesses are getting tax abatement's and therefore do not create revenue for the community. Yet, none of these businesses have fallen into the incorporated area.

Annexation is another option: Once the City of Sandy Oaks was established, it gave them power to be able to expand the city limits and "annex" more area.

Taxes: While some of the committee members were using the "no city tax" theory to get signatures, in reality, a city needs tax revenue to run. A tax rate would have to be imposed on it's citizens. The school, water, waste, etc. taxes will not go away.

Making changes are always scary, especially one as big as creating a new city. The old adage, "watch what you wish for...." quickly comes to mind.

Southeast Bexar County residents have been dealing with lack of fire protection since October of 2010, when Precinct 1 County Commissioner- Chico Rodriguez appointed his campaign manager/community organizer Sylvia Ruiz Mendelssohn to a position on the ESD#6 (Emergency Services District #6) board. Ms. Mendelsohn became board president and squandered the funds for Southern Bexar County fire protection on a pet project.The project, a community center that would be run by the Thelma Area Neighborhood Association, which Ms. Mendelsohn co-founded and would profit from.

After a two year battle for fire protection the committee/community members of the area held a petition drive on Saturday, Jan 14, 2012, to inform and collect signatures towards their cause.

Some of the concerns listed:

With the area being quite rural, animal control has been a concern and a big issue within the community. According to a resident at the drive, people continue to abandon animals in the area and there is no recourse, the city animal control is slow to respond, if they respond at all, leaving the area with an excess of unwanted animals.

the City of Sandy Oaks is a reality. Several members of the community complained to the media that they had no idea the vote was happening.

It was astounding that they would not know, as it was in the local media; signs could be seen that this was coming.

The city encompasses the area which would include subdivisions, Water wood and South Oaks, local businesses like Valero, a mom and pop store called Jacks Corner, a fireworks stand and a Dollar General store.

Thanks to County Commissioner Chico Rodriguez, the city was not able to encompass the growing area in Southern Bexar County, instead kept to a area just over 2 miles long and all big business that would help the new city financially; was not surprisingly excluded.

The work has begun, a government for the city has been established. Jim Clement ran unopposed and became Mayor. Mr. Clement was former Bexar Met Board member.

Do you support creation of a new city? 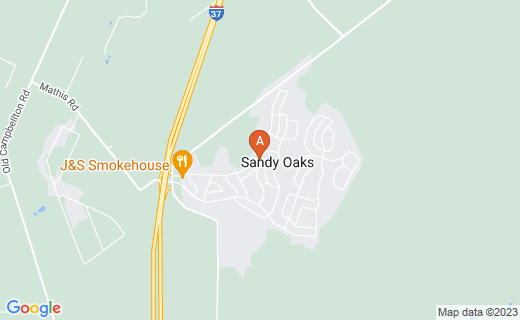