Global Warming is one of the hottest debates going all over the world. Environmentalists around the world are worried about this dangerous situation and are busy in finding solutions to minimize the causes and effects of global warming. Global warming causes the change in climate and it increases the temperature of Earth's near surface air. With the advancement in technology, our lives have become easier but with the cost of environment. Now, almost all appliances and gadgets emits heat and toxic gases. Power plants are the major source, which emits carbon dioxide into the atmosphere.

Developed countries are believed to be the major source in increasing global warming. Developed countries have more vehicles, which emits carbon dioxide from burning of gasoline in the engines. Large number of commercial and residential buildings also plays a major role in increasing global warming. One major cause of global warming is 'deforestation'. We are cutting trees and removing forests for the sake of better life style by building new residential and commercial spaces and forgets about the safety of life and clean environment.

The Madhouse Effect: How Climate Change Denial Is Threatening Our Planet, Destroying Our Politics, and Driving Us Crazy
Buy Now

Effects of Global Warming on Earth

Scientists and Environmentalists all over the world are working to minimize the effects of global warming by further advancing and improving the technology. Better technology is the need for today and future generations by which fewer gases will emit into the atmosphere. Any increase in the earth's temperature can severely affect the climate. Rise in temperature can cause frequent floods, heat-waves, tornados and other such un-invited situations. Another cause of worry is less rainfall or acid-rain. Decrease in rain-fall also affects the economy for many countries where agriculture is the major source of employment.

Apart from depending on green products, we as an individual also need to take the responsibility to minimize the usage of products, which are harmful for the environment. Minimize the usage of heaters inside houses, go for car-pooling, charge your mobile-phones when the battery is about to drain-off, switch-off lights when not in use, grow more plants, use green and energy efficient products. If we will take care of such small things, our earth can remain clean and green for years to come.

Global Warming not only affects human beings, but also affects the marine life. With the increase in temperature, many species will die-off or become extinct. Global warming is really a cause of concern and can drastically affect our lives in near future. More floods, less rain-fall, tornados may become a part of our life, which will leave so many dead and others home-less. It can become a great cause for un-employment and poverty. So, let us 'Go Green and Save Earth'. 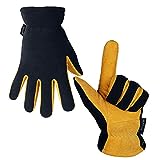