What is G.K Chesterton's view of America and Americans?

Some of the best observers of American culture have been from elsewhere. At times Americans are the worst critics. One observer that I have liked very much is G.K. Chesterton, An English journalist who visited America in the 1920s, but I believe his observations are still relevant. The creator of the Father Brown stories also had view on the Constitution of the U.S.

Chesterton is probably best known for his mystery series of short stories about Father Brown, an unassuming priest, who solved crimes. He was also something of a religious writer and wrote on politics and culture. Although known as a conservative, he often criticized Puritans and inflexible thinkers. He is also known for his use of Paradox or seemingly contradictory statements that may nonetheless be true. He starts his essay talking about how people might stay at home and love people from everywhere but if they travel they meet other people in reality some of their illusion might be challenged. He feels it is not unusual or even wrong for one to find other people and customs to be odd or funny. What he did find to be wrong is to not look deeper and try to seek understanding. “I do not blame them for being amused; it is perfectly natural to be amused at a Dutchman for being Dutch or a Chinaman for being Chinese. Where they are wrong is that they take their own amusement seriously.”

He goes on to explain his own first impressions of America. When he went to the American for his passport, he expected that the American consulate would be American. Consulates, in general, he says are like little islands within another land and oddly maintain their home habits. The officials he met were, indeed, very American in that they were very polite. He has always found Americans to be polite.

He was given a form to fill out which turned out to be very different from any form he had ever had to fill out before. The questions he found were very odd, such as “are you an anarchist?” and “are you in favor of subverting the government?”

I do not know if our forms still ask such questions, but it is not hard to understand Chesterton amusement. At first one might think that the American Constitution is like the Spanish Inquisition, he says. However, one must think a little deeper. Certainly American officialism is peculiar but rather than thinking America is peculiar. What is peculiar about America.. Than one must think more about what America is.

“America,” he says, “ is the nation is the world founded on a creed. The creed is set forth with dogmatic and even theological lucidity in the Declaration of Independence, perhaps the only piece of practical politics that is theoretical politics and also great literature.”

One of the favorite complaints I hear in today’s politics is that America is not perfect and that it has not lived up to the ideals. It seems to be that many want a utopia. However I would point out and agree with what Chesterton says, at this point. “Nobody expects a modern political system to proceed logically in the application of such dogmas . . . The point is that there is such a creed.”

Chesterton goes on to talk about the great American experiment o democracy of diverse races . . . a melting pot. “America invites all men to become citizens: but it implies the dogma that there is such a thing as citizenship.”

I think that he made an important point here because there is a great tendency in today’s politics to downplay the importance of citizenship and not demand that immigrants respect the country, its laws and customs. Without the bond of citizenship, I think, the society is in great danger of falling apart.

“What is unique is not America but what is called Americanization.” No other country is trying to make nationals out of such diverse peoples, he explains. I really think this may have pertinence for our times as I have heard and read that European countries are having difficulty assimilating groups of Muslims.

There is something in the Declaration of Independence which is absent from the British constitution, Chesterton declares. It is theory “which people who can practice it call thought.”The theory of equality.’

I think Chesterton’s observations have a great deal of relevancy for today. The founding documents of our country are probably the most profound political documents ever written. As Chesterton notes, no country lives up to all of its ideals, but that does not invalidate the ideal as something to strive for. I’m disturbed by those who want to downgrade the constitution rather than make it work. Yet, I have hope that a free people will continue to try to make the American experiment work. 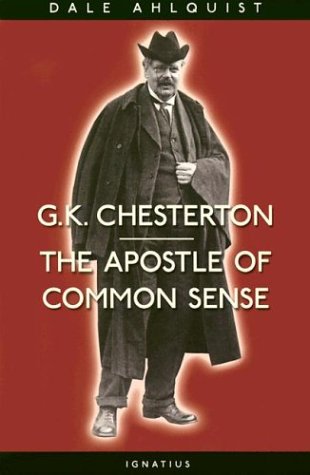 If you have found this to be an interesting read, please vote for it and leave a comment.