Catherine Stolfi has a Master of Science degree and enjoys sharing experiences related to expanding awareness on particular topics.

Atlas of the World
Buy Now

A Geography literacy survey taken of Americans ages 18 to 24 revealed that many young people are unaware of the world around them. The United States is a super power in the world, yet its people are out of tune with how we function within it. The survey, titled the National Geographic-Roper Survey of Geographic Literacy, was conducted between December 17, 2005 and January 20, 2006: the last before then was done in 2002.

Geographic Literacy, according to National Geographic, means more than naming the capitals of the 50 states. It focuses on if America’s youth understands how people and places interact, where things come from, and where we’re going as a country. Geographic literacy is more about global connections, people and culture, economics and environments.

How did the nation’s youth do exactly? Young Americans answered about half (54 percent) of all the questions correctly. The specific results of this survey are even more staggering. 63 percent cannot find Iraq on a map of the Middle East, despite almost-constant news coverage since the U.S. invasion of March 2003. 75 percent cannot find Indonesia on a map: this is discouraging as images of the tsunami and the damage it caused to this region of the world played on television screens and were on the covers of newspapers over many months in 2005. 75 percent also do not know that a majority of Indonesia’s population is Muslim, making it the largest Muslim country in the world. 74 percent believe English is the most commonly spoken native language in the world, rather than Mandarin Chinese. And although 73 percent know the U.S. is the world’s largest consumer of oil, nearly as many as 71 percent do not know the U.S. is the world’s largest exporter of goods and services (50 percent think it’s China). 88 percent cannot find Afghanistan on a map of Asia. 54 percent do not know that Sudan is in Africa, while 40 percent couldn’t place Rwanda there either. In fact, 20 percent place Sudan in Asia and 10 percent put it in Europe. 70 percent cannot find North Korea on a map, and 63 percent do not know its border with South Korea is the most heavily fortified in the world.

Perhaps, most disturbing of all, are the results for American’s knowledge of their own country: 43 percent can’t identify the state of Ohio on a map, and 50 percent can’t find New York, even though it is the third most populous state in the union, after California and Texas. 67 percent can find Louisiana on a U.S. map and 52 percent can find Mississippi, leaving a third or more who cannot find these states in spite of months of intensive media coverage of the 2005 hurricanes and their aftermath.

An explanation for these numbers could be the fact that these young adults are not experiencing different cultures outside the US through travel. 74 percent have traveled to another state in the past year, but 70 percent have not traveled abroad at all in the past three years. Also, 62 percent cannot speak a second language fluently.

The Trivia Lover's Guide to the World: Geography for the Lost and Found
Buy Now

What do all these numbers mean? They suggest that young people in the United States, including the most recent graduates of our educational system, are unprepared for an increasingly global future. Far too many are short of even the most basic skills for navigating the international economy or understanding the relationships among people and places that provide an important context for world events. What do they mean to you? Well, were any of the facts presented here something you did not know? If so, you are not alone. There are many way for us to improve our knowledge of the world though.

National Geographic Education Foundation is trying to use these results to reach out to our young people and figure out ways to help them in their awareness of the globe and their place within it. According to the national geographic survey, “Going online to get news is correlated with more geographic know-how.” Internet usage among 18- to 24- year-olds is higher now than in the 2002 poll going up from 60 percent to 80 percent, and more than twice as many now turn to the Internet for news about current events around the world (27 percent, up from 11 percent).

The survey also noted that using online news is correlated with better performance even among better- educated people. Among people with at least some college education, 40 percent use the Internet to access news from around the world versus 14 percent of those with only a high school education. The college educated that read online news scored a better average score than those that didn’t. Some great sights for news are CNN.com and BBC.com for world news.

According to the survey, “Young adults who own at least one map other than a street map tend to perform significantly better overall on this survey than those who do not.” Most young Americans say map reading is an important skill to have. 51 percent of 18- to 24- year-olds say the ability to read a map is absolutely necessary in today’s world, up from 43 percent in 2002. Yet, many still do poorly on this survey. Perhaps it’s because 38 percent of those surveyed have a US map while fewer than 19 percent have a world map. Great maps to own include, Unique Media Maps, which place major landmarks in their respected places, and any world map with different facts such as country’s populations. Also, try the popular Google Earth, which combines maps with satellite imagery, for a fun way to interact with your world through a virtual globe. It can be downloaded for free at earth.google.com.

National Geographic and leading education, business, and nonprofit partners have launched My Wonderful World, a campaign to increase global learning in school, at home, and in the community. Get tips and ideas for exploring the world, ways to test your Global IQ, and information on this program at mywonderfulworld.org.

National geographic also provides a way to test your own geography literacy through their site. Without proper geography skills, we are unprepared for an ever increasingly global future. Today’s youth needs to know geography in order to understand today’s world to succeed in tomorrows.

More from this Author

Weekend Trip to Philadelphia: From Old City to Valley Forge

Visit Hawaii, the islands of Oahu and Maui for Beach, Surf and Waterfalls

Italy: From Rome to the Southern Mountains of the Countryside 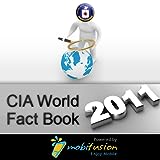