A day in the life

My hometown is known for the quaint, eclectic shops that line the five blocks of its downtown business district.  Fine dining, new and consignment clothing stores, antique malls, art and crafts galleries, and a few retail chains offer myriad options for the ardent shopper to peruse.  Visitors sometimes travel hundreds of miles to leisurely stroll down our main street on a sunny spring day.  There is another side to this downtown area, however—a darker, tragic side.

It is a warm Saturday afternoon.  Your family is traversing the busy sidewalks of the downtown shopping area, peering into storefront windows and absorbing the friendly, small-town ambiance.  Without warning, a man approaches.  He looks around nervously, aware that a city ordinance prohibits “aggressive” panhandling.  He is bearded and disheveled, dressed in rumpled clothing and worn tennis shoes.  He softly asks if you have any spare change.  You offer a few dimes or shake your head apologetically, and move around him.  He hesitantly approaches someone else.  That is how he will spend this afternoon, and every other day in the foreseeable future.

In the next block, another man sits on the bench near an intersection, directly adjacent to a sculpture commissioned by the city as part of a downtown beautification project.  His scruffy exterior is in stark contrast to the fashion style of passing shoppers.  This man carries a cardboard sign with a message printed on it:  a request for money.  His method of soliciting is less intrusive but no less disturbing.  A few blocks north, a man is lying under a blanket on the sidewalk.  He doesn’t want money—he just wants to be left alone.  (In a few hours, the police will arrive to take him to safety after he has been sighted wandering aimlessly in traffic.)

Some of these tragic figures are simply down in their luck, a victim of the economic downturn.  A few are ex-convicts who found survival in captivity easier to manage than freedom.  Others are recognized as having been homeless for years—they have mastered the grim art of surviving on the streets.  Still more are victims of their own psychoses, caught in a pattern of intermittent psychological treatment that mandates their release as soon as a medicated “improvement” in their condition is noted.  It is an ongoing problem for my hometown—a sad and heart-rending problem. 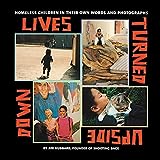 Lives Turned Upside Down: Homeless Children in Their Own Words and Photographs
Buy Now 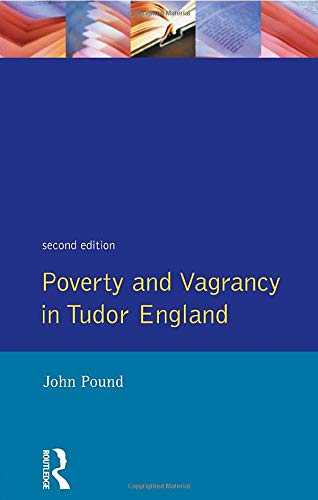 The faces of homelessness

Homelessness is a problem in every major city in the United States—not just the town I live in.  The federal definition of “homeless” describes an individual who lacks a fixed, regular and adequate nighttime residence; an individual who has a primary nighttime residence that is a supervised publicly or privately operated shelter designed to provide temporary living accommodations; an institution that provides a temporary residence for individuals intended to be institutionalized; or, a public or private place not designed for, or ordinarily used as, a regular sleeping accommodation for human beings.  This definition accurately describes the situation but fails to address the inhumanity of living on the streets.

It is estimated that my hometown has approximately 320 homeless “occupants,” of which 50 to 75 live in available shelters.  Over 50 are chronically homeless, and 45 have been homeless in town for over three years.  More than 40 are reported having mental health problems.  These statistics are minuscule when compared to similar studies conducted in major U.S. cities, but this is a huge number for a town this size.  The homeless can’t be hidden or brushed aside, and we remember their faces as we pass them on the streets, time and again.

The homeless have sometimes found abandoned buildings to inhabit, or have built teepee communities near the river.  Others live under the bridge crossing the river on the north edge of town.  These solutions demonstrate the resolve of the many people living without shelter from the elements, but their solutions are fraught with danger.  Occupants of these homeless “communities” have been victims of assault, robbery, rape and even murder.  They are to be commended for trying to create a refuge for themselves, but are in need of a safer solution.

My hometown has a homeless shelter, but it is normally filled to capacity and other answers are needed.  City government and social service agencies have investigated moving it to a new site for several years, but their latest efforts have stalled out.  They are now exploring options for placing the shelter near the county jail.

The pertinent issues include:

1.   The perceived effect of the homeless on business.  The downtown shopping district has historically been a haven for the homeless.  Businesses have complained about pedestrians who have been stopped or even blocked on the sidewalk by strangers begging for money, prompting the creation of local laws prohibiting “aggressive panhandling”.  Mom and Pop stores (with fewer security options) face the added burdens of the homeless inside their stores, asking for change from the register or wanting to use the rest room.  A security guard was hired to ensure the nearby public library doesn’t serve as a de facto shelter.  Police reports suggest a disproportionate number of arrests involve the homeless.

2.  Problems have perpetually delayed approval of a new shelter.  No one can agree on a site for the shelter.  Local government persists in recommending sites on the east side of the city, but neighborhoods are fearful of strangers near their schools or in their back yards.  East side residents angrily point to the fact that shelters are never recommended in neighborhoods occupied by city officials.

3.  Solutions are often stop-gap measures.  Shelters are intended to provide housing but nothing more, with no strategy for education or job skills training to solve the problems leading to homelessness.  A lack of funding hinders any desire to offer more than a place to sleep, but without mandated programs for education and rehabilitation, a shelter offers no lasting solutions.

4.  Standards for admittance cannot be agreed upon.  Most administrators agree that a shelter should be drug- and alcohol-free, but this decision is not unanimous.  Some advocate that staff hold alcohol for shelter occupants, returning their liquor the following day as they leave.  Many administrators are convinced that without stringent standards for admittance, shelters become a destination and actually bring more homeless into the community.

5.  No classification system exists.  There are no mechanisms in place to separate those with mental illness and in need of treatment from the rest.  As a result, those who will never be capable of self-sufficiency are housed in the same way as those who become homeless through personal crisis but are not chronically homeless.

The issues facing my home town are not unique. The same problems exist everywhere. The inability to find practical solutions keep the nation’s homeless on the streets by day and sleeping on a gym floor by night (if they’re lucky). Are shelters a solution, or do they contribute to the problem of homelessness? What is the “right” thing for a city to do? Should a new shelter be built? Where? Should there be conditions for admittance? How should we help these unfortunate, desperate people?

In an ideal situation, there would in fact be two shelters; one for the homeless, another for those with emotional or mental problems that limit their ability to function in society. Both would be alcohol and drug free facilities. Requirements for the shelters would include: a limit to the duration of time one could stay there; in-house programs aimed at enhancing job and life management skills with mandatory participation; cooperation with social service agencies to diagnose physical or psychological barriers that limit one’s ability to function in society; and, participation in studies that further define issues and problems associated with homelessness.

There is no reason to believe two shelters will ever be available in my home town, or that the shelters that exist will offer more than a mat on the floor. This is better than living in a teepee or under a bridge, but is a far cry from the help men and women throughout the country need to find their way to back to a home they can truly call their own.

What can be done to help? 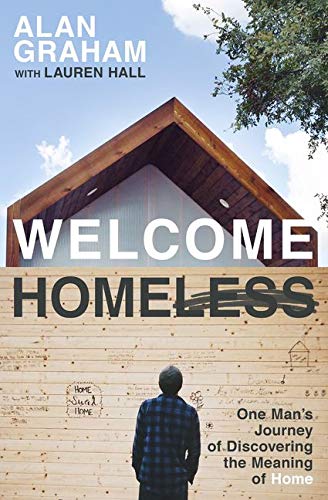 Welcome Homeless: One Man's Journey of Discovering the Meaning of Home
Buy Now

More information about homelessness from Amazon.com