What is oppression? Oppression is defined as the exercise of authority or power in a cruel, unjust or burdensome manner. It is an abuse of power typically manifested by categorizing and dividing people into political, social, economic, or philosophical groups. As the ruling or owning class is established, their values and beliefs become the norm and all other groups are ostracized, frequently through the use of violence. In reality, everyone has been victimized by oppression. It is referred to by other names such as racism, sexism, or ageism. It is evident to anyone raised poor and felt by Jewish people, Catholics, ethnic or racial minorities and women.

As we explore the question of male oppression, it is important to begin by acknowledging the oppression of others. This is not an effort to compare the subjugation of men with women, Jews, African Americans, or any other oppressed group, or to suggest that an oppression of men diminishes another group’s struggles. I do not seek to portray white men as victims to another class of people. I do not claim that men acting as oppressors are not responsible for their actions. This is simply an effort to isolate a particular social question in search of reasonable answers.

White males are typically placed in oppressor roles. At least in America, it is a white man’s world and essentially remains so, despite gains made that include the election of an African-American President. Because males were instructed to compete and win at all costs until they gained positions of privilege, they held power and frequently utilized it at the expense of other groups. Along the path to privilege, however, were scores of hurts that conditioned men to act as the oppressors of others. In the end, they became the villain.

Men are not inherently to blame, however. No one is born with an “oppressor gene”; this behavior is taught and reinforced by society. Stereotyped cultural conditioning forces young males to deny their natural humanness and at least appear tough, unsentimental, competitive and ambitious. Any show of tenderness is often mocked until boys learn to hide feelings viewed as soft or feminine. As males grow older, they are trained that oppression is a rite of passage, a fun and harmless way to bond with others—boys will be boys, you know! Fraternity initiations and hazing rituals are an excellent example of this. Men are taught that sports are a metaphor for life, with clear-cut winners and losers. The messages become that fame and success are prizes for dominating others, and ultimately that might makes right.

Are men in fact an oppressed group themselves? It is easier to accept that men are oppressed but not as men—rather because they are poor, a racial minority, physically different, older or younger, or of a specific religious or political belief. This is a plausible explanation, but I am uncertain it is the entire issue. Despite socioeconomic factors that place men in positions of authority, there is evidence to suggest that men indeed suffer from oppression. What could be considered evidence that men are oppressed? Let’s consider a few examples.

The oppression of men--and hope for the future?

Could these be examples of oppression?

Male children are taught at an early age to deny or control their feelings or “feminine” side (big boys don’t cry!), despite the fact it is widely accepted that emotional release is important to psychological health.  This leads to a lifetime of remaining “in control”, culminating in tension, ill health, and early death; men die, on average, approximately five years earlier than women.  This is not an assertion that women lead lives without stress—it only suggests that a systematic sublimation of feelings is directed towards males at an early age by all facets of society because they are males.

Men also could be viewed as oppressed because of their physical strength.  Males are expected to use their bodies as tools to perform hard work, often leading to grim overwork with little relaxation.  This is certainly oppressive!  Society’s expectation that men fulfill potentially hazardous duties (firefighters, law enforcement agents, etc.) is another example of oppressive expectations placed upon men.  Occupational safety is in fact an extremely relevant issue that is very difficult to confront because society reinforces that men are supposed to be strong, tough, and able to face harsh conditions.  Men who complain are labeled weak or cowardly.  It is true that women are serving in ever-greater numbers in hazardous occupations, but this is a relatively recent circumstance and came about in spite of societal expectations, not because of them.

Men are also asked to use their bodies as a weapon against others.  This may manifest itself in sports such as boxing, wrestling, or “full-contact” boxing, where men are placed in rings or cages and asked to physically beat other men into submission for the sake of entertainment.  Even in non-contact sports such as baseball, competition is so fierce some men introduce performance-enhancing chemicals into their bodies to give them an edge, with little knowledge or regard for the long term effects such drugs may have.

Men also have the responsibility to go to war and possibly be placed in “kill or be killed without question” circumstances.  As in sports, men are expected to act as a weapon, only with higher stakes.  I acknowledge the fact that the armed forces are a voluntary form of service populated by both men and women, but when the United States drafted men into military service, they had no choice but to serve and women were not called—and nothing prevents another draft from being instituted if a need for it is perceived.  A circumstance where one must kill in order to remain alive is unquestionably oppressive.  (I wish to emphasize that my statements are not meant as criticism of the military’s actions or motivations, or of the outstanding men and women that protect our country.  I support and admire those whose responsibility is to protect our country.)

What can be done?

How must the oppression of men be combated? The ideas and expectations for men and women must essentially merge for men to liberate themselves from both an oppressed and oppressor’s role. In our divisive society, competition is emphasized with males, cooperation with females; reliance and exploitation of the nurturing of women is the male way, self-nurturing and caring for others female; males are expected to deny positive emotions, females to embrace them. All of these principles are available and applicable to men as well as women.

However, the self-actualization of a single male is an insignificant tool to combat society’s norms. Improvement must come not only from changing the expectations of males, but through the liberation of all other oppressed groups. This is where gains can sometimes be seen, evinced by Barack Obama’s selection as Presidential candidate for the Democratic Party, and Sarah Palin’s nomination for Vice-President by the Republican Party in the last United States Presidential election. Men, women, racial and ethnic minorities, young people and the elderly must all realize the liberation of one group helps everyone. We must unite as allies, proud of who we are and willing to courageously embrace our true power rather than become stereotypes. This is what is required to break down the distinctions which divide us and put an end to oppression. All liberation must lead to unity.

Sounds impossible, you say? Maybe it is, but does that mean we shouldn’t try?

Read other hubs about social and cultural issues 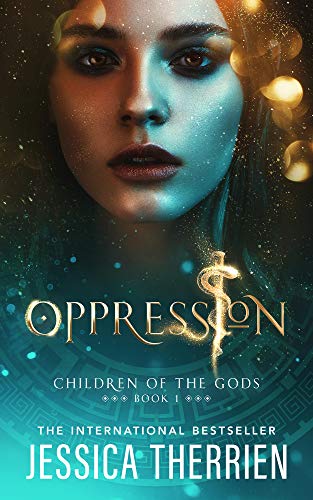