How Citizens Can Fulfill Our Role in Government

A few years back I received a survey in the mail (old-style postal mail) from my districts U.S. Congressman. The survey had roughly twenty questions in it. The questions focused on determining my stance on a number of different issues that are discussed often on the streets, on-line, and over the air in public broadcasts. After reading and filling out the initial survey, I said to myself, this survey does not even mention the biggest concern of all. So, instead of mailing the response back, I elected to use the more modern internet to send an e-mail to my Congressman.

How to Send E-mail to Your Congressman

Before we get to that, here is how to use the internet to write to your Congressman. Contacting your congressman through the government web-site online is fairly straight-forward.

I received your U.S. Post Office survey, and have elected to respond by e-mail.

Thank you for passing House Resolution 5. I had looked forward to seeing something like the Enumerated Powers Act being passed and was pleased to see that it was included as rule number 1 in H.R.5 for the 112th Congress.

It is my opinion that the number one problem facing government today is a lack of confidence in our public officials at all levels of government. I believe the solution to that does not lie in dealing with any one particular issue. Instead, the solution lies in reaffirming and/or reestablishing the roles and responsibilities of the various parts of our government, and includes promoting and encouraging the role of citizens. The popular notion of government being an adversary to the people combined with the apparent belief that the federal government has unlimited powers, is (again, just one man's opinion) a root cause to the lack of confidence in government.

Unfortunately, the people’s role is not so well defined in the Constitution. We all know we need to vote. Many of us seek to determine how to vote based on where candidates stand at election time on issues. However, in these times, the once every two years approach is inadequate. As advances in Internet availability are made, I suspect that more folks will seek to communicate on-line.

The You-Cut web-site formerly hosted by Rep. Cantor offers constituents an easier and timelier method for providing feedback. It offers representatives a method by which they can present issues that are to be acted on in near-term. I would offer for consideration that this approach would be of more general use to Congress and to the people if some improvements were made: 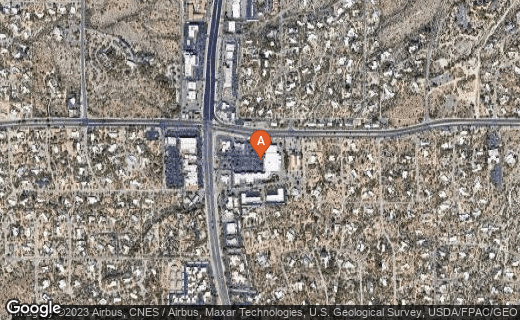 The events of January 8, 2011 in Tucson, Arizona encouraged slightly different arguments that might also be used in support of the use of on-line web-sites for communicating with government.

The most immediate response to the tragedy (other than the usual and to be expected finger-pointing) seemed to be "we need to protect our congressmen". Unfortunately, protecting congressmen requires additional bodyguards who would need to be with our congressmen when they appear before the public. They would need to be paid by somebody, with the bill for that service eventually finding its way back to the taxpayer. While this approach provides additional protection, it also offers the appearance of yet one more barrier between the people and their representatives. The last thing the taxpayer needs are more taxes that would support an appearance of further separating Congress from the people.

The events in Tucson were less than a one in 300 million occurrence. Every other citizen in this country who cares about politics has not resorted to resolving their differences through violence. Every other citizen in this country has not been influenced by what is being referred to as "vitriolic" rhetoric. Most of the other 300 million citizens are entertained by the rhetoric, rather than driven to acts of madness and violence. We like watching entertainers (the latest evolution of newscasters), especially when they take themselves too seriously, and especially when they argue solely for the sake of pointless arguing.

Tucson was an exception rather than the rule, and should be treated as such. Those actions are not consistent with the actions of the normal everyday person who is seeking to actively participate or who is seeking to have their voice heard. However, it appears the press and others who engage in the kindergarten art of finger-pointing will gladly look beyond this fact and use the event to support whatever agenda they have. They have no sense of shame.

As noted in the letter, our government is not intended as government versus citizens. The fact that this appearance is encouraged by media indicates that our newscasters have already been indoctrinated to and encourage the idea of a country divided. Some might say that they too have partaken of the cool-aid. This is not who we are.

Given these type of events, we should reconsider a web-site like You-Cut. Imagine a web-site that has extended beyond asking the people the simple question ‘which item would you like us to cut from the budget?’ Imagine a web-site that supported reasonably intelligent discussion between people, between people who understood that we all have different points-of-view, between people who are willing to take the time to explain to others how their particular choice of values relates to the choice they would want their Congressmen to make. I’d offer that such a web-site would encourage participation by the people, and could allow us to see that our Congressmen are indeed responding to their majority of their constituents rather than to some other value (in particular the partisan values that have been so readily apparent over the last few years).

While open collaboration over the Internet is not a substitute for town-hall or "Congressman on the Corner" type meetings, it is a much safer method of reaching out to and encouraging the people's participation.

It's all about choices

In this, as in all things, we have alternatives.

We can choose to erect more barriers with day-to-day guards for our Congressmen.

We can choose to promote openness and transparency, so that we can see how our dollars are being spent, and so that we can have our Congressmen tell us where they stand.

We can choose to promote participation and collaboration to reach out to the people and encourage them to actively participate in being represented.

We can choose to "not care". (Personally, I hope this never becomes the case.)

We can choose not to allow a singular event to be our guide to a way forward. Whatever choice our Congressmen make, it will be an indication of the values they hold most dear, and of whether they will hold true to the values they voice.

Thank you for taking the time to read.