What can cause a massive outbreak of insanity that results with an apocalyptic scene of bedlam?

Frank Olson was the CIA scientist who organized the field testing on unknowing human guinea pigs in 1951 in the small town of Pont-Saint-Espirit that was dust-cropped with the highly potent hallucinogen LSD. Over 700 people were affected and ended up with suicides and murders. One incident was of an eleven old boy trying to strangle his grandmother.

In the book, Mary's Mosaic: The CIA Conspiracy to Murder John F. Kennedy, Mary Pinchot Meyer, and Their Vision for World Peace by Peter Janney, there was "mass hysteria, affecting close to seven hundred people for several days. With hundreds of people gripped by terror in acute psychosis, wildly hallucinating, the town became a veritable insane asylum."

In the book, A Terrible Mistake: The Murder of Frank Olson and the CIA's Secret Cold War Experiments by H.P. Albarelli, the drug was being tested to see if “it can be used as a weapon to disable entire enemy platoons” was originally to be tested in the New York subway system a year earlier but was launched in France instead.

The expert team that was sent to help the stricken town was lead by the inventor and drug suppler to the CIA was Dr. Albert Hofmann of the Sandoz company. A false story was concocted to cover up Sandoz complicity and was published in the British Medical Journal that ergot mold in the bread was the culprit.

It was not known until 2009 that the CIA crop-dusted LSD over the town and not add it to the bread or other foods. But they have been more NYC experiments of releasing the drug under the operations code names Big City and Mad Hatter in the early 1950s. Dispersal via exhaust pipe smog or aerosol can bombs of LSD. In the veiled parlance of the CIA, the word 'stormy' was the code word for LSD.

Medical use of LSD n patients ended in 1980, in the 1950s many famous people used acid for different reasons. Ken Kesey was a volunteer human test subject that included “LSD, psilocybin, mescaline, cocaine, AMT, and DMT”, he later authored in 1962 'One Flew Over the Cuckoo's Nest'. Francis Crick was tripping when he envisioned the "double-helix structure of DNA" and President John F. Kennedy took a mild trip with Mary Meyer in the White House.

There is a big difference when people are using these psychoactive drug knowingly and willingly in a pleasant environment and being part of the urban underclass and kidnapped off of American city streets and forced to undergo barbaric and then released maimed for life mentally.

There is a saying that the most active night for the police is on a Friday night and even worse a Friday night with a full moon is when all the craziness happens. But it is strange and bizarre that these outbreaks of madness happen in clusters like a virus spreading from person to person. 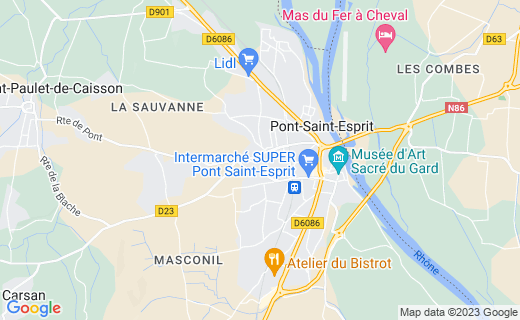 Accessed 07.20.2012 Pont-Saint-Esprit is a commune in southern France where a mass outbreak of insanity occurred in 1951 http://conspiracy.wikia.com/wiki/Pont-Saint-Esprit

As a student in Harvard, Kaczynski was part of an unethical experiment conducted by OSS chief psychologist Henry A. Murry. Pre-screened for alienation from society norm, students were asked to give a bio of themselves and this information of each person was used against them in a later humiliating attack to induce "... emotional and physiological responses associated with a demeaning and even threatening situation - being strapped in under large white lights with a camera rolling ... Later, they were asked to watch the film of themselves being verbally deconstructed." Jonathan Moreno, "Mind Wars" 2012

The number one legendary example of a human made monster is Frankenstein, the mad scientist who built an unnatural creature with an unsound mind. "It speaks of the danger of science without duty."[1] Godzilla is the classic fear of nuclear radiation and its detrimental effects on the environment. In Alien: Resurrection, Ripley is cloned as a human/alien hybrid to be used as a biological weapon.

The repeated theme of out of control technology underscores the universal underlying fear that science outpaces morality.

The Amish are not Luddites but are against technology that hurts family and group cohesiveness such as with the Hikikomori of Japan, self imposed shut-ins who never leave the isolation they created for themselves with modern telecommunications.

But human subject research is not just sci-fi but has been regrettably done in the name of science in the past. Do you know how the modern life-jacket was designed? If you look at the movie “The Titanic”, you will notice that the old style did not have a puffed up neck brace as we now have today. The Nazi's found out that humans lived longer in frigid waters when the back of the neck is kept out of the water.

"The subject was immersed in a chamber of ice cold water, dressed in a full flying outfit complete with a life jacket. It took up to an hour and a half for the subjects' temperature to fall to 29.5 degrees and body temperature continued to fall after the subjects were removed from the water."[2]

The United States also have used human guinea pigs in experiments. Hundreds, maybe thousands of people have been exposed to LSD by by the CIA in France, New York City and San Francisco from 1953 to 1964.

"In the book, A Terrible Mistake: The Murder of Frank Olson and the CIA's Secret Cold War Experiments by H.P. Albarelli, the drug was being tested to see if 'it can be used as a weapon to disable entire enemy platoons'”[3]

Is current social engineering a form of human experimentation? Are they an open secret hidden in plain sight? Watch the video below to listen to the final explanation of the X-Files movie soundtrack.