I Am Bone Tired of War: A Moment with Bill Reflection

Fact or Fiction? I Think You Know the Truth

Where is my baby boy? Where has he gone to, and who is this man who stands before me? He faintly resembles someone I once knew: same build, same height, but no, he can’t be, no way, look, look at his eyes, those aren’t the eyes of the child I nurtured. The life is gone, the merriment gone, replaced by a lifeless stare devoid of hope.

Where is my baby boy? The one who ran and laughed, giggled and was so full of life. Where can he be? I’ve looked everywhere for him, high and lo, near and far, but he is AWOL from those who love him, still marching through the sandstorms and the jungles, still fighting for his life, still hearing the screams of the wounded, and the beating of his own terrified heart.

Where is my baby boy? Trust has been replaced by suspicion; carefree replaced by regimented; hope replaced by resignation. At night I hear his cries as sleep brings nightmares, extensions of a war that will never end within him. He paces the halls at night, the sentry always on guard against imagined dangers, the war zone never far from his fractured reality. 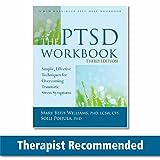 History Speaks for Itself

I am, in many ways, a product of war. I’m a member of the Baby Boomers, one of millions who were conceived and born shortly after the end of World War 2. G.I.s came home, met a girl, married, had children and began to chase the American Dream, a two-car garage, white-picket fence, steady job, friends, a few beers, and happily ever after. World War 2 taught our parents that war is hell, and may God have mercy on anyone who forgets that simple truth.

And then the Korean War happened, followed by Vietnam, and body bags piled like cord wood shipped home to families who lived behind those white picket fences, and suddenly that two car garage only needed space for one car, and citizens once again said “NO MORE TO WAR,” we’ve had enough, we’ve lost too much, could we please in the name of all that is holy just stop fighting enemies we do not see? 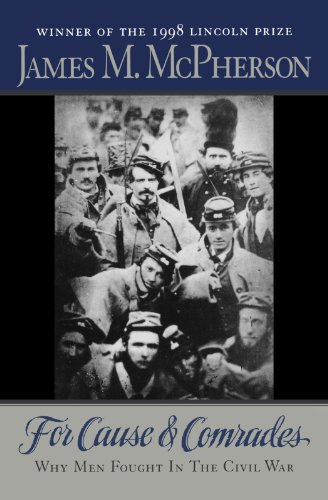 For Cause and Comrades: Why Men Fought in the Civil War
Buy Now

I Am Bone Tired Of….

After World War 2 they called it shell-shocked. Today they call it PTSD. Fancy, and not-so-fancy names, for the thousand-yard stare, the faraway look in the eyes of a soldier who is no longer in the war zone physically, but mentally is still waiting to feel the steel-jacketed round enter his body and extinguish all hopes and dreams. He flinches when he hears a loud sound. She ducks when a bird suddenly appears. Shadows on a playground are sinister, and all moving objects are potential weapons.

They are home but they are not home, and try as they might, they cannot reconnect with civilian life, for how do you explain the unexplainable to those who have never seen it? How can you love life when death is ever-present? How can you trust emotions when emotions only weaken you, and once allowed will only bring back memories of man’s inhumanity towards man?

We ask the impossible of them, and then sadly shake our heads when they cannot give it to us.

In the Oval Office and the Halls of Congress, in the Pentagon and the boardrooms of major corporations, decisions are made, calculations are figured, and acceptable loss is factored in, and then off to battle the pawns go, in the name of freedom, in the name of revenge, in the name of profit, but oddly the ones making decisions are never the ones losing their lives, and why is that we ask?

The Physics of a Bullet

Kinetic energy it is, a nice, tidy little name for a whole bunch of hurt. Take the bullet’s weight, factor in velocity, and toss in a pinch of gravitational trajectory, and we have some serious damage. As the bullet enters the human body, laceration and crushing wounds occur. Tissue and bone are punctured, anything in its path is crushed or pushed aside, and a cavity is formed, possibly thirty times wider than the bullet size. In less than a second after the bullet has entered, the cavity closes, but by then the damage to tissue, organs, and bones has been done, and we aren’t even talking about the shock waves that follow.

And then hits a body.

Hit a body of water hard with your hand and watch the effect. Shock waves will spread out from the point of impact. The same is true when a bullet hits a human body. The amount of damage also depends, of course, on what it hits. Soft tissues carries shock waves more easily, since bone is dense, but bones splinter, and then fragments travel through the body as tinier projectiles, and ain’t that the shits, folks, as one bullet becomes many, and now let’s design bullets that can cause the max in damage, the jacketed bullets, the hollow-points and so-called “soft bullets,” they flatten, they spread, they tumble and they fracture, and that means wider tracks and yet more wider shock waves and cavitation.

Cavitation….isn’t that a lovely word? What it means, of course, is a big mother of a hole, as in where there was once a fully-functioning body, now there is only ripped tissue wide enough to stick your hand in.

He’s in that field over there trying to stuff his guts back in his body cavity.

War By Any Other Name

So let’s clean it up, because war is such an ugly word. Let’s call it Operation El Dorado Canyon, or Operation Nimble Archer. Much better, don’t you think? How about Operation Earnest Will, or Operation Prime Chance? Sound good to you? Or name it after insects, like Operation Praying Mantis, or birds, as in Operation Golden Pheasant. Nice tidy little names that sound so lovely, but get down in the foxhole, and look at the wounds, and smell the discharged bowels and wipe the tears from the dead faces, and a name is just a name, and they all add up to death.

He’s not coming back, mom, and if he does, if he’s one of the “lucky” ones who actually touches back down on American soil, he’ll be scarred for life and never, and I mean as in not a chance in hell, will he be the same again.

I am bone tired of war.