Individual Worth and Healthcare

My opinions about healthcare and health status begin with a threefold foundation:

With these three stances in mind, I answer a question about American government involvement in healthcare per HR 3200 or America's Affordable Health Choices Act of 2009 (Introduced in House) as it is listed online in full at the website of the Thomas Jefferson Library within the Library of Congress.

I have witnessed both effective and ineffective healthcare services provided by Medicaid, Medicare, State University Student Health Systems, and the Veteran's Administration to persons that have been my patients, clients, students, and friends. Healthcare operated by any person, private group, agency, or government department will produce successes and failures and this is to be expected. However, my overarching concern is the case of avoidable and unnecessary failures.

Hubber LondonGirl has written a series of pertinent and well crafted Hubs about UK National Health Service and seems happy with the overall system and the care that she and her child receive in England.

In preparing resumes and portfoilios for healthcare professionals in Ontario, Canada, I have been informed by nurses that the Canadian system - in Ontario, for each Province has its own - pays only up to 37% of the bill. The patient is responsible for the rest of the costs and private health insurance sales have begun - and risen. The waiting times at private physycians' offices and clinics is said to be shorter than that at the Provincial care sites. I am surprised about all this and need to research the Canadian Provincial healthcare further.

Life and Death - Costs and Choices

As a child, I always believed that certain things should be free to every human being. These are water, adequate light and heat, and healthcare.

My young logic was that if water falls from the sky, why should we be made to pay for it? Even after visiting a water treatment plant and realizing the effort and costs involved in producing water for consumption, I still thought water should be free.

I also thought it should be a crime to allow anyone to die because they had no heat in winter or because they could not pay for healthcare. Healthcare will likely never be free, because it is expensive to provide - not only the assessments and evaluations, equipment, office space and other overhead, treatment, and prescriptions, but also the education and training of healthcare professionals. However, healthcare has become a big business in some areas of practice and some areas of the country, and perhaps this could be mellowed.

HR 3200 is long - 1,017 pages - and complex in spots, but I think everyone should read the entire bill. If readers have questions or fears about any part of this bill, then I believe they need to contact their Congressmen about it and insist upon answers.

Approximately 10,000 people in Central Ohio were alarmed about 1) page 425 of HR 3200, and 2) an increase in city income tax of $50/10K of income and protested at the state capitol on August 1, 2009. Some I have spoken with state that they received form letters from their Congressmen, but no answers. If so, then this is one of the avoidable failures I mentioned earlier. If answers cannot be given, then some people will likely become angry and afraid.

Historically, and even in some places today, when civilizations are encroached upon by decreasing resources among an increasing population, they observe traditions of female infanticide and elder euthanasia.

The American Fearful see forced euthanasia on Page 425 of HR 3200, where none is so stated. If the feared provisions for end of life counseling that are stated were to be misapplied, then there would be reason to fear. However, that misapplication is not a certainty.

The American Fearful see the phenomenon as a little like Alice in her wonderland - backed into a corner of a strange room by an advancing chessboard floor pattern that threatens to gobble her up. Does she fight, flee, or simply die? There are three choices and the third is to give up and die or to negotiate or reson the situation to positive results. The fearful need to obtain the facts before panicking and communicate with their Congressmen in order to understand HR 3200 and to ask for changes to the bill, if they want them.

Spring-boarding into the 21st Century from visible beginnings in the latter half of the 20th, a type of “euthanasia movement” has grown more visible and acceptable. Some individuals want to be able "to die with dignity", as they say, with the help of a physician. From time to time, the news is full of assisted death cases and the battles over whether this is moral and legal.

This is revolting to those that would choose to live at any cost -- Growing numbers are concerned or upset and at least in my state, they believe that end of life counseling would be forced upon them every 6 months, with growing insistance upon euthanasia as the best choice in the light of advanging age and declining health status. HR 3200 does not state this, but indicates that a change in health condition would trigger patient counseling and education about the end of life and its related choices, particularly power of attorney, living wills, and the like. We hope that this would not be misapplied with a heavy hand.

For reference, some physicians themselves foresee a trend toward a type of enforced euthansia in America and one of these individuals is Dr. Richard Swier. He publishes a blog about this and other health issues at Red County at http://www.redcounty.com/related-content/ government assisted suicide.

Some of the same fearful folks do not want their tax dollars to pay for abortions for a couple of reasons: 1) some believe it is murder and 2) some do not want to pay taxes - or to allow taxes to aide anyone that does not work. They fear overly high taxes. At the same time, some people use abortion as birth control and it is certainly a way of decreasing a population where resources are scant. Abortions stand at an average of at least a few 1,000s per day in the US in 2009, according to NIH stats.

So, we're a little like the historic, and some present-day, cultures that have culled the youngest and the oldest in order for the group to continue to exist. In the face of lack of resources and overpopulation, it may be easier to see less value in an infant, a senior citizen, or a disabled person.

What is Basic Healthcare under the Healthcare Reform Package? I hope to determine that as I continue to read HR 3200.

I also want to know 1) how much the new government healthcare plan will cost an individual and a family per year and 2) if the plan will be legally mandatory for adults that have no other health insurance.

ST:TNG -- Half a Life, with David Ogden Stiers 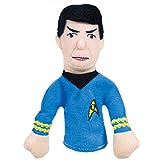 Will America become the futurist story Logan’s Run, with the mandatory terminal age of 21 raised to 62, 70, or 75? Rumors of this have circulated since at least the early 1990s.

Will there be a real Logan’s Run 2010? Might seniors and the disabled be seen running - or wheeling – away from an early death sentence? Star Trek: The Next Generation (1987 – 1994) presented an episode about planned termination as a boon to an alien society and a valuable tradition. Such treatments make the notion seem more acceptable. Is it a possibility here?

Regardless of the language on Page 425 of HR 3200, some people are afraid of forced euthanasia. If their Congressmen cannot provide them with effective answers and education about this portion of HR 3200 in particular, then fear may escalate into panic. That is an avoidable failure.

Again, I think everyone needs to read HR 3200 and put related questions to their Congressmen.

At the same time, it is possible that factions wishing HR 3200 defeated for political reasons may attempt to create panic by spreading rumors about mandatory euthanasia. The best inoculation against such fear is accurate information and we need each to look for it.

It is also wise for individuals to take responsibility for their own health to the extent that they are able, in order to have a more enjoyable life and to refrain from overburdening the overall healthcare system of the nation. After all, being 200 pounds overweight because of overeating, while smoking 5 packs of cigarettes a day, and demanding free healthcare is a bit unreasonable.