Prologue: I Am Sorry Thomas Jefferson, but Sadly, You Have Been Ignored

AS IT PERTAINS TO EDUCATION IN AMERICA, MARCH 21, 1973 SHALL BE KNOWN AS A DAY OF INFAMY! That was the day when an Eisenhower appointee, Warren Burger, who was later made Chief Justice by President Nixon, joined by three more Nixon appointees, Lewis J. Powell Jr., William Rehnquist, and Harry Blackmun, as well as a long-time conservative, strict-constructionist Justice, Steven Potter, decided the "Right to an education in the United States in NOT a Fundamental Right"!! In other words, it was Constitutionally fine if only a chosen few were allowed to be educated in this country. President Jefferson, I believe, would have had these men shot as traitors or at least deported back to England), so strong was his belief in the need for education for all American citizens..

The case, lost for some reason in the annals of history (abortion, it seems, is a much more sexy, and therefore memorable, issue) is the 1973 case San_Antonio_Independent_School_District_v_Rodriguez, citation US 411.US.1.71-1332. It was a pretty easy to understand case. Like almost all school districts, much funding came from property taxes and, as will discuss in future hubs, this leads to extreme inequity between poor and rich school districts. The SAISD sued to get a more equitable distribution of funding arguing a reasonable education is a fundamental right under the equal protection clause of the 14th Amendment. Like the conservative Courts following the passage of the 13th, 14th, and 15th Amendments who dismantled all laws Congress created to enforce these amendments, this Court found there is nothing explicit nor implicit in the Constitution giving citizens a fundamental right to and education. They did not buy into Justice's Thurgood Marshal's dissenting opinion that"

... a right’s “fundamentality” depends on the importance of the right in effectuating constitutional guarantees." ... that "education is so important to the exercise of rights protected by the First Amendment and to participation in the political process [as] to create a significant nexus between education and these rights, making it fundamental. “As the nexus between the specific constitutional guarantee and the non-constitutional interest draws closer,” the more appropriate heightened scrutiny becomes."

Apparently, the educating of America wasn't that important to five conservative Justices.

Is This the State of Our Education of the Future?

Has the Role of Education Changed?

I firmly believe that the education of American youth, from Kindergarten or 1st grade through 12th grade, is a national security issue and it needs to be treated as such!

The dynamics of how we should view education changed when more than one nation had the ability to effectively wipe another nation off the face of the earth with nuclear weapons. At that point no longer could a nation like to have an educated and literate public, instead having an educated populus became a necessity if that nation hopes to survive in the long run.

By definition, if something is a necessity for a nations survival, then it is a national security issue; America is no exception. So, where do we stand? It is sad to say that America has gone from probably the best educated group of people in the world prior to and shortly after WW II to dismal mediocrity today.

I won't go into one of my long-winded (I never knew I had that in me before I started writing on hub pages) arguments as to why having the best educated populace is now a necessity at this point; I would hope it is self-evident. But, if I see from the comments more argument is needed, I will write another hub, lol.

As I said it should be self-evident as to why having the best educated populace is now a necessity at this point so let me be brief on this point. Suffice it to say that without being better educated, as a nation, than our adversaries, then, sooner or later, are adversaries will have developed the follow-on F-22 fighter, or follow-on stealth bomber technology sooner than could America. Already we have to depend on foreign allies for critical military parts. This is a clear link to national defense but we are losing the race in many other areas as well such as the general area of innovation.

Once upon a time, when our schools produced students that ranked at or near the top in of the various aptitude tests such as reading and math, American was the world leader in innovation and then turning those innovations into useful products and then producing those products. Four decades ago, we started losing our capability to manufacture what we innovated but this was more due normal world economic maturity than anything else. But two decades ago, America started losing it lead in turning our innovations into useful products period. Today, we are losing are grip on being the world leader in innovation altogether. You can see a direct correlation between this decline and the decline in Elementary and High School test scores! That, my friends, IS a national security issue.

Where do I get these two notions from? It came from a talk that then-General Colin Powell gave us at the Air War College where he maintained that we didn't need to build the F-22, we just need to be able to build if faster than our enemy can. Well, if we can't get back our lead in education, then we better start building more F-22s because we sure won't be able to develop the next generation faster.

Our deteriorating education system shows up in our inability to discern fact from fiction in the electioneering of our politicians, to the wholesale apathy of parents toward their children's education, to the ever increasing drop-out rates, to the frantic searches by our educators to find the magic bullet on how to teach kids so that they learn, to the (pardon my french) piss-poor results our children show on the various aptitude tests. Like Little-Bo-Peep, we have lost our way and we keep relying on the same old, tired, politically-based education system to fix it. Doesn't common sense tell us loud and clear that if we keep the same fundamental foundation on how we provide education to our youth, it is only going to get worse, not better?

Homeschooling in America: Capturing and Assessing the Movement
Buy Now

The Delivery of Education is a Mixed Bag

HOW we deliver education to our children in American is abysmal, absolutely disgraceful! (I am not particularly opinionated, just observant, lol.) This isn't a Tea Party, a Right-wing Conservative, a Republican, an Independent, a Democrat, a Liberal problem because they are all responsible for this mess.

Can you, as a reasonable, thoughtful reader, really believe that American youth can receive a quality education under these conditions? I certainly can't and I haven't even touched on teaching itself; only the infrastructure that provides the environment where teaching may or may not happen. My focus for this hub is on the infrastructure and what to do about it, rather than teaching methodologies or how to incentivize teachers.

WELL, at least some ideas I have. Also, I am going try a different approach in order to shorten my hubs, I noticed they are getting a bit long, lol

What I propose to do is simply identify below what I think possble solutions to this dismal situation ought to be and then spend a hub "dilating" upon each of them. That way I can keep the hubs digestable and have any comments be specific to a particular solution. So, what are my ideas? They are:

6/12/2014: THOMAS PIKETTY, IN HIS NEW, FEB 2014, BOOK, Capital: in the 21st Century, makes a convincing case that the level of national education is directly tied to 1) its economic standing in the world community and 2) the level of wealth and income inequality within its national boundaries. Where a country stands in relation to other countries, especially its adversaries, economically is clearly a national security item; but so it the level of wealth and income inequality within the society because of the amount of civil instability it breeds.

Earlier this year, pasted all over the news were articles on how only the upper class of Americans were better off economically than their Canadian and European counterparts. The economic middle and lower classes have fallen behind. In some of those articles it was noted that one differentiating factor was that during the Great Recession of 2008, while America cut back its funding to education after President Obama's attempt to keep it stable using part of his stimulus package, Canada and Europe invested in their education and retraining efforts. Consequently, their citizens came out much better prepared to enter the job market once things got better. (Also, most countries didn't have an opposition Party trying to hold progress back in order to make the current officeholder fail.)

Piketty makes the same claims in his book, although his are backed up with tons of data. He shows that as knowledge becomes more and better distributed in a society at all levels, then wealth and income (two different things) inequality tend to converge within a society and among nations. He shows how a focused national education policy is a major factor as to why Asia, including China, caught up to America and Europe economically and why an unfocused American one is leading to our decline.

Opinions Matter To Us All

Do You Think Education Should be Classified as a National Security Issue in this Day and Age? 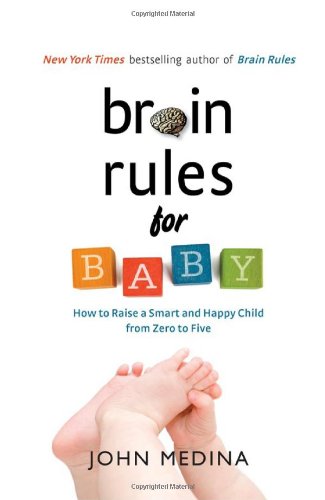 Brain Rules for Baby: How to Raise a Smart and Happy Child from Zero to Five
Buy Now